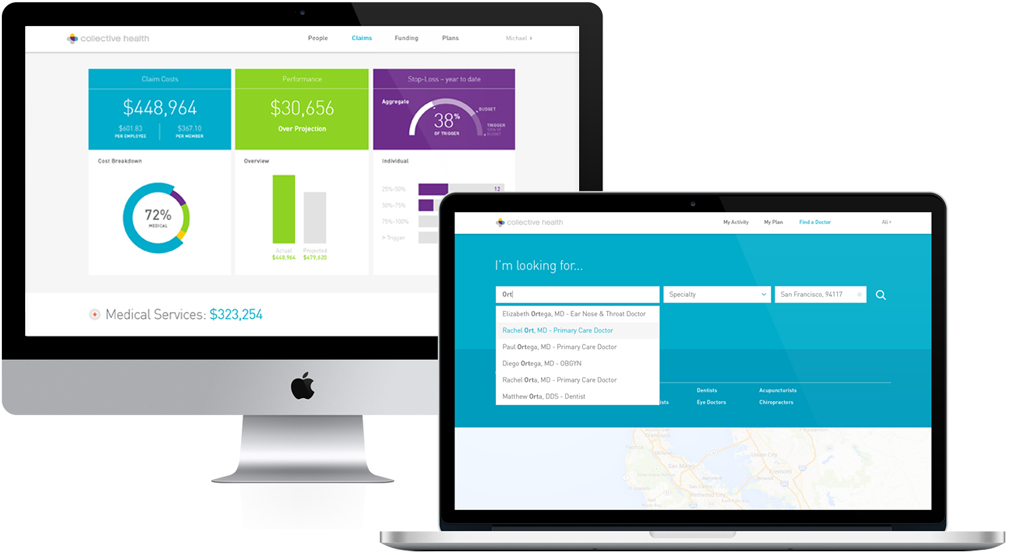 Collective Health, a startup revolutionizing the employer-sponsored health insurance market, has raised $38 million in Series B financing led by New Enterprise Associates (NEA) and Founder’s Fund. The funding values the company, which launched on Jan. 1, at $107 million.

Collective Health has developed a platform that makes it easier and more intuitive for small to midsize employers to self-insure. By self-insuring — rather than adopting an off-the-shelf plan from a major insurance carrier — employers are able to better manage costs while also providing a better experience for their employees, the company argues.

Ali Diab, CEO and co-founder of Collective Health, points out that most innovation in the health care space is focused on “shiny objects” — that is, the kind of innovation that grabs attention quickly from a consumer standpoint, such as health-tracking devices, or apps.

“But if you want to change the system, you have to get to the heart of health insurance,” he noted.

Most companies with 5,000 employees or fewer usually turn to a big insurance company, such as United Healthcare or Blue Cross Blue Shield, to create an insurance plan for their workers. Those workers will be grouped in a larger pool of subscribers, helping the insurer spread risk. The problem is that many businesses, especially those with younger or healthier populations, will end up swallowing more costs than they should because they are subsidizing the larger group.

“Self-insuring allows these companies to pay more fairly for the risks of their company and identify risks in the employee population that they can get ahead of,” Diab said. “An insurance company doesn’t have the incentive to show you that information.”

About 94% of companies with more than 5,000 employees are already self-insuring, including tech giants such as Google (GOOG). Smaller entities have been slower to make the transition because it’s complicated to navigate the system.

The implications are huge for companies and the U.S. as a whole, especially as we look to control rising health care costs. Nearly 150 million Americans receive insurance coverage through their employer, according to the Kaiser Family Foundation. Right now, only 16% of firms with less than 200 employees self-insure. There’s significant opportunity to save the system big bucks by making sure companies are paying only what they should, and self-insuring is one way to make that happen.
[fortune-brightcove videoid=4036881860001]

“NEA lived through this transition to becoming self-insured. It was a huge hassle,” says Mohamad Makhzoumi, a partner with NEA who headed up the round of funding. “As more companies move to self insure, and having lived through the nightmare, I’ve been looking for a better way to do this; a tech-forward company or product that could help employers navigate the murky waters.”

Makhzoumi found it in Collective Health.

Collective Health is developing a first-of-its-kind solution that helps employers make the move to becoming self-insured, and then sticks with them via a cloud-based member platform that helps them manage the day-to-day execution of their plan, including paying claims, controlling costs and effectively insuring risk. Plus, it has powerful analytic tools so employers can see where the money is being spent. It makes the experience seamless and transparent for both the businesses, which are paying the claims, and the employees, who are consuming the health care.

The funding will help Collective Health build out the functionality and back-end logistics of the business so that it can start scaling to more companies. Collective Health launched with a few hand-picked beta customers and plans to extend to at least 10 more companies by the end of the year, which would cover several thousand employees altogether.

“We’re building an iceberg,” said Diab. “A lot of what we work on is below the waterline and over time that will poke above the surface and people will understand the infrastructure.”
[fortune-brightcove videoid=3977920542001]