Toys ‘R’ Us may move out of Times Square 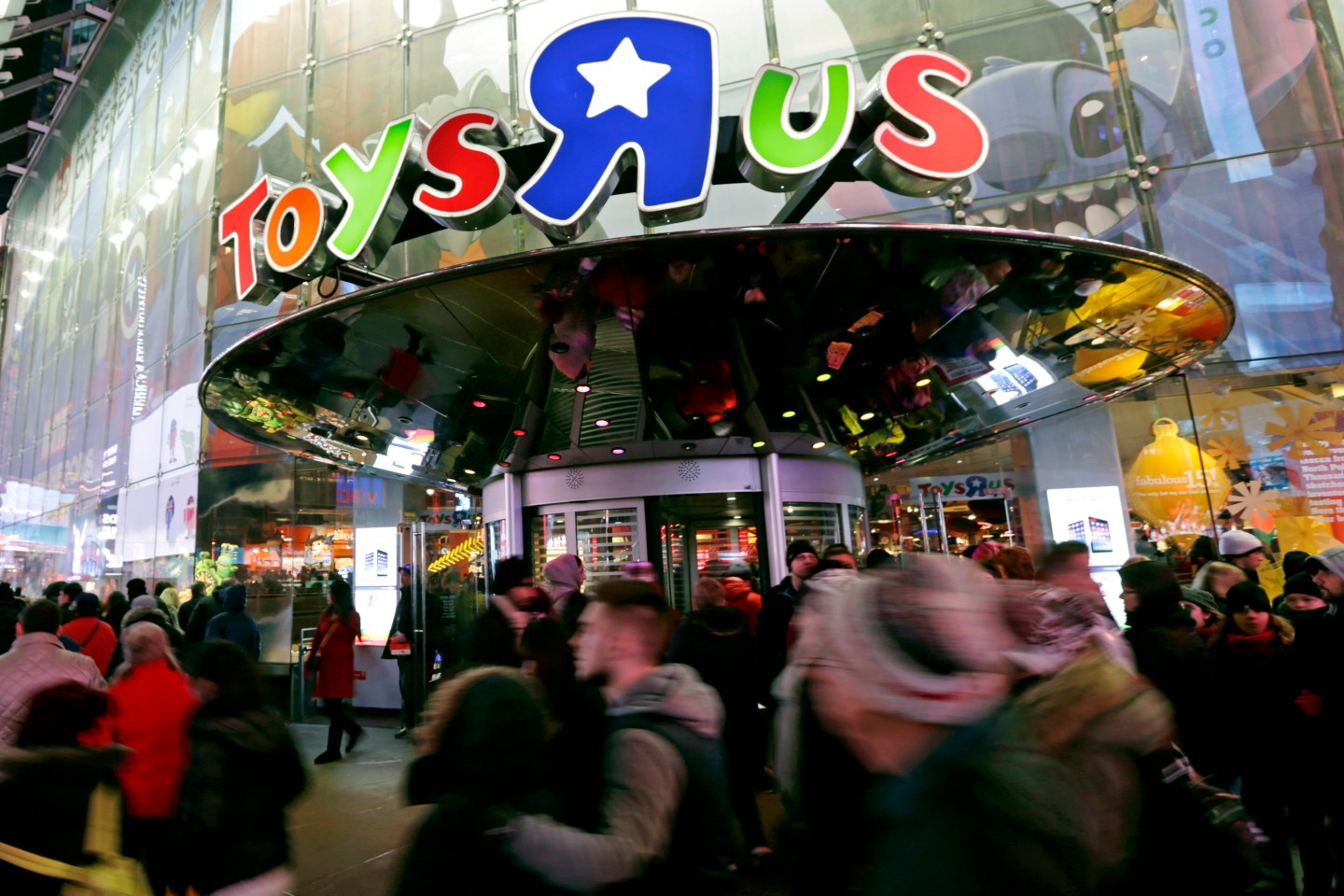 Toys R Us Inc. signage is displayed outside the company's store ahead of Black Friday in New York, U.S., on Thursday, Nov. 27, 2014. An estimated 140 million U.S. shoppers will hit stores and the Web this weekend in search of post-Thanksgiving discounts, kicking off what retailers predict will be the best holiday season in three years. Photographer: Peter Foley/Bloomberg via Getty Images
Photograph by Bloomberg — Getty Images

Updated 10:25AM: Added a statement from Toys ‘R’ Us spokesperson.

A report in The Commercial Observer, part of the New York Observer network, says that Toys ‘R’ Us’ 110,000-square-foot location in the heart of Manhattan is now on the market. The publication quotes a Cushman & Wakefield executive who says Toys ‘R’ Us has not renewed its lease and that he is be marketing the space on behalf of the site’s landlord. The iconic store has a giant dinosaur, an enormous Barbie dollhouse and a Ferris wheel.

The asking price for the space is reported to be $2,500 per square foot on the ground floor, $150 per foot on the lower level and $350 a foot on the second floor, according to the article. That is about double what Toys ‘R’ Us paid based on an agreement from 2000.

In a statement provided to Fortune, a Toys ‘R’ Us spokesperson wrote:

Toys ‘R’ Us has been a proud resident of Times Square since our international flagship store opened there more than 10 years ago. The lease for our store in Times Square expires in 2016 and, as previously noted, we have been reviewing our lease renewal options. We have not signed a lease agreement for a new location and any rumors regarding this ongoing process are just that.

In 2005, a group led by Bain Capital completed leveraged buyout of the company, taking it private. Last year Toys ‘R’ Us overhauled the interior of its stores in an effort to better compete in the holiday toy wars.