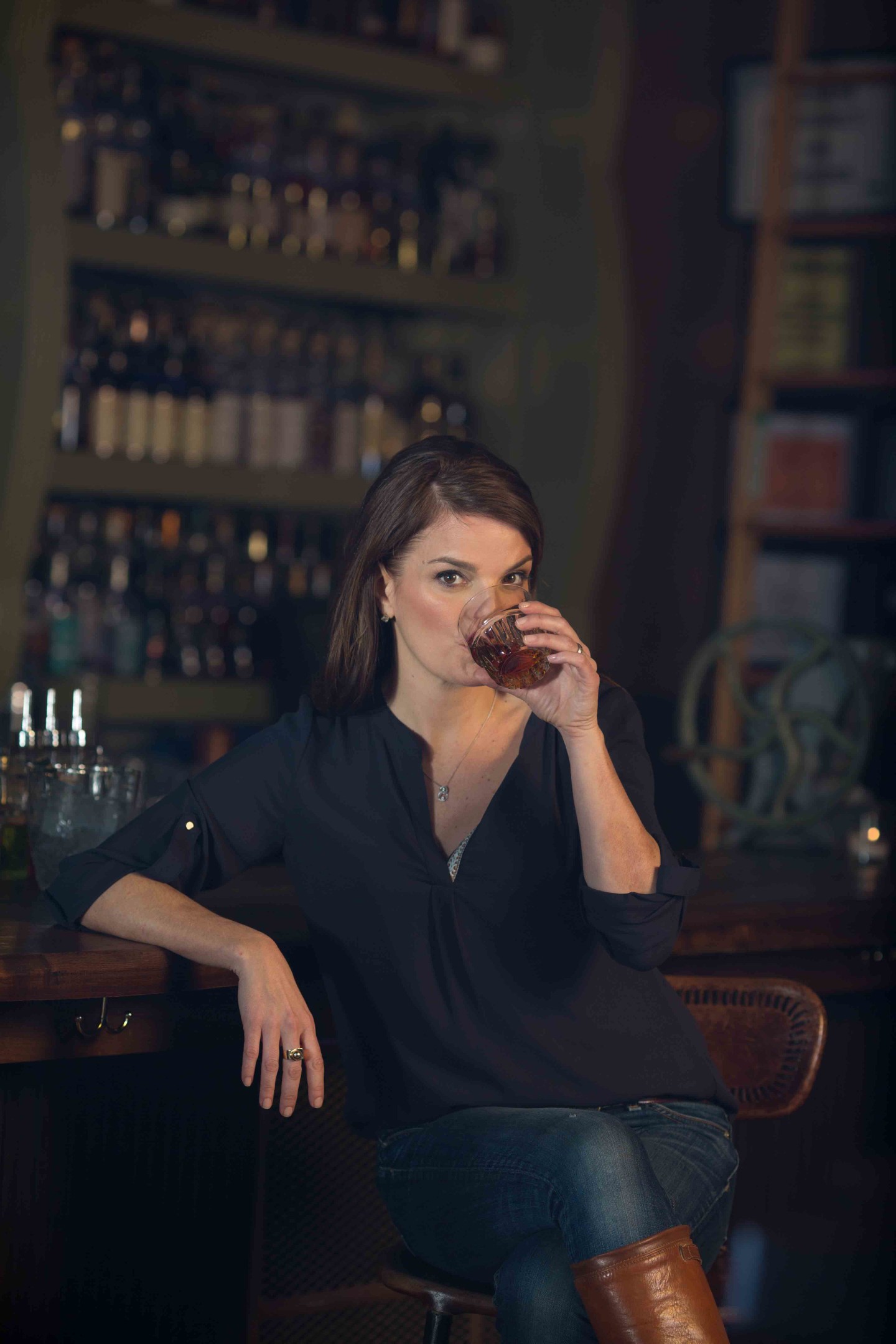 Heather Greene, author of Whiskey Distilled, A Populist Guide to the Water of Life
Photograph by Matt Wells

Put down that green beer. This St. Patrick’s Day, Heather Greene has the perfect Irish whiskey for you.

Greene is the author of Whiskey Distilled, A Populist Guide to the Water of Life, and was, until recently, the whisky sommelier at Manhattan cocktail pioneer, The Flatiron Room. She’s been working in the spirits industry for more than a decade, and says that, over that time, she’s seen a substantial shift in the number of women who are gravitating toward the brown spirit–both in a professional capacity, and when they simply want a delicious sip.

Indeed, NPR reports that 37% of whiskey drinkers are now female, vs. only about 15% in the 1990s. What’s more, spirits companies have started tapping well-known actresses, including Christina Hendricks and Mila Kunis, to appear in whiskey ads.

Greene credits with female drinkers with driving this shift. “Women started drinking it when [whiskey makers] were still ignoring them,” she says. “Women are a very, very powerful buying market.”

Not surprisingly, Greene says it’s impossible to generalize about women’s palates or their taste in whiskey. “People assume women are going to go for a lighter, more floral whiskey,” she says. “But lots of women are down for an earthy, peaty taste.” Over the years, though, she has noticed some trends among the women in her classes. Female drinkers often have great noses, she says. Greene has encountered a lot of women who can pinpoint olfactory notes quickly, and who can describe and discuss these odors fluently. Plus, women often come to her classes with fewer preconceptions about whiskey, she says. “It’s fun to teach women because they’re really open and game for anything.”

Irish whiskey is a great place for new whiskey drinkers to start, says Greene, who describes the spirit as typically “soft and very approachable.” Ready for a taste? Here’s are a few Greene recommends:

Bushmills 16 ($60 – $80) “A great, complex version of an aged single malt,” she says, adding that the whiskey is produced in Ireland’s northernmost distillery.

Connemara ($40 to $50) “For people who want to try a smoked and peated whiskey,” says Greene. Like a smokey scotch? Try this.

Redbreast 12 or 15 ($45 to $85) “A fruit-forward whiskey, with crisp notes of apple and pear,” says Greene. It’s made in the same Midleton, Ireland distillery as Jameson.

Teeling ($30 and up) If you’re looking for a wide range to experiment with, check out a few of the options from Teeling. “They’re creative and innovative,” says Greene.