Meet ‘The Bachelor’ contestant with her own organic cosmetics company 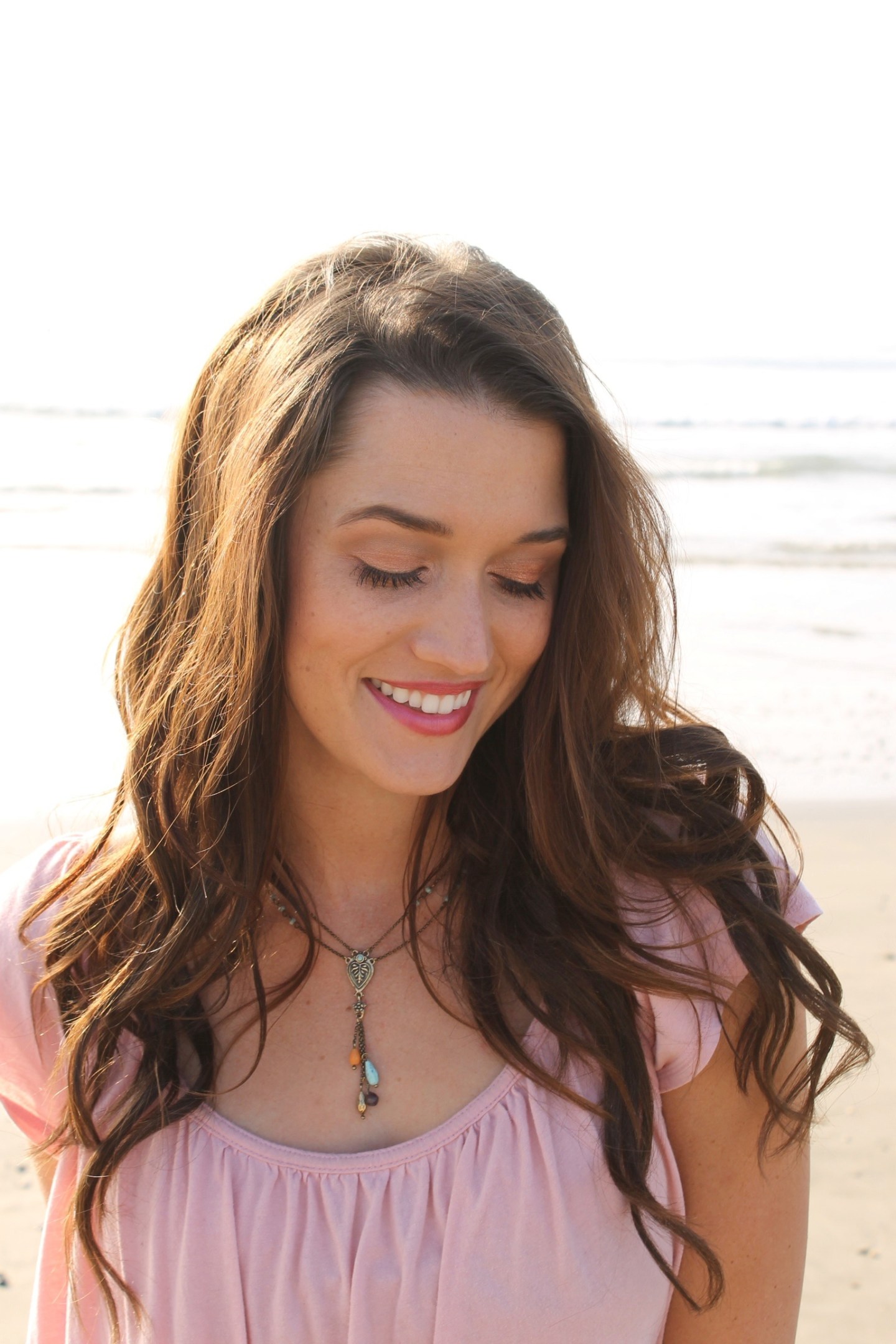 Any fan of The Bachelor knows that having a profession is not a prerequisite for appearing on the show. After all, this is a program that’s described past contestants as “Dog Lover” and “Sport Fishing Enthusiast.” Viewers have good reason to be skeptical of the job descriptions that appear on the chyrons alongside the participants’ names and ages. Seeing “Jade, 28, Cosmetics Developer,” one might be inclined to think she’s actually: “Jade, 28, Loves Lipstick.”

In the case of Jade Roper, though, the job title is the real deal. Roper, the contestant famously dismissed after confessing that she’s posed for Playboy, developed her own natural cosmetics company, Naturally Jade, which she launched in January. It took more than a year of research, $10,000 of her own money and a $5,000 investment from a friend, but Roper says it’s paying off: the company has already pulled in about $12,000 in sales. Fortune spoke with Roper about her business, why she’s donating a portion of revenues to cancer patients, and whether or not she would go on Shark Tank.

Fortune: Where did the idea for the company come from?

Jade Roper: A girlfriend and I were having a heart-to-heart one night over wine, and we were like, ‘If you could do anything you wanted, what would you do?’ We both talked about how giving back was really important to us. And you know there’s TOMS that does shoes, and there’s a company called Sevenly that does clothing and no one’s really tapped into the cosmetics industry [like that]. So we wanted to do chemical-free, all-natural makeup that was sensitive enough for women undergoing chemotherapy, that they could wear and not have to worry about any other chemical getting into their bodies and compromising their immune systems. But also just beautiful makeup that everyone would want to wear.

How did you go from that conversation to where you are now?

[That conversation] was in July 2013. My girlfriend ended up moving to Las Vegas, so she didn’t really want to continue with the idea and I was just crazy enough to still roll with it. It was really difficult to find someone who would make a product 100% chemical-free and if they could, they couldn’t guarantee it wouldn’t have traces because the equipment they were using was making makeup with chemicals. I didn’t know what to do. So I ordered a bunch of ingredients from the U.K. and started watching YouTube videos, reading books on chemistry and making cosmetics in my kitchen. Once I had those formulas, I ended up finding a small boutique laboratory that only works with makeup companies that are making organic makeup. I found them in Montreal and they’ve been able to manufacture my cosmetics.

Where does the cancer connection come from?

I used to work in a hospital as a phlebotomist [a medical professional that draws blood]. I saw a lot of people’s journeys through cancer. Just working in the hospital has a big impact on me. I was [also] engaged when I was younger and when we were together his dad passed away from cancer. Nowadays cancer is so prevalent that everybody knows someone who’s been through [it], whether they’re a survivor or not.

Do you have any specific goals you’re trying to reach in the next 5 years or so?

In the next five years, I’d love to have a storefront. When I started for the year, I had $75,000 in sales as my goal, but I’m hoping to beat that. I’m expecting the momentum to keep building after [The Bachelor].

What’s your timeline for adding more products to the line?

I’m about to release two new colors. It’s just lip gloss right now. Then, I want to expand the lip line first: lipstick, lipliner, a lip exfoliator that’s gentle on the skin. Then foundation and mascara, and then the whole line.

Are you looking to raise more money now, too?

I do have an investor interested right now and we’re working on a deal. I feel like you only have a small window of opportunity to really capitalize on [the exposure from the show].

How do you source your ingredients?

When I was making my own, I did a lot of research. In Europe, the laws are a lot stricter about what can go into cosmetics and what’s in the ingredients. So I used [ingredients allowed in Europe that are] also considered USDA organic. I spent so much time reading through every little tiny ingredient that I found in a lip gloss. I would just sort it out and Google them, and see what the actual ingredient was, what it was doing, whether it was a carcinogen. Everything of mine is very natural. Something you can pronounce, like safflower oil.

Not all of them are [organic]. They’re either organic or natural. Also, our iron oxides aren’t small enough to be absorbed into the skin. [In some cosmetics, such as] powders, [they] are so fine that that they can get into the skin.

What’s your academic background? Where do these chemistry skills come from?

I went to community college and then to culinary school for patisserie and baking, which is pretty much like basic chemistry. The way makeup and baking works, it’s just taking two ingredients, knowing what they are chemically when they break down, how they mix, what happens and what the reaction is.

Was going on the show part of your plan to get the word out on your company?

Towards the end of casting, I was called. They were like, ‘you were anonymously submitted and we want you to come in for an interview.’ So I did and they liked me. It’s something I thought I would never do. It did prolong the release of my line, but I knew it was perfect timing because the exposure would be amazing.

Has the show helped with the business?

After I was sent home, the traffic on the website was crazy. [Since then,] it’s definitely gone down to where it was before. I feel blessed that I was able to show my company on [The Bachelor]. Just the exposure and the small window of opportunity I have right now, while my name is relevant, is going to be huge. I am definitely going to take advantage of that.

What are your plans for keeping up that momentum once the show is over?

My plan is to do a couple of expos this year. Just getting out and networking, meeting with distributors and manufacturers. I want to move forward from the show and make my name more [associated] with the company than with being on a reality television show.

Do you have a favorite business book?

The one that I’m reading right now: The Young Entrepreneur’s Guide To Starting and Running a Business: Turn Your Ideas Into Money, by Steve Mariotti. He’s been teaching entrepreneurship forever. It’s super easy to read and has so much valuable information. Especially for someone like me, [who’s just] learning how to do my books.

Are you going to go on Shark Tank?

You know it’s funny, one of the producers for The Bachelor is a producer on Shark Tank, and he was talking to me about it. Maybe next year, when I have a little bit more sales, so they don’t eat me alive.

You donate $1 from each cosmetic to Festival of Hope, a non-profit that helps women with cancer pay for non-medical expenses. Why start with the donations so quickly? Why not wait until you’re more established?

I think that’s why Shark Tank wouldn’t invest in my company — they’d be like, ‘You’re crazy.’ But that’s the reason I started the company in the first place. I was looking for purpose in my life and I’ve always wanted to help others. This is my way of being able to make a living, be profitable, have a successful business and also make a difference.

What do you think of ABC’s decision to have two bachelorettes?

I think it’s crazy. I feel like it’s a no-brainer that Kaitlyn’s going to stay, but I’m totally biased. I feel like Kaitlyn deserves it, not that Britt doesn’t, but I’m pulling for Kaitlyn.