Stocks tumble as the dollar continues to strengthen 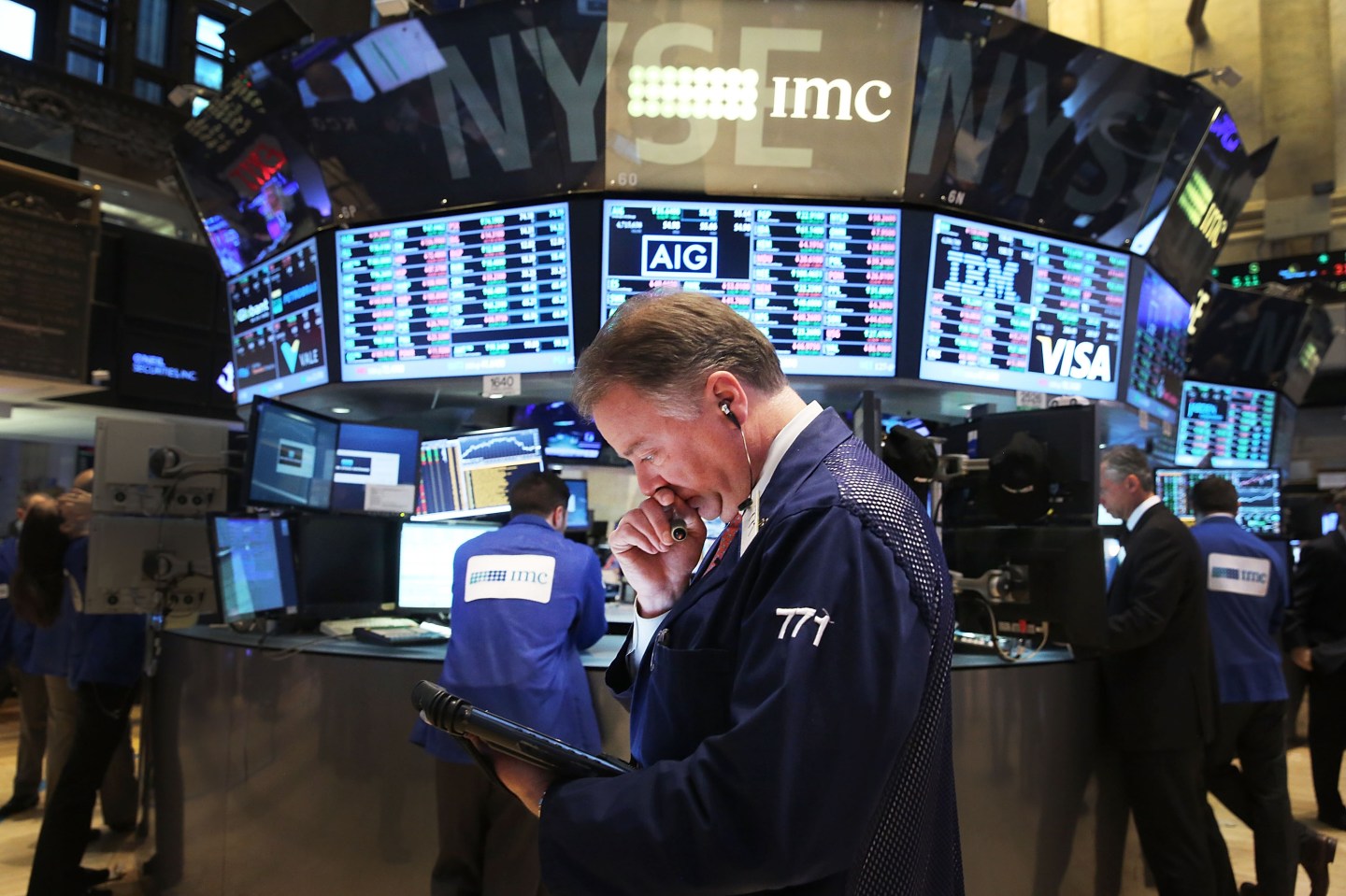 The rise in the U.S. dollar index, which saw its fourth straight weekly gain, added to worries about the currency’s impact on U.S. multinationals’ earnings.

The dollar hit a fresh 12-year high against the euro on Friday as dollar-buying momentum overcame soft U.S. economic data that would normally weaken it.

The S&P energy index fell 1% and was among the biggest decliners of the 10 primary S&P 500 sectors.

Crude oil fell 4.7% to settle at $44.84 a barrel after the International Energy Agency said a global glut continued to build and U.S. oil production showed no signs of slowing. The commodity has fallen in six of the past seven sessions and is down almost 60% from a June peak.

Investors are focused on next week’s Federal Reserve meeting, which could provide further insight into when the first rate increase will come.

Over the past 14 sessions, the S&P has had a correlation of -0.96 to the dollar index, meaning that stocks consistently fall on days when the dollar gains. Perfect inverse correlation is -1.0.

“We’ll know more of the Fed’s thinking on Wednesday, but right now most people are expecting a rate hike to come in June and the equity markets not to be very receptive of that.”