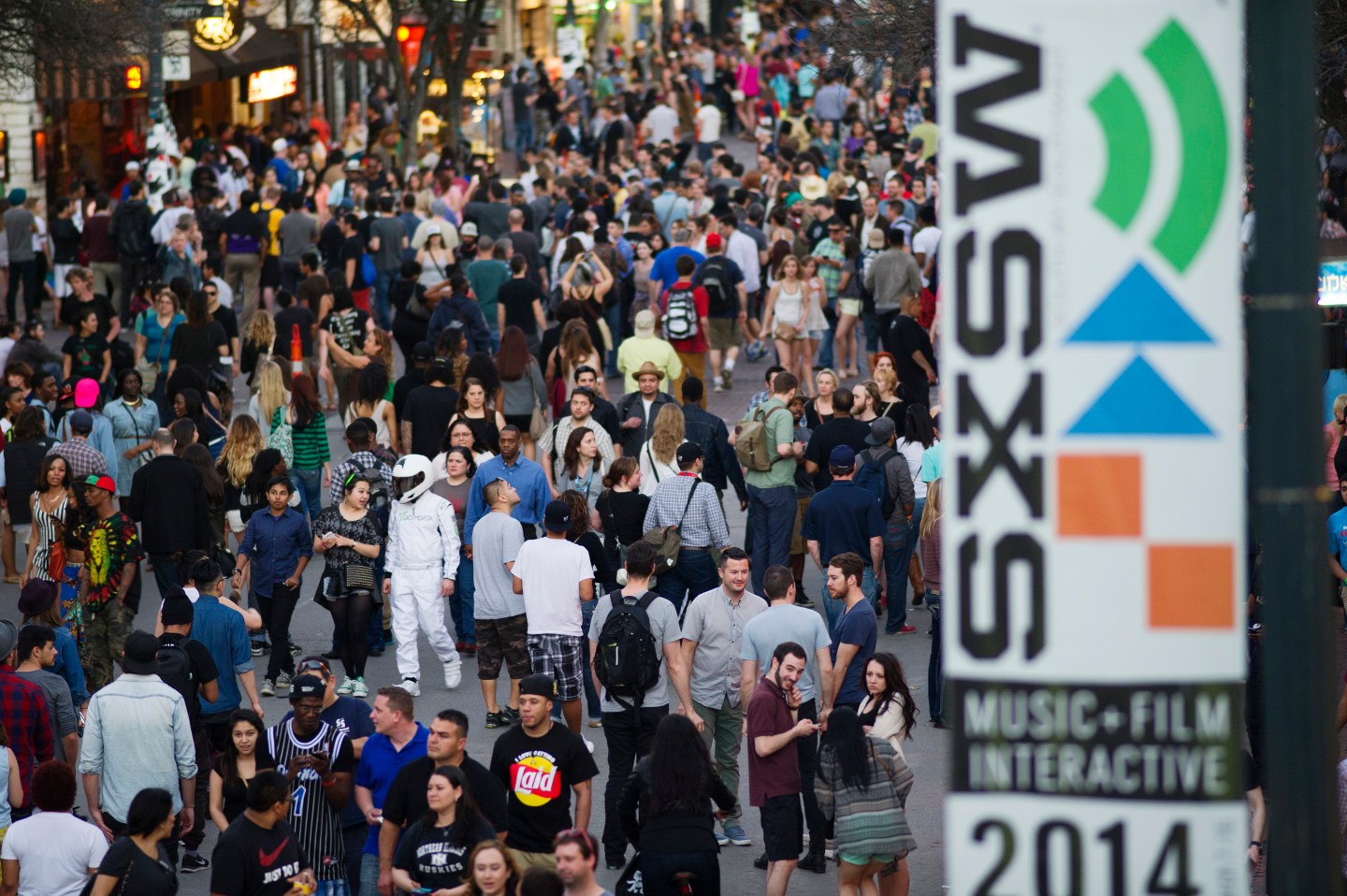 Wall Street futures are up slightly this morning, while European shares are mostly higher. Asian indexes had a great day, especially Japan’s Nikkei 225 which closed above 19,000 for the first time in since April 2000.

The Nikkei’s gains were driven by an announcement that robot-maker Fanuc is considering increasing its dividend and share buybacks. Fast Retailing, which owns Uniqlo stores, also boosted stocks after JPMorgan raised its rating on the retailer.

Meanwhile, Russia’s central bank cut its key interest rate for the second time in two months this morning. Interest rates fell by one percentage point to 14%, and the central bank promised more cuts to come after it sharply raised rates in December to stem the ruble’s collapse.

1. South by Southwest kicks off.

The annual gathering of all things cool opens its doors today in Austin, Tex. The three-week festival features the big ideas of the future and tech trends shaping the world today. A range of speakers will grace the stage this week to talk about how innovations could change our future. Google’s (GOOG) Astro Teller, who heads the tech giant’s innovative X unit, will discuss the company’s ambitious projects, such as self-driving cars and balloon-powered Internet. United Therapeutics (UTHR) CEO Martine Rothblatt will present innovations at the intersection of artificial intelligence, immortality and the future of self. The Winkelvoss twins are set to make an appearance to tout Bitcoin as a mainstream currency, and former vice president Al Gore will push the new global climate legislation that is set for a vote at the end of this year.

Federal officials are looking into possible wrongdoing by Bill Ackman and his fund, Pershing Square Capital Management. The FBI is investigating if a consultant hired by the fund made false statements to regulators, according to Bloomberg. Ackman has been working on a long-running probe into Herbalife (HLF), a maker of dietary supplements, and says that the company is running an illegal pyramid scheme that is cheating vulnerable people out of thousands of dollars. Pershing Square has bet $1 billion against Herbalife shares, which have been hit hard by the accusation. Herbalife has lost about half its value over the past year.

3. Samsung to take its smartphones upmarket.

Samsung has hit a hard patch recently, losing its lead in the smartphone market to Apply last year and reporting its first sales decline in nine years. But, the South Korean company has a plan. CEO Shin Jong Kyun announced that the company is going upmarket with its range of models, opting for more premium details such as metal casings, slim designs and high-definition displays. Samsung unveiled its new Galaxy S6 phones this month and investors seemed optimistic that the new designs could stem its slide in market share. The phones go on sale in 20 countries starting April 10.

4. U.S. treasury is ready for the debt ceiling battle.

It’s back. The debt ceiling will reach its peak once again on Monday, March 16, if Congress doesn’t take action to raise the statutory limit. Treasury Secretary Jacob Lew has no patience this time around. Lew said his department will take “extraordinary actions” next week to stay under the debt ceiling, including suspending sales of state and local government securities. The Congressional Budget Office said the Treasury Department will be able to maintain operations until October or November without an increased debt ceiling.
[fortune-brightcove videoid=4069581177001]

America is facing a record oil glut. Crude inventories may soon be too large to even fit within the nation’s storage capacity, which could put renewed downward pressure on oil prices and curb output, according to the International Energy Agency. The largest oil-storage hub in Cushing, Okla., is about 70% full currently, the agency said. The U.S. held 468 million barrels of oil in storage at the end of January. That’s 72 million barrels more than the five-year average — a record. Crude oil prices declined 61% from June to January, although they rallied about 20% in London over the past two months as drillers responded to the growing supply by idling an unprecedented number of rigs. Despite weak oil prices, U.S. oil supply is expected to continue its expansion this year by about 750,000 barrels a day.