After an epic compromise, Utah will be the 19th state to ban LGBT workplace discrimination 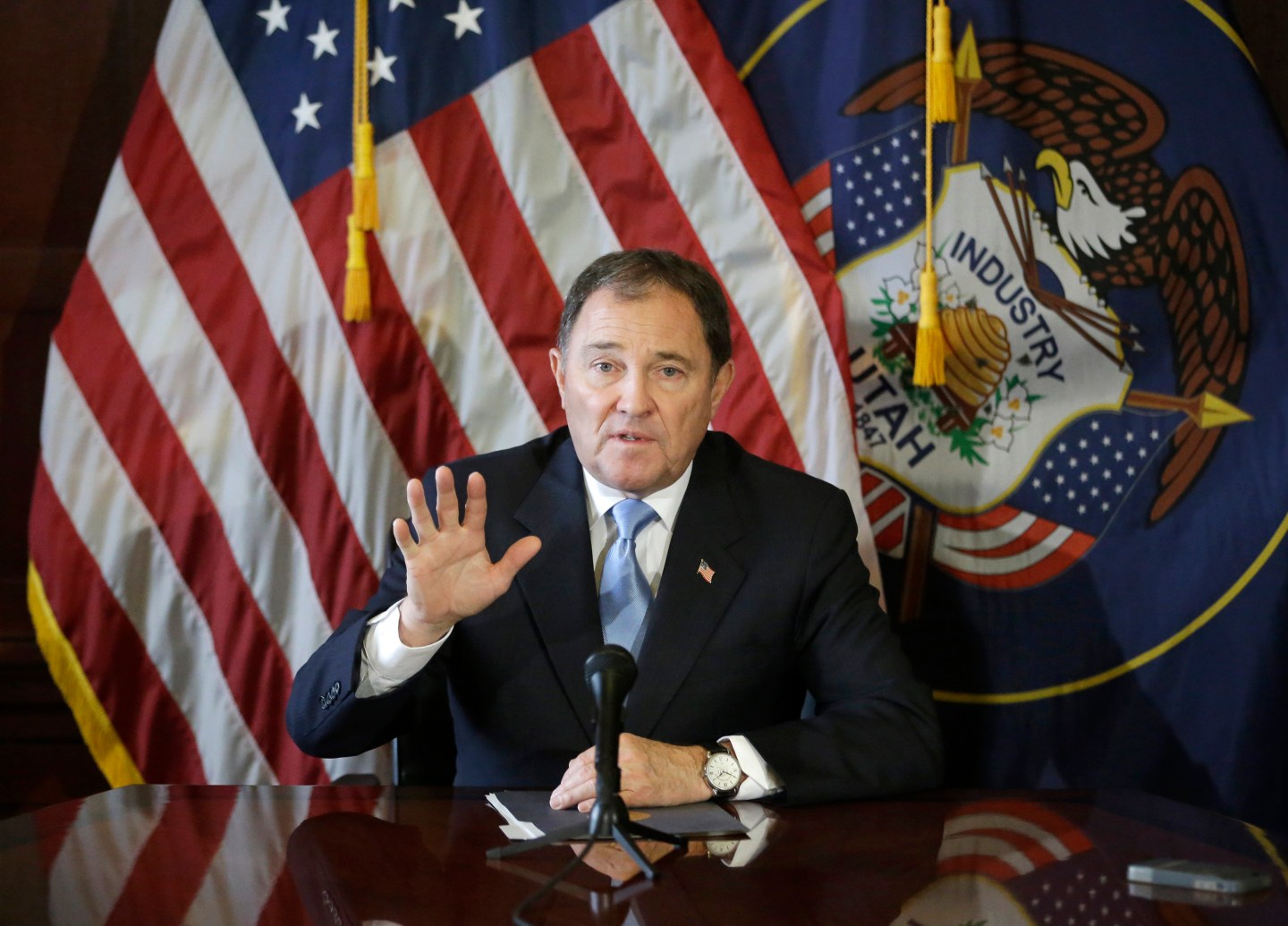 FILE - In this Feb. 5, 2015, file photo, Utah Gov. Gary Herbert speaks to members of the media during a news conference at the Utah State Capitol, in Salt Lake City. Herbert will not say if he'll sign a bill to bring back the firing squad but does say the method would give Utah a backup execution method. Herbert's spokesman Marty Carpenter issued a statement about the bill Tuesday, March 10, 2015, in response to questions from reporters. Utah's Senate is set to cast a final vote on the bill this week. (AP Photo/Rick Bowmer, File)
Photograph by Rick Bowmer — AP

Utah—a state known for its large, conservative, Mormon population—made the uncharacteristic move Wednesday night of passing a bill to protect the workplace and housing rights of lesbian, gay, bisexual, and transgender people. Governor Gary Herbert, a Republican, is expected to sign the legislation Thursday evening.

The ban is not only being heralded as an expansion of LGBT rights but also as a compromise between gay rights advocates and conservative leaders that could serve as a model for other Republican-led states.

The bill will prohibit employers from discriminating in the workplace against people on the basis of sexual orientation and gender identity. At the same time, the legislation accounts for religious freedom by exempting religious organizations from the anti-LGBT discrimination rule and by shielding employees from being fired for speaking out about their religious and moral convictions.

One gaping hole in the bill is its failure to address whether a business can deny customers service because of religious preferences.

Support for the bill from the Church of Jesus Christ of Latter-day Saints, which opposes same-sex marriage, was critical to the legislation’s passage since it gave members of the Utah legislature—most of whom are Mormon—the go-ahead to vote for the bill.

When the church endorsed the bill last week, it said it was urging legislators to acknowledge a “principle” of “fairness for everyone.”

When the bill becomes law, Utah will be the 22nd state to prohibit discrimination of gay and lesbian people in the workplace, and the 19th to ban bias based on gender identity. Not including Utah’s soon-to-be law, here’s where states stand on the issue, according to the American Civil Liberties Union: