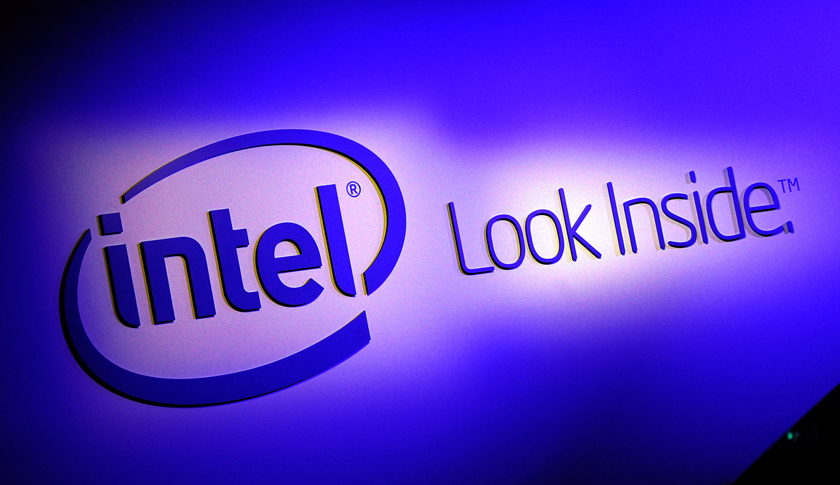 LAS VEGAS, NV - JANUARY 07: A general view of the Intel booth at the 2014 International CES at the Las Vegas Convention Center on January 7, 2014 in Las Vegas, Nevada. CES, the world's largest annual consumer technology trade show, runs through January 10 and is expected to feature 3,200 exhibitors showing off their latest products and services to about 150,000 attendees. (Photo by David Becker/Getty Images)
Photograph by David Becker — Getty Images

Intel slashed nearly $1 billion from its first-quarter revenue forecast as small businesses put off upgrading their personal computers, sending the chipmaker’s shares down more than 5%.

“The macro environment is not robust enough for people to upgrade their PCs the way they normally would,” Topeka Capital Markets analyst Suji De Silva said.
Intel said on Thursday that it expected first-quarter revenue of $12.8 billion, plus or minus $300 million — about 7% lower than its earlier forecast of $13.7 billion, plus or minus $500 million.

Though dominant in the market for chips used in PCs, Intel has been slower than rivals such as Qualcomm Inc to adjust in recent years to the growing popularity of laptops and tablets.
When Microsoft Corp wound down support for its Windows XP operating system last April, Intel had expected a bounce in demand from small- and medium-sized businesses. But this has not happened.

Businesses and consumers are taking an “if it ain’t broke, don’t fix it” attitude to their old PCs, Summit Research analyst Srini Sundararajan said.

According to BlueFin Research Partners, 75 million-76 million PCs will be shipped worldwide in the first quarter, a decline of 8-9% from the preceding quarter.

Intel, whose historic “Wintel” alliance with Microsoft once delivered breathtakingly high profit margins, has been trying to offset the impact of slower PC upgrades by making chips for devices such as “2-in-1s,” which function as both laptop and tablet.

Intel said the mid-point of its gross margin range would remain at 60%, plus or minus a couple of percentage points.

Shares of ASML Holding NV, the world’s largest maker of semiconductor production equipment, were down 2% at $104.40.