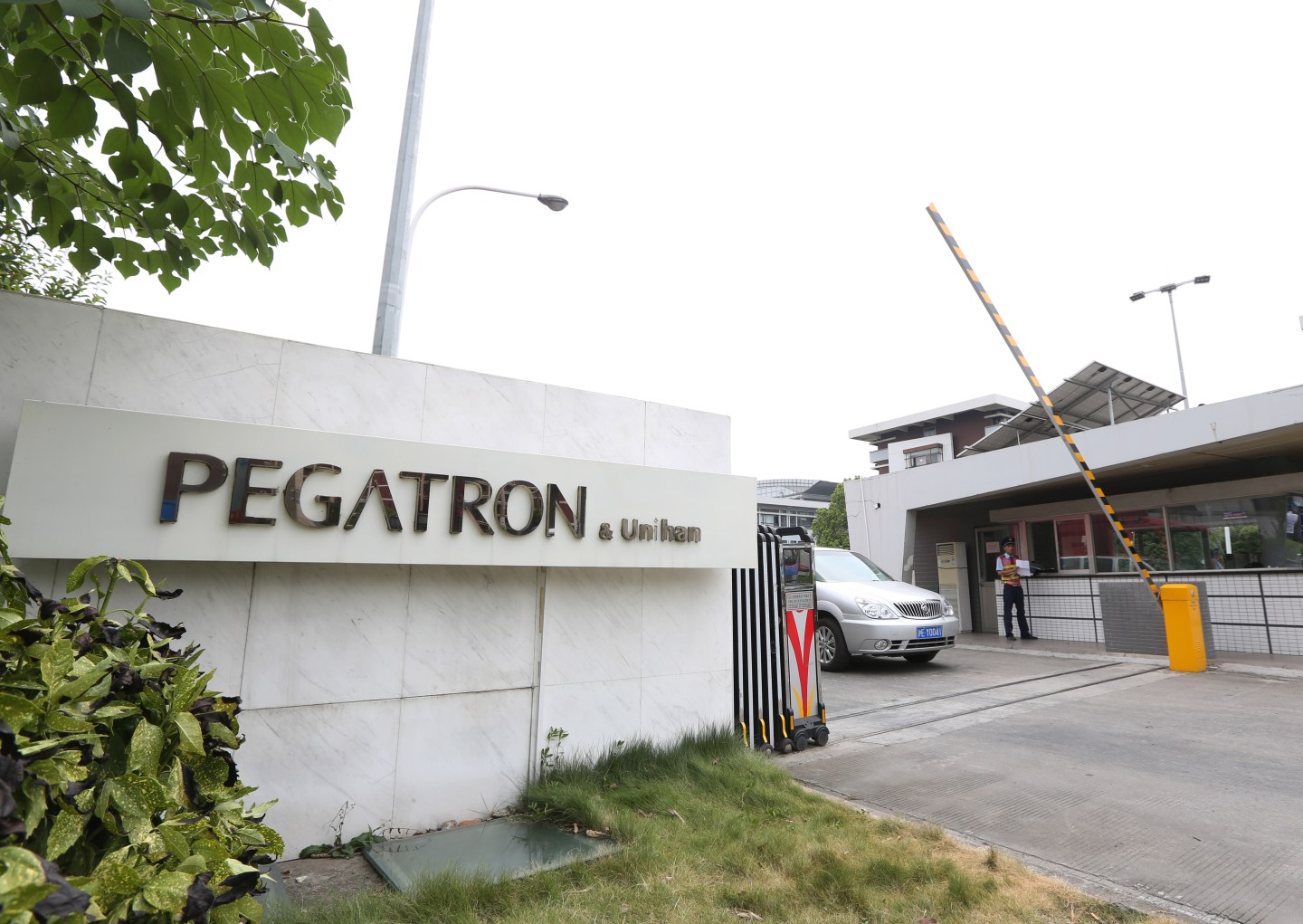 A car leaves the plant of Pegatron & Unihan in Pudong, Shanghai, China, 25 July 2013. A Taiwanese company that assembles some Apple devices said on Tuesday (30 July 2013) it is investigating claims of labour abuses by a US rights group. New York-based China Labour Watch said in a report that Pegatron was guilty of safety and environmental violations, and living conditions for workers at its factories in China were poor. The US rights groups said three Pegatron plants in China impose excessive overtime and employ minors. It also cited crowded dormitories, insufficient fire escape routes and arbitrary fines for perceived minor lapses of behaviour. It currently has around 110,000 employees, the vast majority of them in the Chinese cities of Shanghai, Suzhou and Chongqing.
Photograph by Zhou Junxiang — Imaginechina/AP

In a press release crafted to shed a harsh light on working conditions in the factories that assemble Apple’s products, China Labor Watch reported Wednesday that a 26-year-old worker named Tian Fulei died while employed at a Shanghai Pegatron factory that assembles the iPhone 6.

Tian’s family told CLW that the 26-year old Tian was healthy when he began working at Pegatron in November 2014. It was only after months of long overtime hours that his health suddenly failed him…

“The cause of death given by the hospital was ‘sudden death.’ But before his death, Tian worked day-after-day of long overtime shifts. Taken together, there is reason to believe that Tian died from overwork.”

The last time CLW accused Pegatron and Apple of working an employee to death was December 2013, when a 15-year-old boy died on an iPhone 5C assembly line. According to medical experts sent by Apple to investigate, the underage worker had used someone else’s ID to get the job and had died of pneumonia. (link)

Shi Zengqiang, father of the 15-year-old Pegatron worker who died of pneumonia, holds his son’s picture at a news conference in Beijing December 16, 2013.Photograph by Jason Lee — Reuters

“Apple has a long-standing commitment to providing a safe and healthy workplace for every worker in our supply chain,” the company said at the time, “and we have a team working with Pegatron at their facility to ensure that conditions meet our high standards.”