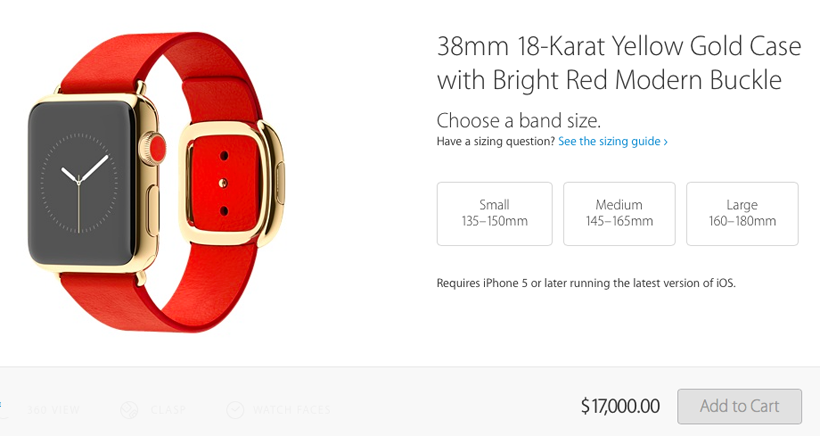 Sitting in the very last row of the Yerba Buena theater gave me a novel perspective on Monday’s Apple event. For one thing, I got to see that the applause that punctuates these performances like a sitcom laugh track is coming from the first three rows — the seats reserved for Apple employees.

But it was also a good spot to get a sense of the room, to see and hear how the entire audience was reacting. And from where I sat it seemed like there were two moments the room’s collective heart stopped.

The first was during Kevin Lynch’s “day in the life” demo of the Apple Watch — a great demo, far more persuasive than the one he gave last fall. The Watch had already done a half dozen really cool things — from taking a phone call (Dick Tracy style) on the wrist to booking (and unlocking) a hotel room without bothering to stop at the front desk. But the killer moment came when Lynch opened a garage door for a daughter who had forgotten her house keys and then watched it slowly rise to reveal two girls on bicycles.

The second moment was when Tim Cook announced the starting price for the gold Edition watch: $10,000. For anyone who knows the luxury watch market — or reads Daring Fireball — it was no surprise. But it was a shock to this audience, and it was the only time Monday I heard a collective gasp. (By that night the $10,000 price tag was evoking spit takes on Comedy Central.)

But ten grand is just the starting price. We learned afterward that the 38mm Edition Watch with a red buckle will go for $17,000. What the 42mm Edition with a gold Milanese loop might cost, Apple is not yet saying. There will be gasps — and spit takes — to come.