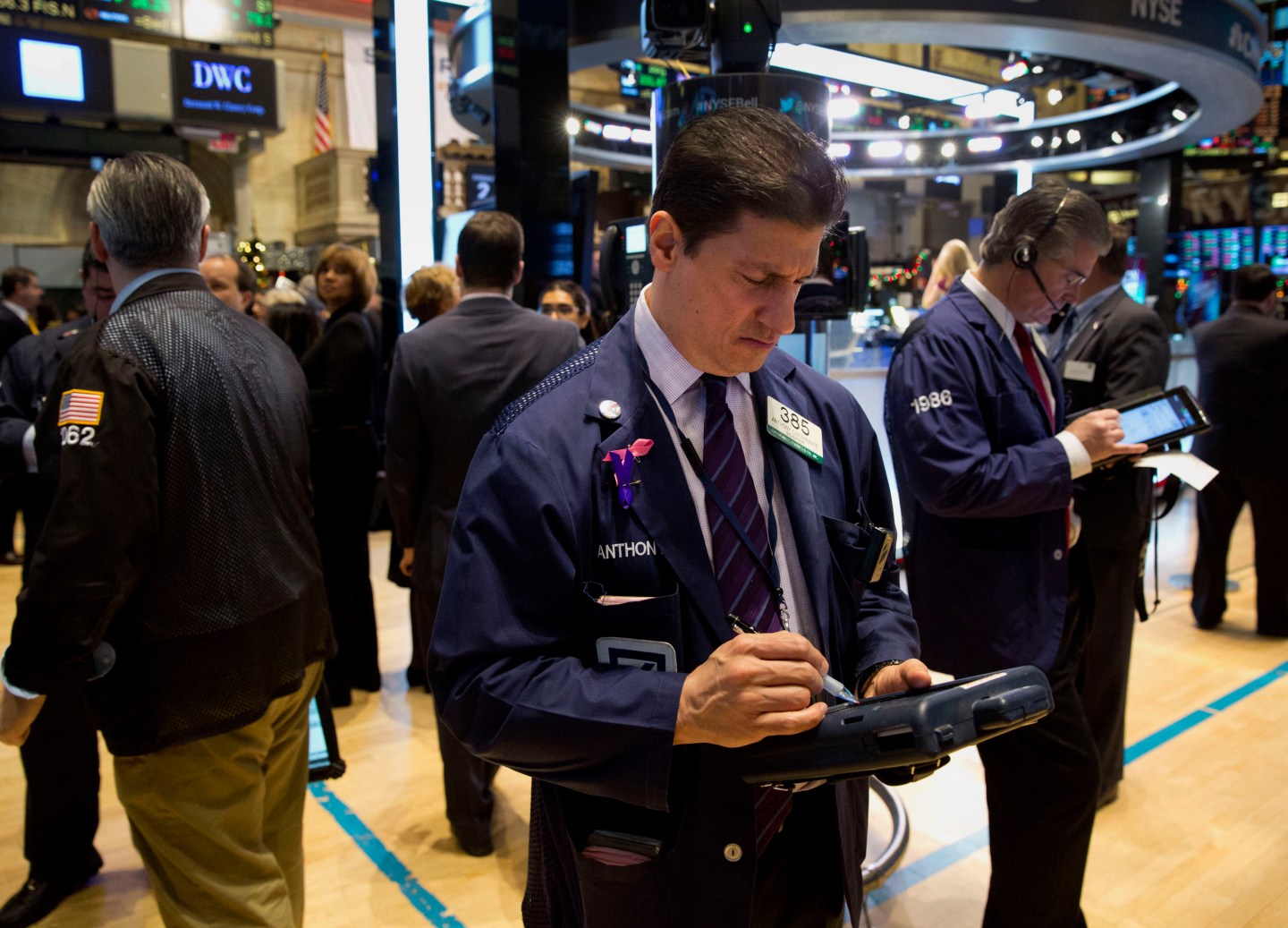 (Reuters) – U.S. stocks dropped on Tuesday, giving the S&P 500 its biggest decline in two months, on strengthening views the Federal Reserve may raise rates as early as June.

The S&P 500 and Dow turned negative for the year and the S&P 500 was off more than 3% from its March 2 record closing high. The Nasdaq has fallen more than 2% from its 15-year peak, also reached on March 2.

Concerns over Greece’s debt talks added to the day’s weakness, which took the S&P 500 below its 50-day moving average, a sign of weak near-term momentum.

The U.S. dollar index rose 0.98% and was on track for its fourth rise of the past five sessions, up 3.3% over that period.

“The issue out there has been the strong employment report, which has set off fears of an interest rate hike by the Fed sooner or more aggressively than had been anticipated,” said Tim Ghriskey, chief investment officer of Solaris Group in Bedford Hills, New York.

That has added to recent dollar strength, which will continue to weigh on earnings for U.S. multinationals, he said.

Euro zone ministers agreed that technical talks between finance experts from Athens and its international creditors would start on Wednesday, with the aim of unlocking further funding. However, the ministers warned Greece that it had “no time to lose.”