GM’s Opel is starting to shine again in Europe 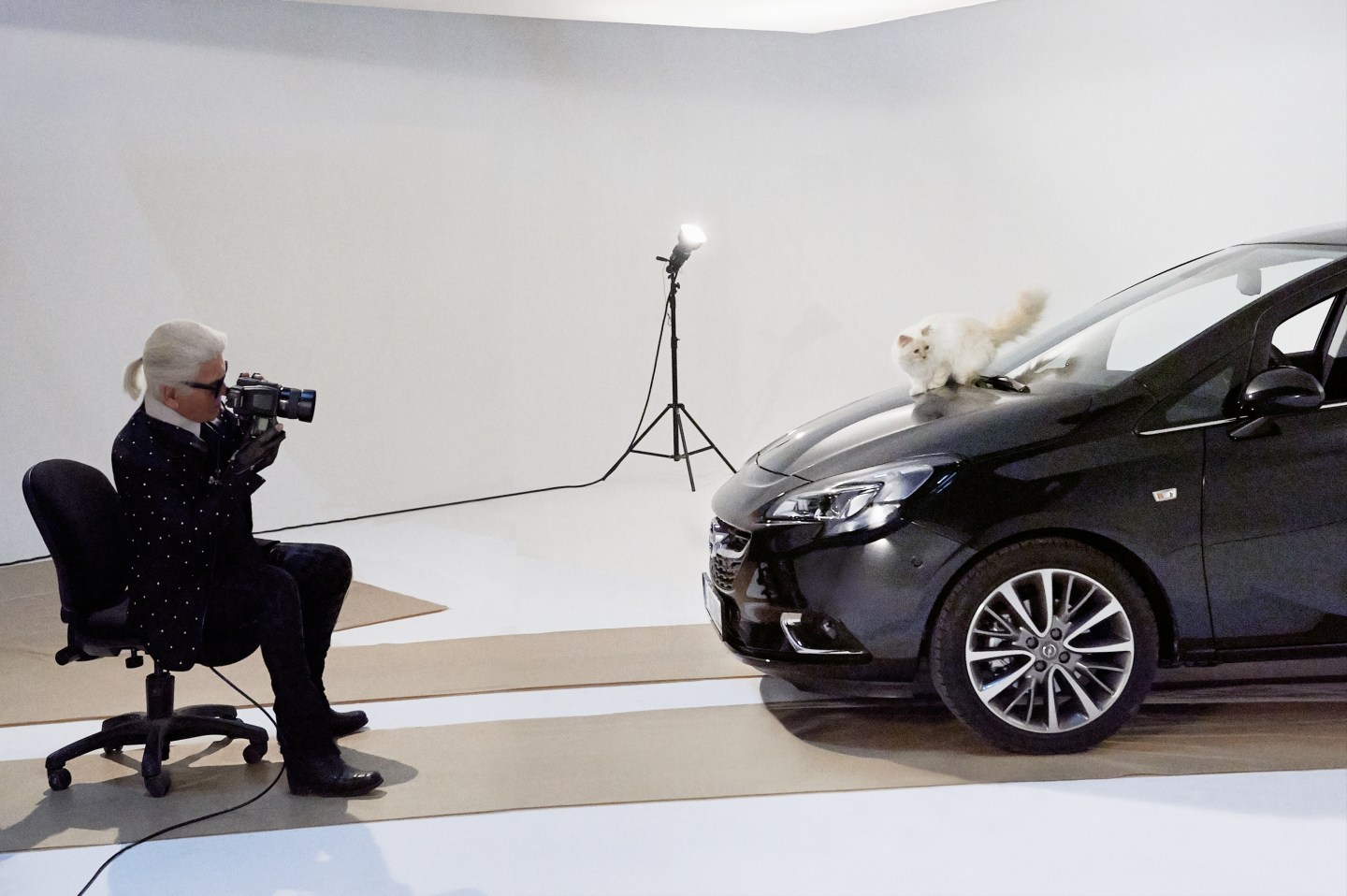 Mediocre quality was improving; yet the battered Opel name and reputation needed a makeover.

The company simultaneously blitzed media in Germany, its most important market, with a campaign entitled “Umparken Im Kopf, roughly translated as “repark you mind.”

The buzz was overwhelming. Suddenly, everyone was talking about Choupette and Opel’s car lineup, which also includes Adam, Mokka and Karl (not named for Lagerfeld). Opel’s falling market share had been halted in 2013; it gained in 2014. GM forecasts that its European operations, which have lost more than $18 billion since 1999, will post a profit next year.

“The brand had to speak one design language, which we’ve done,” said Mueller. “In earlier times, when Opel was on top, the name stood for German engineering quality and design that was a little different. We had quality problems and design was boring.”

The poor performance of GM’s European operations had been bad for so long, the automaker briefly considered selling them following its 2009 bankruptcy and government-sponsored reorganization.

Under the supervision of Karl-Thomas Neumann, hired from Volkswagen AG as executive vice president in charge of Europe in 2013, Opel has been investing heavily in new models as well as a new design language for the entire lineup. (No, the new Karl city car isn’t named for Neumann either; it’s an homage to the son of Adam Opel, nineteenth century founder of the automaker.)

On top of new Opel vehicles (sold under the Vauxhall name in Great Britain), GM is rolling out its OnStar subscription-based communications network across Europe, bringing Wi-Fi connectivity, emergency notification and concierge service to its cars. True, 4G broadband already brings Internet service to vehicles via telephone, without OnStar: But the car’s antenna, linked to OnStar, enables a stronger broadband link and connection for up to seven devices.

If there’s a qualification to Opel’s apparent turnaround, it’s the overall weak recovery in Europe, capped by the sudden implosion of the Russian economy and the rapid evaporation of consumer demand for cars. Opel’s factory in St. Petersburg, which had been running on three shifts, has been reduced to one and faces suspended activities through May.

“Even though there are markets which are growing, there are other markets which are hugely disappointing, foremost obviously the Russian market,” Neumann told the Automotive News, Opel’s third largest in Europe. The ruble has lost about half its value against the dollar; Opel still must pay for many parts in dollars while trying to sell cars in rubles.

Opel executives, like others in the industry, are familiar with the industry’s cyclical nature. As the economy picks up, regional squabbles get settled and carbuyers gain confidence, the future looks brighter for GM in that part of the world than it has in a long time.