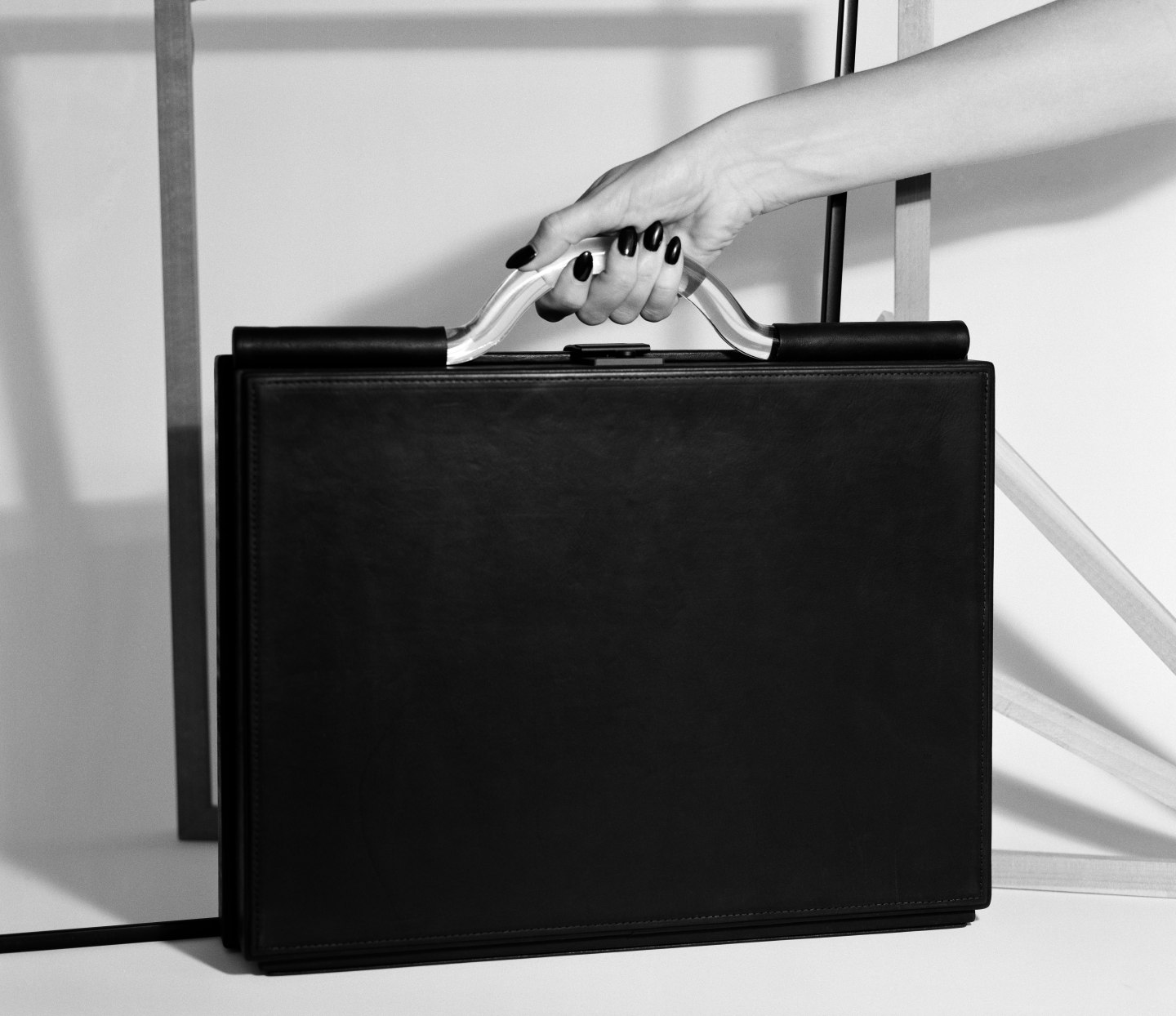 Search for a feminine bag that can fit what many professionals need to function—wallet, laptop, cell phone, chargers galore—and you’re likely to get frustrated pretty fast. Maria Kennedy and Stephanie Otto realized this a year and a half ago, when Kennedy’s sister, who was working at the White House at the time, told them about how she had recently trudged through the men’s department in search of a briefcase.

“You watch Mad Men, you see the businessman with the classic attaché, we thought it was time to own it, take it over, make it a statement piece for women,” says Otto. “It’s such a power and status symbol.”

So Otto, who was on the original design team for Elizabeth and James, and Kennedy, who worked in the fashion office of Calvin Klein, created Faike, a collection of professional accessories for the woman who looks up to Marissa Mayer more than, say, Madonna. They call the target demographic for Faike (pronounced “fake”)—AABAs, or “all around badasses.” “I loved subverting the idea of a fake bag into something synonymous with luxury,” Otto says.

“I don’t care if Beyoncé wears our bag,” Kennedy says. “That would be great, but I would much rather Hillary Clinton wear our bag than Beyoncé.”

That bag, a slim rectangle of black leather with neoprene lining and a clear, curvy lucite handle (“it seemed to be the perfect feminine touch to the classic structure and shape,” Otto says) is made in the same Italian factory used by many high fashion labels. It retails for $2,450, about $1,000 less than what Saint Laurent charges for their version of a women’s briefcase. Because Faike will sell direct to consumer through its website starting in August, it could afford to keep costs down and expand the line to include a tote bag and cross-body clutch-type case.

“We wanted to make sure we had a bag for women in different levels of professional development, that maybe style- and price-wise were more accessible too,” Otto says.

Faike also makes curiosities for the modern workplace, like a leather plant and pillow. Looking forward, they want incorporate wearable tech trends into Faike in a functional, aesthetically pleasing way—by building a charger holder or a charger itself into the base of the briefcase, perhaps. But for now, as they launch their line, Otto and Kennedy’s goal is to get Faike products on the arms and in the offices of “aspirational brand ambassadors” like Mayer, Clinton, Sheryl Sandberg, and Senator Kirsten Gillibrand. (“She’s so chic and one of the people in politics that’s a fashion icon as well,” Kennedy says.) The Otto and Kennedy want to put out there: women deserve accoutrements that convey their power in the working world, not multi-function carry-alls.

“This is meant to go to a meeting with just your laptop in there, not your yoga clothes,” says Kennedy, talking about the briefcase. “This is for a professional woman.”