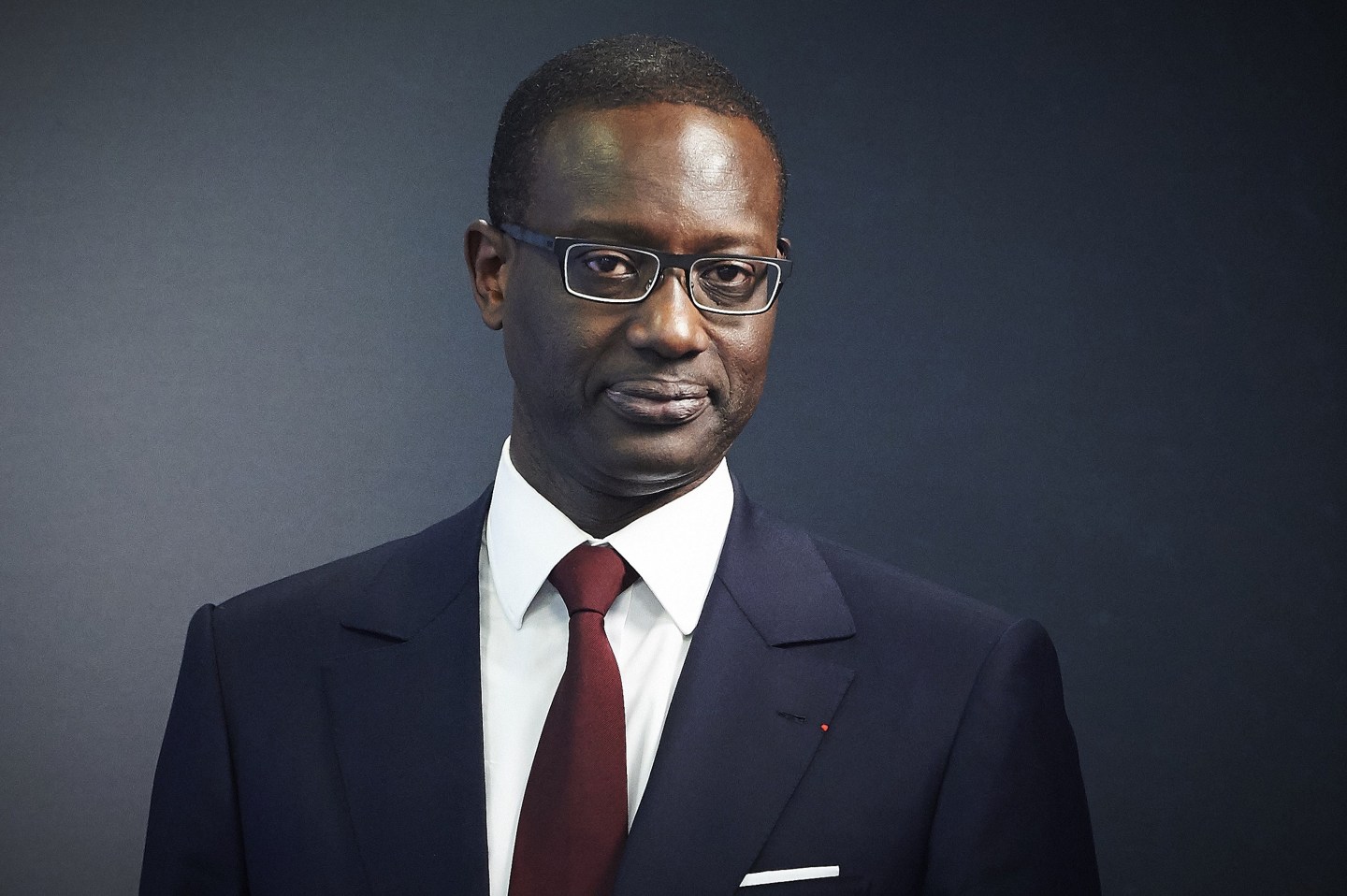 Credit Suisse designated CEO Tidjane Thiam poses for photographers after a press conference on March 10, 2015 in Zurich after Credit Suisse announced that Thiam, currently chief of UK-based insurer Prudential, will take over as chief executive from Brady Dougan who will step down at the end of June. AFP PHOTO / MICHAEL BUHOLZER (Photo credit should read MICHAEL BUHOLZER/AFP/Getty Images)
Photograph by Michael Buholzer — AFP/Getty Images

Had it not been for a coup, Tidjane Thiam would probably have not risen to the top ranks of the financial world.

For a few months in late 1999 and early 2000, Thiam— who was named as the new CEO of Credit Suisse on Tuesday—was a prisoner of the state, under house arrest, in his home country of Côte d’Ivoire. Thiam was then asked to work for the military government that had taken over control of the country. He said no. A few months after he was released, Thiam fled the country. He has not returned.

“He would only want to work with a democratic regime,” Aka Manouan, a childhood friend of Thiam, told The Telegraph in 2011. “Democracy, accountability, the rule of law, the strength of the market, these are the things very close to [Thiam’s] heart.”

And that’s perhaps why, despite the fact that he has no experience in banking, Credit Suisse, the giant Swiss bank, tapped Thiam for the job. His path to Swiss banking CEO has certainly been usual.

Thiam’s eclectic heritage has been compared to President Barack Obama. Thiam was born in Côte d’Ivoire, raised in Morocco—his father was Côte d’Ivoire’s ambassador to the country—but completed most of his advanced schooling in France. Thiam’s mother taught herself to read and write as an adult.

Thiam was trained as a civil engineer, which is probably what led him to government work. In his early 30s, Thiam headed Côte d’Ivoire’s state-funded development office in charge of contracting and overseeing the country’s ambitious infrastructure projects. It was a post that had previously gone hand-in-hand with corruption, according to the 2011 Telegraph article. But he eliminated the kickbacks that had long run through his office into the pockets of “many senior politicians,” according to the Telegraph.

Manouan, the childhood friend, said he feared for Thiam’s life. Nevertheless, Thiam pushed through reform. Eventually, his job there led to a position as a top government minister, and then, after the 1999 coup, a short period of imprisonment.

Thiam joined McKinsey as a consultant in Paris and London. He most recently served as CEO of UK Insurer and asset management giant Prudential. He has never been a banker, and that could be his biggest selling point.

For Credit Suisse, a bank that has been plagued with a number of scandals in recent years, including one that led to a $2.6 billion fine and a guilty plea with the U.S. government, a background in stamping out corruption and refusing to work for a dictatorship is probably a better than having any experience managing a loan book. It’s a pretty good sign to regulators and customers that you are serious about cleaning a place up.

Thiam’s selection is also indicative of the shift going on at Credit Suisse and other banks, both in Europe and the U.S. The new CEO will replace Bradley Dougan, who ran CS’s investment banking division before becoming CEO. Investment banking, though, is not the moneymaker it once was. And at time when regulators and investors are looking for safety, particularly in Europe, banks are shifting to less risky businesses. JPMorgan Chase’s Jamie Dimon emphasized at a recent investor day the bank’s branch network over its investment banking operations. And Morgan Stanley has been trying to position itself as more of a wealth manager than the classic investment bank it always has been.

The move to hire Thiam for Credit Suisse is more of the same. And, at least so far, it seems to be a good move. Shares of the bank jumped on news of Thiam’s hire. Even more than a bank, the wealth management business is one that is built on trust. And if you want people to believe you are trustworthy, what’s better than picking a CEO who, while under house arrest, told a military leader that he was not interested in joining his coup? Sticking to your principles is not exactly a hallmark of the banking world. This is why Thiam is the new CEO of Credit Suisse, and a banker is not.