This ultra-rare Mercedes was just spotted in the wild 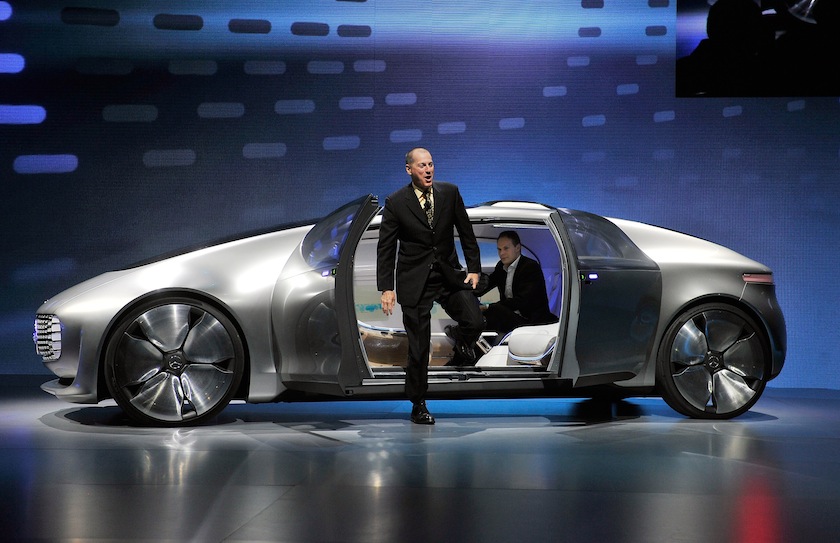 LAS VEGAS, NV - JANUARY 05: Consumer Electronics Association President and CEO Gary Shapiro exits a Mercedes-Benz F 015 autonomous driving automobile after it was unveiled at a Mercedes-Benz press event at The Chelsea at The Cosmopolitan of Las Vegas for the 2015 International CES on January 5, 2015 in Las Vegas, Nevada. CES, the world's largest annual consumer technology trade show, runs from January 6-9 and is expected to feature 3,600 exhibitors showing off their latest products and services to about 150,000 attendees. (Photo by David Becker/Getty Images)
Photograph by David Becker—Getty Images

A lucky few in San Francisco caught a glimpse of a the rarest of Mercedes recently—one without a driver. Here’s what the vehicle looked like:

The driverless car from Mercedes is no less than a spaceship http://t.co/wmJTk4Y75w

The concept car, dubbed the F015, was originally shown at the Consumer Electronics Show and the Detroit Auto Show, a Mercedes spokesperson told Fortune. It was on the streets of San Francisco because development on some of the technology therein is being done in nearby Sunnyvale.

Autonomous cars have been one of the most talked about technologies in the world in recent months. General Motors, for instance, has announced plans to get cars with autonomous features on the road by 2017. Technology firms such as Google and Uber have poured millions into their development.

Luxury cars are an extremely lucrative space in the United States; the volume is lower than other areas of the auto industry, but the margins are much higher. As autonomous driving becomes more and more popular, automated features are increasingly likely to become part of the selling proposition for higher-end vehicles.