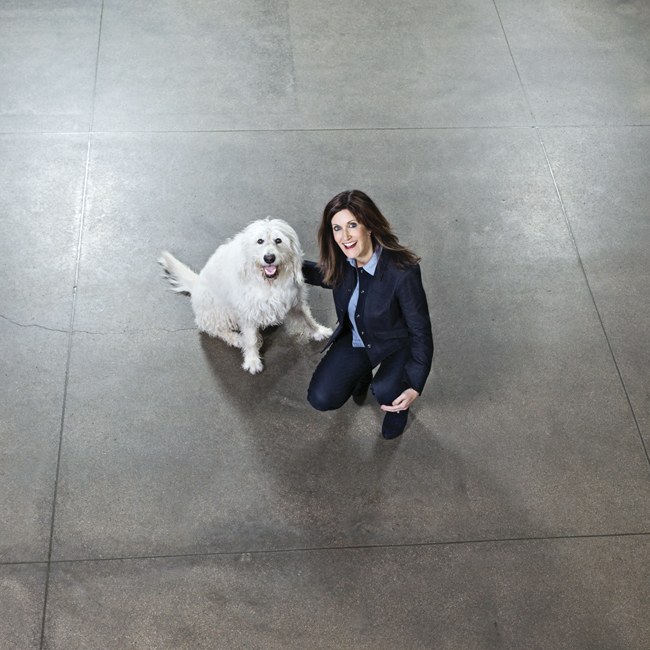 Heidi Ganahl’s twenties were marked by tragedy and disaster. Her husband died in an accident, and she lost most of the resulting $1 million insurance payout to bad investments, loans she made that weren’t paid back, and two aborted startups. Despite such setbacks, Ganahl, now 48, went on to launch Camp Bow Wow, a chain of day-care centers for dogs that has grown into the nation’s largest pet-care franchiser, with 152 locations in 37 states and Canada. Last year the franchises generated $85 million in revenue, and the company was acquired by VCA, an animal health-care business with revenues of $1.9 billion, for an undisclosed sum. Ganahl’s story:

I’ve always had a dog in my life. My parents gave me my first, a terrier mix, when I was 3. We lived in Monument, Colo., and my dad was in sales. My mom started the YMCA branch there. I was surrounded by awesome women—five aunts and my mom’s three best girlfriends—who all encouraged me to try whatever I wanted in life.

After getting a bachelor’s degree in business administration in 1988, I went into pharmaceutical sales, but it wasn’t my passion. In 1990, I met my first husband, Bion, and we both had entrepreneurial mindsets. Someone started a doggy day-care place next door to where he worked. We had two big dogs (a chow-retriever mix and a boxer-collie mix) and decided to expand on that idea and create a boarding facility that would offer doggy day care, grooming, and training.

We put together a business plan in 1994 and started looking for space. For Bion’s 25th birthday, my parents arranged a surprise flight in a 1943 Stearman biplane with a friend who flew in air shows. They were doing a flyby when the plane dove into the ground, 75 yards from my parents, and both men died. It put us all through hell, and I dropped the business, which we had named Camp Bow Wow.

Three months after the crash, the insurance company sent me a $1 million settlement check. Bion and I had lived paycheck to paycheck. Suddenly I had people coming out of the woodwork, wanting loans to start businesses. I’m a very trusting person, and I gave out money that was never paid back. I then hired a financial planner, who took over management of the money, and he made some bad investments.

At the same time, I started two businesses: a baby-bedding catalogue company and a consulting firm to help people who received sudden wealth, as I had. I got a certified financial planning designation, but my heart really wasn’t in either venture, so I stopped putting money into them. There’s a lot of emotional stuff attached to money that people inherit out of tragedy, and they invariably find ways to lose that money. I felt terribly guilty about getting that settlement check for Bion’s death, and that’s why I ended up losing most of it.

In July 1996, I remarried and had my daughter Tori, but the marriage lasted only a year and a half. I got into a custody battle that lasted four years, and that ate up more money, so it was a perfect storm.

One day my younger brother, Patrick, said, “You seem really lost. Why don’t you start Camp Bow Wow, and I’ll help you with it?” So in 2000, I used the last $83,000 from the settlement to start a business I was really passionate about.

We found an old Veterans of Foreign Wars hall that we rented for $2,000 a month. Nobody knew what doggy day care was back then. The zoning folks in Denver didn’t understand. They categorized us under “warehouse of commodities” and wouldn’t let us have more than 15 dogs or house them overnight. Luckily we found a place that the zoning department approved as a kennel.

At first the biggest challenge was convincing customers that dogs could play together safely and have fun. We talked to people walking their dogs, put on charity events for animal causes, left door hanger ads, and visited veterinarians to promote the business. Revenue the first year was about $100,000, which was enough to pay the bills. By 2003 we were doing $300,000 in sales.

I started a second location in 2002, and a client suggested I go to the International Franchising Association conference. I met great people there who mentored me, and we became the first pet-care facility to start franchising, in 2003. My brother decided to pursue sound engineering, so I bought him out.

Over the years we’ve added services. People would complain the dogs were stinky after playing all day, so we started a grooming service. We started Home Buddies, doing check-in visits at home if pets were too old or sick to be boarded. We also do dog training now.

Growth is expensive. You have to hire more people, invest in technology and new equipment. Early on, it was hard to manage cash flow without investors. I spent many nights wondering if I was going to be able to make payroll. I put a lot on credit cards, and my parents helped out, putting in about $100,000 over the years. But I was determined to make back that $1 million settlement money, and do it without outside help.

A few years ago I married again, and we have three young children in addition to Tori, who’s now a teenager. I knew it was time to start investing a lot of capital to grow Camp Bow Wow. It’s really tough to sell franchises now because of lending requirements. So I started looking for strategic partnerships and hit it off with the guys at VCA. They’re one of the most well-known brands in the pet industry. VCA bought us on Aug. 15, and I remain as CEO.

It took me a while to figure out what I wanted to do when I grew up, but I love this brand, and I’m proud of keeping the dog before the dollar. The reason I do this is to give dogs a happy, healthy place to stay if their parents can’t take care of them. Like dogs, I try to focus on the now and live in the moment.

Embrace technology. We were the first to use webcams in a pet-care facility. We’re now looking at offering collars with technology that can monitor exercise, hold information to check the dog in and out of camp, and more.

Give back to your mentors. You have to be a good steward of the relationship. Over the years, I’ve used free doggy day care or boarding services to help those who helped me. I try to steer business to mentors to show my gratitude, and I pay it forward by mentoring others.

Balance work and personal life. When I started Camp Bow Wow, I continued to work pharmaceutical sales part-time for the first year and a half. In the afternoons, I’d take my 4-year-old daughter to parks, where we handed out free Milk-Bones with coupons to people walking their dogs. It was hard being a single mom starting a business, but I found ways to do both.