Julianne Moore wants you to support “Women of Worth” 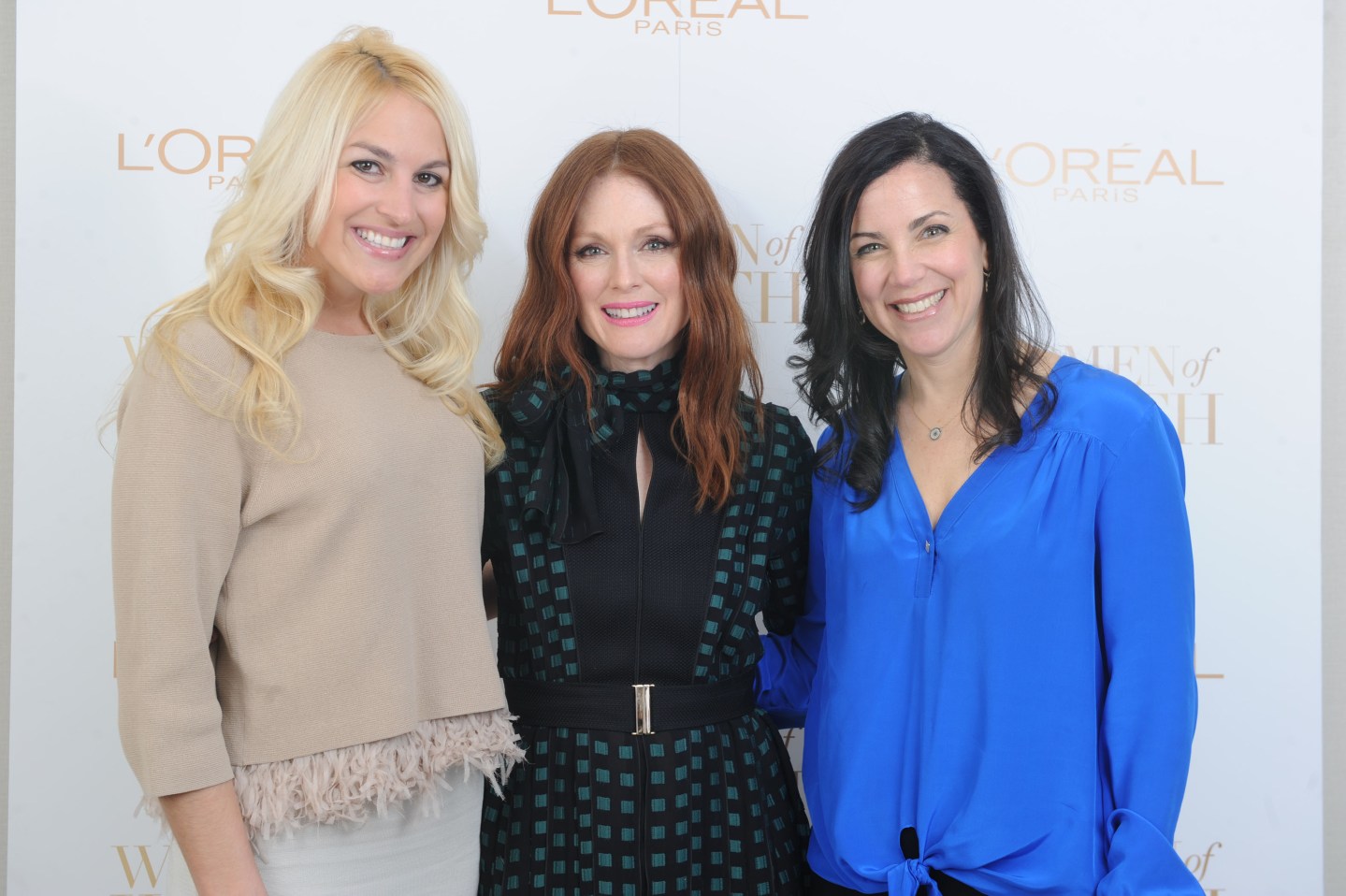 When an invitation arrived in my Inbox with the words Julianne Moore in the subject line, I have to admit: I immediately accepted. A week earlier she had won the Academy Award for Best Actress. If she wanted to talk, I would listen.

Moore, it turned out, was not promoting her latest movie. She had invited reporters to meet with her as part of her work for L’Oreal Paris’ “Women of Worth” campaign. Now in its 10th year, the program honors women giving back to their communities by selecting 10 women to receive $10,000 each toward their cause, and one to receive an additional $25,000. (Nominate the Woman of Worth in your community at WomenofWorth.com.)

It’s easy to get cynical when celebrities are attached to campaigns, but when I arrived at the suite at the posh Park Hyatt Hotel and met some of the honorees, it became clear that this cause was bigger than a movie star.

First I met Phyllis Sudman, a 2014 honoree. She experienced the loss of her three-month-old son to a cardiac arrest; she was recognized by WOW for co-founding Simon’s Fund. Of the more than 11,000 children the fund has tested without charge, nearly 100 children have been found to have heart conditions, which they can then seek treatment for, through Simon’s Fund or their own doctors.

I also met Kaitlin Roig-DeBellis, a 2013 WOW Honoree. A teacher who survived the shootings at Sandy Hook, she helped save the lives of 15 students.

The L’Oreal Paris honorees “turn something insurmountable into something fantastic, something really, really life-changing,” Moore says. The actress told me that she had a woman of worth in her own life: her mother, married at 20, had three children by 25, graduated college when Moore was in eighth grade and went on to earn two Master’s degrees. So, when Karen T. Fondu, the President of L’Oreal Paris, invited Moore to look at this program, it struck something personal in her. She was “blown away” by the honorees.

Roig-DeBellis echoed Moore’s sentiments, saying it was her mother, who worked for 25 years in non-profits supporting battered and abused women, who taught her to give back.

Roig-DeBellis also explained how surviving a mass shooting led her to create Classes 4 Classes. “In the days and weeks following,” she said, “it was very maddening. I was trying to answer ‘Why our school? Why my beautiful colleagues? Why those amazing children?’” Roig-DeBellis came to realize that she would never be able to answer why. “Not then, not now, not ever,” she said. She decided to make sure that she and her students would not be defined by the tragedy and to regain control over their lives.

“If I don’t, as [these students’] teacher, teach them that in life, you have to give,” she said, “then I’m completely missing the mark.” They connected with a class in Tennessee and sent them $1,000 from the donations they had received—and from there, more projects were lined up to create what Roig-DeBellis calls a “social curriculum” for the classroom.

Moore noted that the L’Oreal Paris’ Women of Worth program celebrates “everyone participating in community engagement.”

“We’re a global community and we’re all interdependent,” she added. “You have a responsibility to be present, to be a human being and to contribute.”