Safety is luxurious, as this natural beauty brand shows 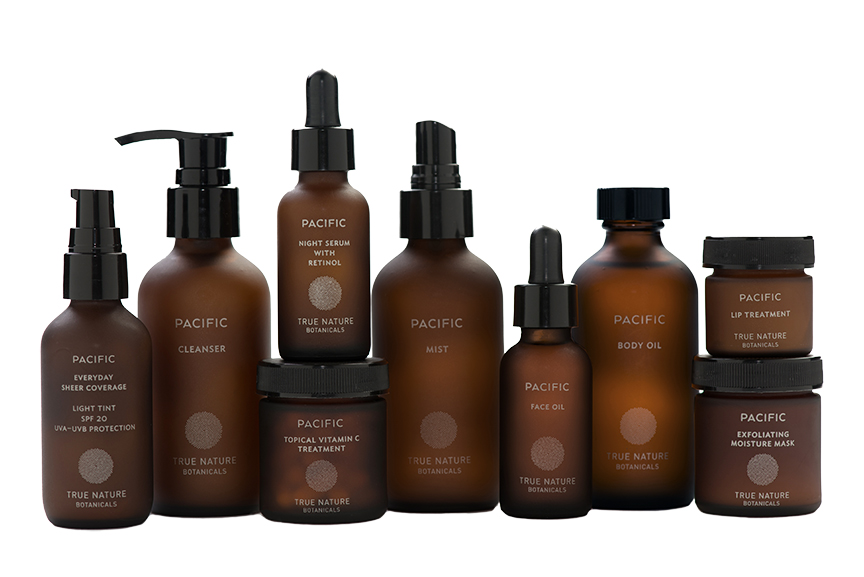 Peterson began her career in middle market lending. Then, like a not-surprising number of Bay Area executives turned entrepreneurs, she moved into a role at Levi’s, where she headed up retail marketing for the 501 brand. “Everything I did at Levi’s was focused on looking at consumer experience, and how do you enhance it,” she says.

Levi’s asked Peterson to stay on as a consultant after she gave birth to twins. She did, for a while. Then she was diagnosed with thyroid cancer, a diagnosis she also calls “an epiphany.” Peterson knew she needed to slow down and spend more time with her kids in a way that supported radically healthy lifestyle choices.

She also wondered what preventative measures she could take to avoid toxins in common household products and popular cosmetics. (Her son has also struggled with chronic fatigue.) The more research she did, the more she began to understand the health hazards of applying petroleum-based products like lotion directly to the skin or sudsing up with supposedly mild, infant-friendly shampoos that are actually formulated with formaldehyde.

In addition to surviving thyroid cancer, Peterson had survived a melanoma diagnosis years before. Her dermatologist suggested she slather herself in sunscreen. Sun protection is a no-brainer, but many mainstream sunscreens are formulated with chemicals like oxybenzone and octinoxate, both of which have been identified in laboratory studies as potential hormone disruptors. “Looking at the ingredients, I thought, this feels like Sophie’s Choice,” she laments.

Peterson knew how to market to savvy consumers. She also knew the ins and outs of financing a company. “I’m a bit of a mutt,” she says of her career experience. She adds with a laugh, “Mutts can end up being really great dogs!”

Searching for her next career opportunity and hoping to apply her newfound knowledge and passion, she found Marie Veronique Organics, a company in Berkeley producing high-quality, all-natural products. Peterson and MVO founder Marie Veronique Nadeau joined forces, and for the six and a half years they worked together, MVO doubled its volume of the business year over year.

When the duo parted ways professionally at the end of 2014, Peterson moved forward with one of the company’s product lines, Pacific Skin Care, to establish her own brand, True Nature Botanicals.

The Pacific Skin Care line is a valuable asset, given its proven track record. In a 45-day randomized, comparative, double blind trial conducted in 2013, the TNB product line faced off against legendary high-end skincare brand Crème de la Mer. The independently conducted trial compared True Nature Botanicals Pacific Face Oil and Face Serum against La Mer Moisturizing Cream in women over 40 (with a mean age of 55) in South Florida and tested long-term impacts and improvements, such as increasing facial hydration and smoothness.

The results are striking. True Nature Botanicals outperformed La Mer across nearly every test measurement, including a decrease in fine lines and wrinkles, pore size and congestion, and redness and inflammation.

Peterson notes that while not by design, her products are also slightly more affordable. True Nature Botanicals Face Serum and Face Oil duet is packaged in two one-ounce bottles for a total price of $230, while a 2 oz. jar of La Mer cream retails for $285. “But we don’t want to represent ourselves as bargain brand,” she says with a laugh.

In 2014, True Nature Botanicals also released a small line of solid fragrances made without any synthetic ingredients. When the TNB team sat down with one of the oldest fragrance houses in France, the perfumers wanted to know what the budget would be. Peterson had a better idea.

“I would rather say: what would a perfumer use if she could use anything? What would be a luxurious budget?” Peterson asked. “Our goal is not just to offer luxury but to offer the very best products available without toxins.” Without budget constraints determining ingredient choice, Peterson says the perfumer called the collaboration “a dream.”

Besides La Mer, True Nature Botanicals has competitors in the all-natural beauty products. For example, Kari Gran, an eponymous eco-friendly skincare line that launched in 2011 and is now stocked by Sephora, just announced 2014 year-end gross revenue of $500,000, a 200% YOY increase. The company’s co-founder and namesake, Kari Gran, battled an autoimmune disorder that, like Peterson, gave her the same pause and passion to create a holistic skincare solution.

Even a simple search on the Environmental Working Group’s Skin Deep cosmetics database of more than 70,000 products brings up a handful of similar all-natural, woman-founded, environmentally conscious skincare lines.

True Nature Botanicals has never accepted investor funding and doesn’t release revenue numbers. But the company makes a tidy profit by focusing on selling direct to consumers online and through select partner salons and spas around the country. “Eighty to ninety percent of our business is direct, and we plan to maintain that ratio,” says Peterson. In 2015, the company will launch room mist and hair care product lines.

“It turns out what’s good for you is also luxurious. You don’t have to choose,” Peterson notes. When she’s frustrated trying to get her message across, she looks to European countries, where she says there’s more respect for the precautionary principle—the idea that until something has been tested, it should be avoided. In the U.S., the opposite is often true, and major beauty companies aren’t going to be the ones leading the charge for safer cosmetics and skincare products.

“It’s not easy to formulate safer products,” she says. “But it’s doable.”