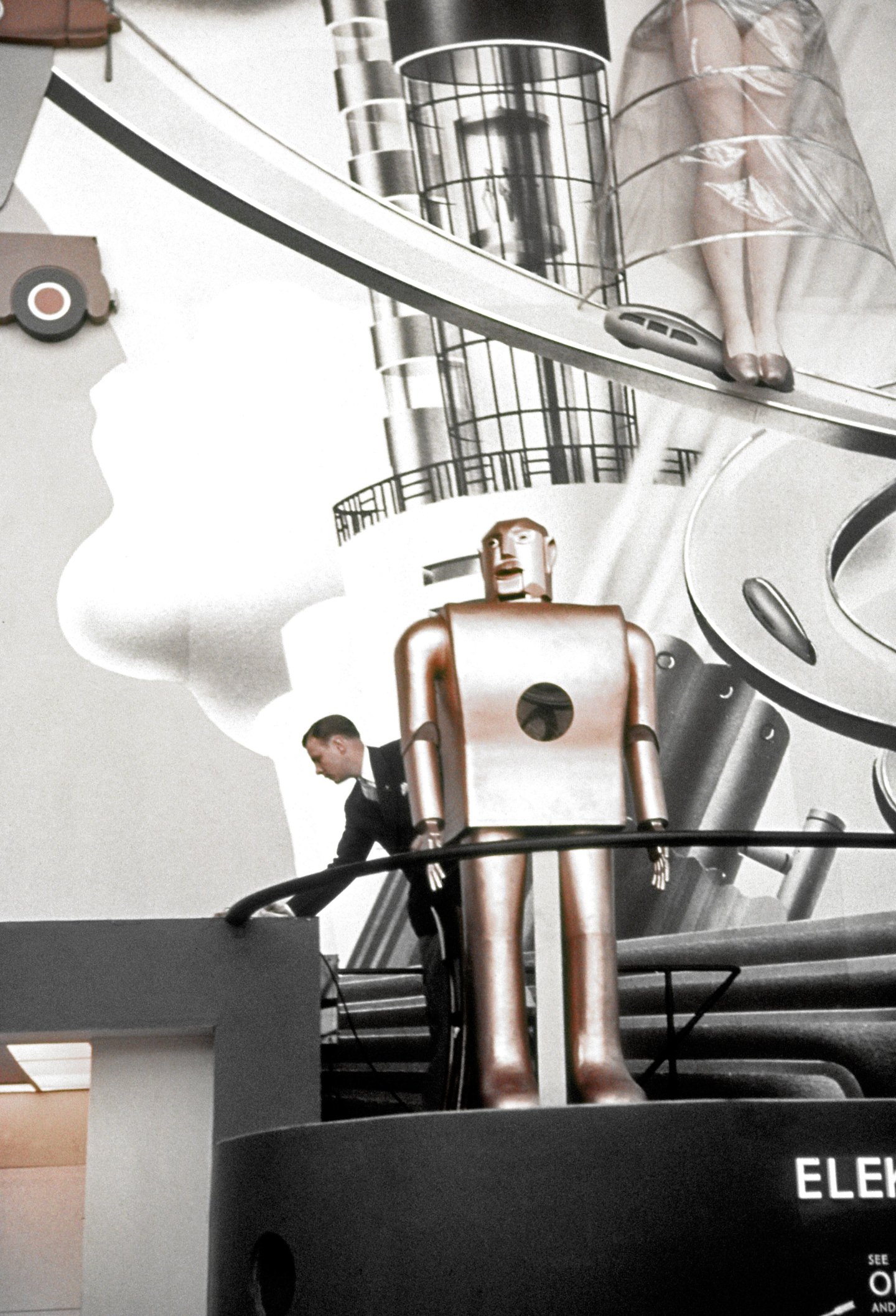 For years now, some researchers have been anticipating that robots would take away jobs from humans. In the UK, Deloitte and the University of Oxford predicted that 10 million unskilled jobs could be taken over by robots. University of Oxford researchers Carl Benedikt Frey and Michael Osborne estimated in 2013 that 47 percent of total U.S. jobs could be automated and taken over by computers by 2033.

Some experts say not to worry because technology has always created new jobs while eliminating old ones ones, displacing but not replacing workers. But lately, as technology has become more sophisticated, the drumbeat of worry has intensified. “What’s different now?” asked Leigh Watson Healy, chief analyst at market research firm Outsell. “The pace of technology advancements plus the big data phenomenon lead to a whole new level of machines to perform higher level cognitive tasks.” Translated: the old formula of creating more demanding jobs that need advanced training may no longer hold true. The number of people needed to oversee the machines, and to create them, is limited. Where do the many whose occupations have become obsolete go?

Until recently, it was largely blue collar jobs that have felt the brunt, as technologies automated assembly-line work. Now, researchers are beginning to see that artificial intelligence, robotics and new disruptive technology are challenging white-collar professions that previously seemed invulnerable.

Look at FedEx. “They hope that by 2020 they will have a pilot center with three or four pilots that fly the FedEx fleet [of hundreds of planes] around the country,” said Frank Tobe, editor and publisher of The Robot Report, a publication that tracks and analyzes the robot industry. Or there’s education. “I invested in one company that uses robots to teach mathematics in schools,” said Dmitry Grishin, CEO of Russian tech giant Mail.Ru Group and head of robotics VC firm Grishin Robots.

Which raises the question: Will pushing labor onto machines open a new bright future for humanity, or a new variation on the Terminator series: Rule of the Robot Overlords?

Here are five professional jobs already being replaced by computers, robots, and AI.

Gathering information; interviewing people; answering who, what when, where, why, and how; and writing the results. It's the daily grind for journalists. But make the information machine readable and you have the potential for disruption.

Associated Press has run an experiment of automatically creating corporate earnings reports since June 2014 with software from Automated Insights and data from Zacks Investment Research. After working through problems at the outset, the process is virtually error-free, which likely beats what humans would do.

AP's sports department is using automation to generate reports for events with small audiences. The organization says it frees up staff to do more important things, helping stretch media budgets. "The company claims it can weave that data into a compelling narrative that on a skill level an experienced writer can do," said Martin Ford, a software entrepreneur and author of Rise of the Robots: Technology and the Threat of a Jobless Future. Given the sometimes questionable level of writing demonstrated by college graduates and "the hurdle machines have to cross to out-perform humans with college degrees isn't that high." But at one time junior reporters would have done the duller work and learned basics of their craft. In less than a year, the potential pool has become smaller.

Does it take a human to understand how to craft a message that will motivate someone to make a purchase or even open an email? Apparently not. In an automated tour de brute force, natural language software firm Persado analyzes data with semantic algorithms to determine what email subject lines, for example, will get the best response.

Working for clients like Citi and Neiman Marcus, the company's systems can reach into its database of scored language, analyze all the variations of a particular message, and systematically create wording that will have the necessary emotional pull, with the ability to test thousands of permutations to find the best performing versions. Machine-generated email subject lines can sometimes double the number of messages opened compared to human-written ones.

There's also the rapidly-developing field of programmatic ad buying. Instead of having people choose where to place ads in magazines, software focuses online, using billions of pieces of information about potential subjects and targeting ads on the best prospects in real time.

You might think that doctors represented the ultimate in hands-on expertise that had to be local, but that isn't the case. Johnson & Johnson's Sedasys system, already FDA approved, can automate delivery of low-level anesthesia in applications like colonoscopies at the fraction of the cost of a dedicated anesthesiologist. A doctor can supervise multiple machines at the same time to keep the human element.

IBM's Watson, well known for its stellar performance in the TV game show Jeopardy!, has already demonstrated a far more accurate diagnosis rate for lung cancers than humans -- 90 percent versus 50 percent in some tests. The reason is data. Keeping pace with the release of medical data could take doctors 160 hours a week, so doctors can't possibly review the amount of new insights or even bodies of clinical evidence that can give an edge in making a diagnosis.

Surgeons already use automated systems to aid in low-invasive procedures. Right now, the doctor is in charge, but eventually machines might do simpler procedures themselves. According to Beane, there have already been demonstrations -- on Silly Putty -- of how a robotic system could potentially remove tumors from tissue. There is also at least one hair transplant robot on the market, allowing one surgeon to oversee multiple procedures at the same time.

"A lot of things we do manually we have automated through robotics," said Dr. Propa Ghosh, medical director of robotics surgical services at Hunterdon Medical Center. "Instead of using sutures, now we're using robotic staplers." She finds it hard to see how machines could do fully automated surgeries because of anatomical variations and the current difficulty computers have in generalizing patterns. However, Ghosh added, "I never could have predicted have the things that have come to play ten years ago, so it's hard to say where the future will be."

In large lawsuits, the discovery process can involve literally millions of documents. Reviewing such materials was traditionally one of the lower-level tasks lawyers or paralegals could face. But now, new software systems can do the job.

These systems use syntactic analysis and keyword recognition to comb through emails, texts, databases, and scanned documents to find those that one party in a lawsuit would be obliged to turn over to the other through the legal discovery process. It's also conceivable in the near future that a legally-trained Watson might be able to construct a system with a vast store of cases and precedent and create drafts of briefs -- the sort of research and writing work generally handled by associates in law firms.

Quantitative legal prediction is another hot point, according to Ford. Lawyers now are highly paid for knowing which arguments are most likely to win a case, assessing past court rulings and even the idiosyncracies of a judge. But researchers at Michigan State University and South Texas College of Law constructed a statistical model that was able to predict the outcome of almost 71 percent of U.S. Supreme Court cases. "That ability to make those predictions [of legal outcomes] is probably the most valuable ones lawyers can do," Martin said.

Predictive systems, big data, and computing power combine to provide an idea tool for analyzing and predicting the behavior of investments. With no practical limit to the amount of company and industry data that can be considered, some financial professionals will find it difficult to keep up. "Now with machine algorithms and big data disrupting, stock and equity analysts will have to figure out what their value ad is going to be," said Leigh Watson Healy, chief analyst at market research firm Outsell.

There will be pressure on those who advise individuals, as well. "One trend in the investment industry over the last few years has been the advent of 'robo-advisers,'" said Stefan Kip Astheimer, vice president for strategy at wealth management firm Howe & Rusling. "These are automated services that are replacing personal financial advisers, financial planners and stockbrokers for younger individuals and individuals who don't have complex investment needs."

An example is SigFig, which takes into account a client's risk tolerance and then uses algorithms to diversity and manage investment accounts using a variety of low-cost funds.