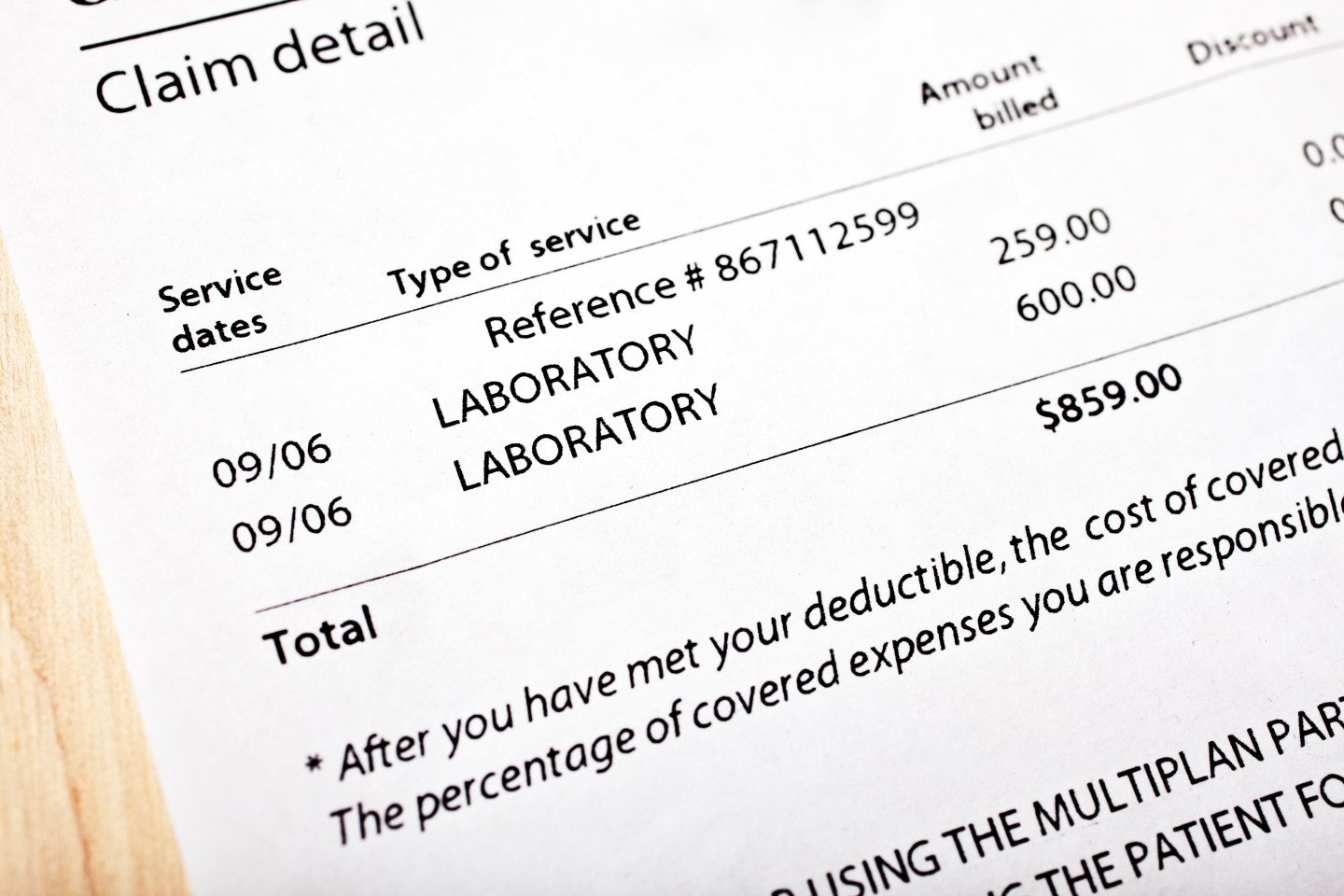 A recent report from the U.S. Department of Health and Human Services found that 42 percent of Medicare claims for routine office visits contain a coding error. The issue amounts to $6.7 billion in improper payments annually—but that’s just a drop in the bucket. One estimate, from billing fraud expert and Harvard mathematician Malcolm Sparrow, puts the total cost of waste, errors, and abuse at some $270 billion per year.

That’s why TrueClaim, a startup currently working out of the DreamIt Health accelerator in Philadelphia, is trying to take a piece of the $210 billion that insurance companies annually spend on claims-processing software, services, and manpower. The company is preparing to launch a new, automated solution for verifying claims. The key difference, according to co-founder and CEO Kasey Sousa, is looping in the patient and using them as a primary source of data to double-check billing line items.

TrueClaim is, in essence, a health-focused adaptation of the model that credit card companies use to review suspicious transactions. “What do they do? They don’t reach out to the merchant. They don’t investigate it independently. They call you because it’s the easiest way to find out if a charge is correct or not,” says Sousa. “It’s a fairly simple paradigm. We saw it working in the credit card industry and thought, ‘[Health] is a much bigger pool of money. Why isn’t it happening?’” (Credit card fraud in the U.S. amounts to $7.1 billion in annual losses.)

The TrueClaim system plugs directly into an insurance provider’s claims feed. After a doctor submits a claim, the TrueClaim engine, which is hosted on a HIPAA-compliant server in the cloud, analyzes it for potential billing errors. If it sees a suspicious bill or charge, the system will contact the patient with an email, phone call, or text message and ask him a series of up to four “yes-or-no” questions. They might be simple (“Did you see Dr. Smith last Tuesday?”) or detailed (“Did you make this appointment to get care for your shoulder?”). If the answers don’t match the bill, the system signals the insurer to rectify the error with the doctor.

In a 2014 beta test, the system was able to save each patient it contacted $60, which translated to $140 in savings for the insurance company. On the heels of that study, TrueClaim is set to begin a pilot program with Independence Blue Cross and its 250,000 enrollees in the first half of this year.

The system will also be a boon patients on high-deductible plans, for which the individual pays $5,000 or more out of pocket before coverage kicks in. “The pilot anticipates working with members who have high-deductible health plans,” explains Tom Olenzak, Innovation Director at Independence Blue Cross, “to allow us to help assure them that the charges they pay for health care services are appropriate.”

According to Sousa, most of the mistakes their engine identifies are honest or the result of human error. “There are basically 14,000 codes you can bill as a healthcare provider,” Sousa explains, “and they come in millions of combinations.” For instance, a procedure performed on one eye might accidentally be charged for both eyes.

Sousa and co-founder Chris Garson, who previously worked together developing medical billing and electronic health record software, have programmed the TrueClaim algorithm to spot common indications of billing errors and continuously learn new triggers over time. The engine knows what combinations of billing codes commonly go together, how long procedures should take, even what providers have histories of inconsistent billing. At the same time, Sousa and Garson have worked with potential partners to gather an even larger dataset—some 40 million claims, which amount to about $1 billion in total charges—which they will use to train the TrueClaim engine.

Typically, insurers would sort through claims with doctors but without input from the patient, a process that often leaves the latter with sticker shock when the bill arrives. Insurance providers use a number of services—Health Data Insights, for example, analyzes claims integrity for Medicare and Medicaid—to surface billing mistakes and bad claims.

Patient access to this process is extremely limited if not nonexistent. Patients can, of course, comb through bills on their own or contract a third-party service to help them analyze their bills in the hope of recouping some of the charges. Limited automatic reviewing options are available; SimpleeONE, a consumer medical payment portal and app, will flag charges that appear to be made in error, but still leaves customers to follow up with the insurer and/or provider.

TrueClaim received $50,000 through DreamIt Health in the summer of 2014 and will begin a second round of funding on the heels of the Independence Blue Cross pilot program.