Will the Oscars board of judges really be diverse one day? 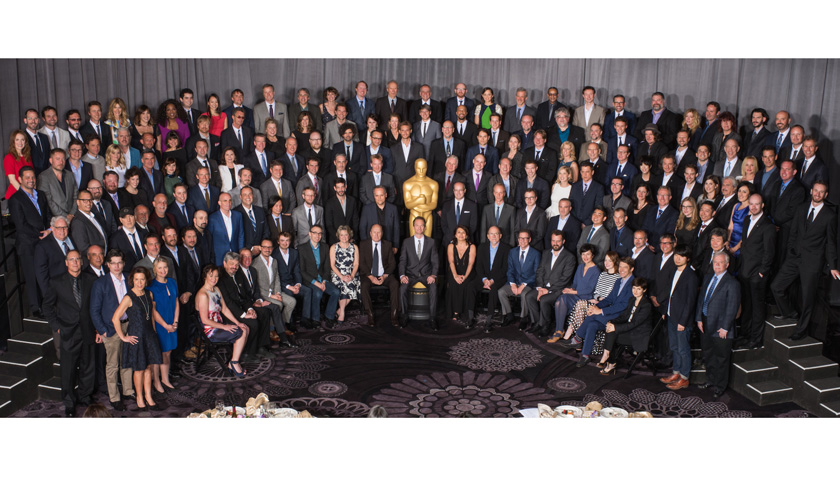 The absence of diversity in the pool of Oscar nominees this year has cast a harsh glare on the old boys’ network—a homogeneous group similar to the one that fills the top ranks of corporate America.

Hollywood’s lack of diversity grabbed the spotlight after the Civil Rights drama “Selma” received no Oscar nominations for its director, Ava DuVernay, or its star, David Oyelowo. That fueled a storm of critics on social media who, with hash tags like #OscarsSoWhite, said ignoring the well-received film reflected racial bias—or, at minimum, lack of understanding that the film marks a key event in the civil rights movement.

In the Oscars’ prestigious category of acting, the nominees are all white and no women are named in the coveted directing or writing categories. The seemingly biased judging has been blamed on the Oscar judging board’s composition, which is estimated to be 93% male.

That lack of diversity mirrors big business, where less than 20% of corporate directors are women and 10.3% are African-American.

Both sectors’ boards could use serious membership overhauls. Awareness, of course, is a great start. After initially brushing off the Academy’s diversity problem, president Cheryl Boone Isaacs—the first African-American woman to head the body— said that the backlash has prompted her to step up Academy efforts to be more inclusive.

Large Fortune 500 corporations and buzzy Silicon Valley firms have also recently discussed their efforts to be more inclusive. Warren Buffett has been outspoken about the need for more women leaders and has urged them not to doubt their talents. Google (GOOG), which as been singled out for its lack of diversity, has taken steps like paying for women and minorities in the tech business to learn coding skills.

Hollywood, on the other hand, makes no bones about rebuffing change. Lionel Chetwynd, a 75-year-old film director, producer and screenwriter, wrote in the Hollywood Reporter last month that “enforced ‘diversity’ will undermine the very mission” of the Academy.

“The face of the Academy will change as it should, to the meter of its time, the pace of its art,” he wrote.

At the current pace, “it will be 100 years before the Academy looks like America,” says Darnell Hunt, director of the Ralph J. Bunche Center for African-American Studies at UCLA, which recently published “The Hollywood Diversity Report.”

As if to underscore the point, thus far no plan of action has been delivered in advance of the Oscar awards ceremony on Sunday. And, despite some corporations making conscious efforts to increase the number of women on their boards and their C-suites, the needle barely moved. The number of women on public boards has grown less than 2% over the past five years.

So how can this influential organization and corporations create real change? Lee Hanson, vice president of executive recruiting at Heidrick & Struggles, says committing to change is the first step.

“Companies are increasingly looking at different pools for board nominees and identifying people with different backgrounds. There’s a genuine interest in diversifying,” she says. But without firm term limits or mandatory retirement ages, she says, openings can be limited. Like many Fortune 500 boards, the Academy does not have term limits.

A number of U.S. corporations are trying to be get more women and minorities on their boards by modifying their director searches to include people with varied experiences instead of sticking strictly with familiar business resumes.

But that approach may be tough to incorporate into the Academy’s practice. It has a serious chicken and egg problem; The Academy’s branches allow for directors to nominate directors, actors to nominate actors, etc., so membership draws heavily on personal and social connections and all members must be sponsored by two current members—the exception being Academy Award nominees, who do not require sponsors.

Ariel Investments’ president Mellody Hobson, who’s also the chairman of DreamWorks Animation (DWA), thinks just the conversation around the topic is a huge first step. “In the context of corporate boardrooms the action is simple: it’s diversifying the board. The conversation in and of itself is a real move forward. The conversation will lead to action,” she told Fortune in January.

Don’t expect change overnight. But the fact that this topic is getting the attention it so deserves is, according to Hobson, a forerunner of progress.