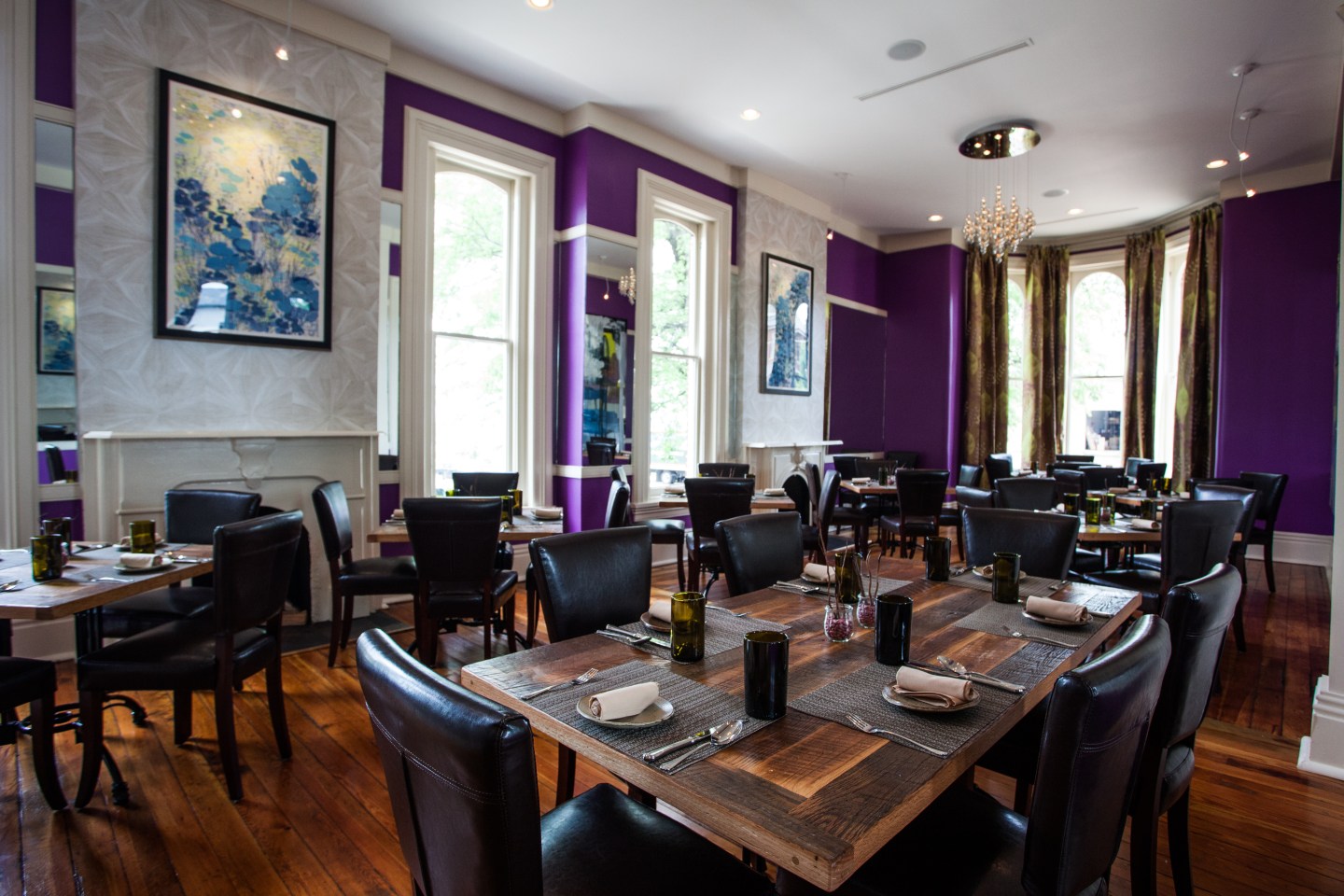 As much as chefs love experimenting with the latest tech-driven cooking techniques, mastering one that has been around since the dawn of civilization is making a comeback: playing with fire.

Wood fire cooking appeals to chefs craving a more direct connection between them, their ingredients and their devices. The technique is also a way to understand an ancient cooking style. While hard to master, it also provides a depth of flavor that’s hard to achieve using other cooking styles.

Everything, such as the salted and dried venison with bone marrow and vendace roe, is cooked over an open fire at Ekstedt in Stockholm. The dish, part of a seven-course meal, runs around $121 US. Stateside, Chef Sean Brock relies on wood fire to create a high-end twist to his southern comfort food at his restaurant Husk Nashville in Nashville, Tennessee.

One of the reasons Brock was attracted to cooking over an open fire is because the technique allows him to cook simpler food with more flavor. Growing up in the South, he says the smell and taste of smoke was very common and a flavor he craved. “Once I started using hickory coals as the main cooking medium, I saw that the techniques I was using in order to do this were driving the cuisine, and inspiring the creativity and complexity of the dishes,” Brock says.

Ryder Zetts, executive chef at Archetype in St. Helena, California, learned how to prepare fish on a wood grill in Florida using almond and white oak wood. He enjoys cooking with fire because the very hot temperature allows him to sear things more quickly and efficiently than using a sauté pan. Today, he is creating rustic, yet sophisticated American fare using local seasonal ingredients – some of them foraged by his own brother in the Napa Valley region – and creating dishes bearing the signature char from his restaurant’s wood-burning grill, or an infusion of smoke from their wood-burning oven.

Most people associate meat with fire, but both Brock and Zetts love what the open flame does to their vegetables. Brock even directed the design of the hearth with how to prepare vegetables in mind.

He worked with the team at Grillworks to create his hearth for the restaurant. “I wanted a grill that held the wood up in a cage so as it burns, the coals would fall to the hearth floor, allowing us to move those coals all over the hearth,” says Brock. “We have two grills that are adjustable to different heights, allowing us to temper proteins and slow cook vegetables. Above it a custom rack sits above the fire where we can do more smoking. Basically, we wanted to do four things: grill indirectly and directly, slow roast, and smoke.”

“Obviously the flavor is key,” Zetts says. “Cooking vegetables such as kale over wood picks up a smoky flavor. Anything that is complementary with smoke is great on a wood grill.” Zetts uses his grill to prepare everything from kale and artichoke to rye tagliatelle and Nantucket Bay scallops.

Brock uses perforated grill pans cooked directly on the coals. “It gives food like cabbage and mushrooms an incredible depth of flavor,” he adds.

Despite the appeal of cooking over an open fire, mastering it isn’t easy, and culinary schools aren’t teaching it.

“It’s one of those things where it takes a long time to master; you have to cook with intuition,” says Brock. “The coals and fire are always different temperatures and you have to learn to control heat [and] work with variable heat. You need to pay close attention, and be totally in tune so it doesn’t have too much flavor, isn’t too hot, too cold, etc.”

Zetts teaches his cooks side-by-side as the nuances between direct and indirect heat take time and practice to learn well. Variables from humidity, time of year and how moist or dry the wood used can affect the way a dish cooks and tastes.

“The fun thing about hearth cooking is you’ll never run out of new ways to use it and new discoveries,” says Brock. “The cooks are doing it all day. Garde Mangers are cooking gourds over the fire during prep. Every station has components cooked in the hearth. As the cooks rotate their way through the stations in the kitchen, they are working their way to the hearth.”

Open fire cooking might be hot, both literally and figuratively right now, but both Brock and Zetts feel we’ll be seeing more chefs incorporating open hearths in their restaurants.

“Human beings have been cooking with fire for centuries, so I don’t think it’s a trend that is ever going away,” says Zetts.

“It’s surprisingly easy once you get over the initial nervousness,” admits Brock. “It’s one of the most primal forms of cooking. If a caveman can do it, you can do it.”