Xiaomi to start small in U.S., with earphones and bands 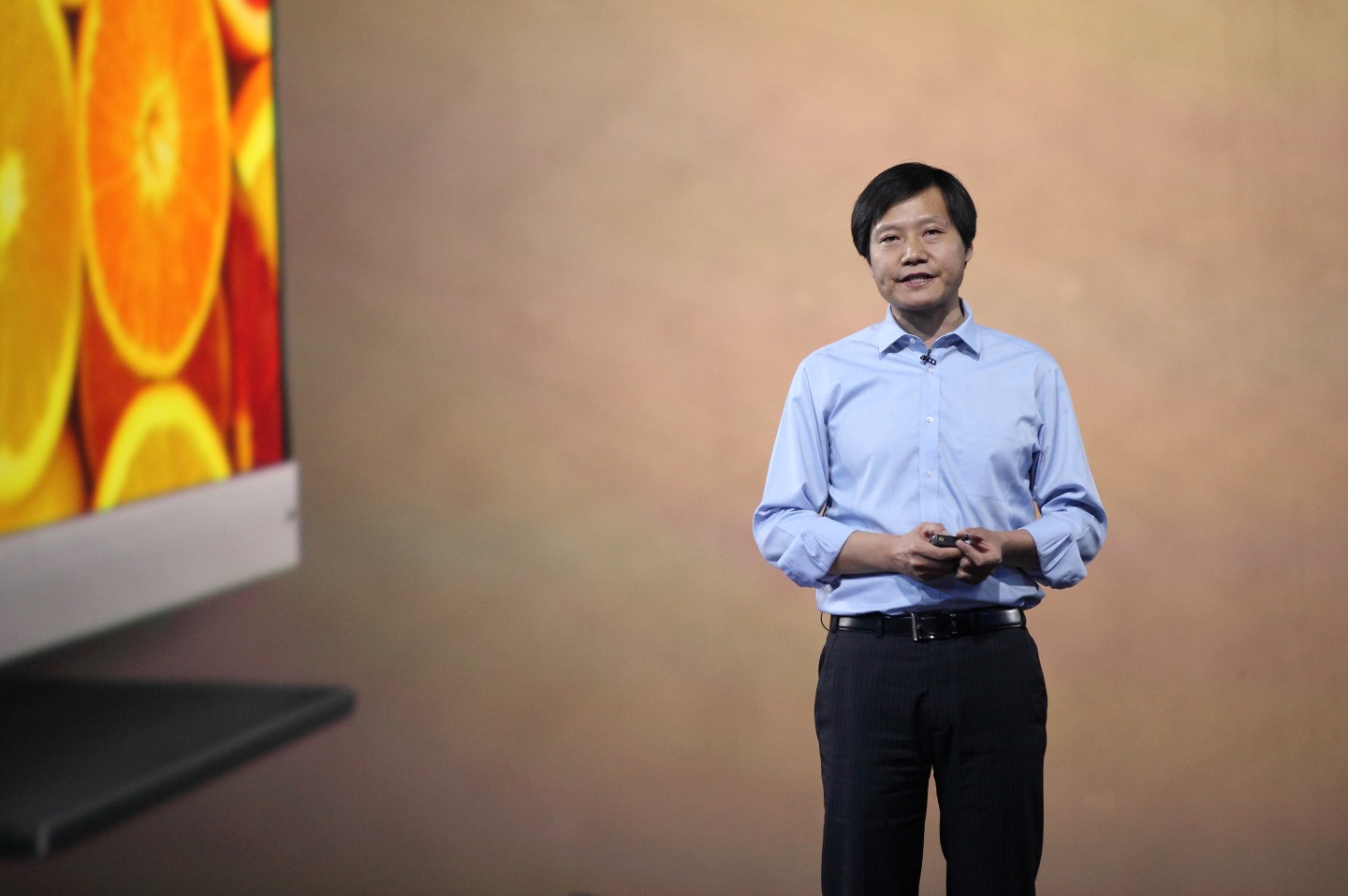 BEIJING, CHINA - MAY 15: (CHINA OUT) Xiaomi CEO Lei Jun speaks during a product launch on May 15, 2014 in Beijing, China. Privately owned Chinese electronics company Xiaomi has lauched its first tablet and low-price 4K TV on Thursday. The newly launched "Mi Pad" is looking to shake up the tablet market to rival Apple's iPad mini with a new low-price slate set. (Photo by ChinaFotoPress/ChinaFotoPress via Getty Images)
Photograph by ChinaFotoPress/Getty Images

The company also said it is close to securing a manufacturing partner in Brazil, which will help it skirt punishing tariffs on imported electronics when it begins sales in Latin America’s largest economy in the first half of this year.

Xiaomi, a five-year-old upstart whose name means “Little Rice,” came out of nowhere to become China’s fastest-selling mobile brand. It has been rapidly expanding its global footprint through direct, online sales.

The company was valued at $45 billion in a December funding round that drew investors ranging from Singapore’s sovereign wealth fund to a private capital firm backed by Alibaba Group co-founder Jack Ma.

Its Mi devices, which scored with Chinese users because of their low cost and the company’s heavy reliance on user interaction and feedback, are now sold online across Asia, including most recently India.

Brazil marks the company’s first foray with smartphones outside of its home continent. Global operations vice president Hugo Barra said Xiaomi intends to begin selling its phones there in the first half of this year.

The company is in “extremely advanced discussions” with at least half a dozen manufacturing partners there, Barra, a former Google executive, said without revealing names, which will help it side-step a roughly 60 percent tax on foreign electronics.

The industry is particularly curious about Xiaomi’s potential to make a dent in the United States, which is the world’s biggest mobile market in dollar terms but one where phone sales are controlled by telecoms carriers and where Apple holds sway.

The company is eschewing bigger-ticket items like phones and tablets for now partly because of the United States’ carrier-sales and phone subsidy structure, which eliminates Xiaomi’s cost advantage. More generally, Bin and Barra talked about the time and effort needed to tailor its MIUI Android-based operating systems for individual markets and obtain certification, among other things.

Xiaomi’s main intention for now is to engage American consumers and try and build a community there the same way it has in China and India – through fan events, interaction with users on social media such as a dedicated Facebook page, and gradually coming to know both local preferences and building its brand.

For example, Barra told Reuters how Xiaomi might put its self-branded headphones in front of U.S. audiophiles and tweak the product depending on their detailed feedback.

“We’re keen on being in the conversation in the U.S.,” he told reporters.