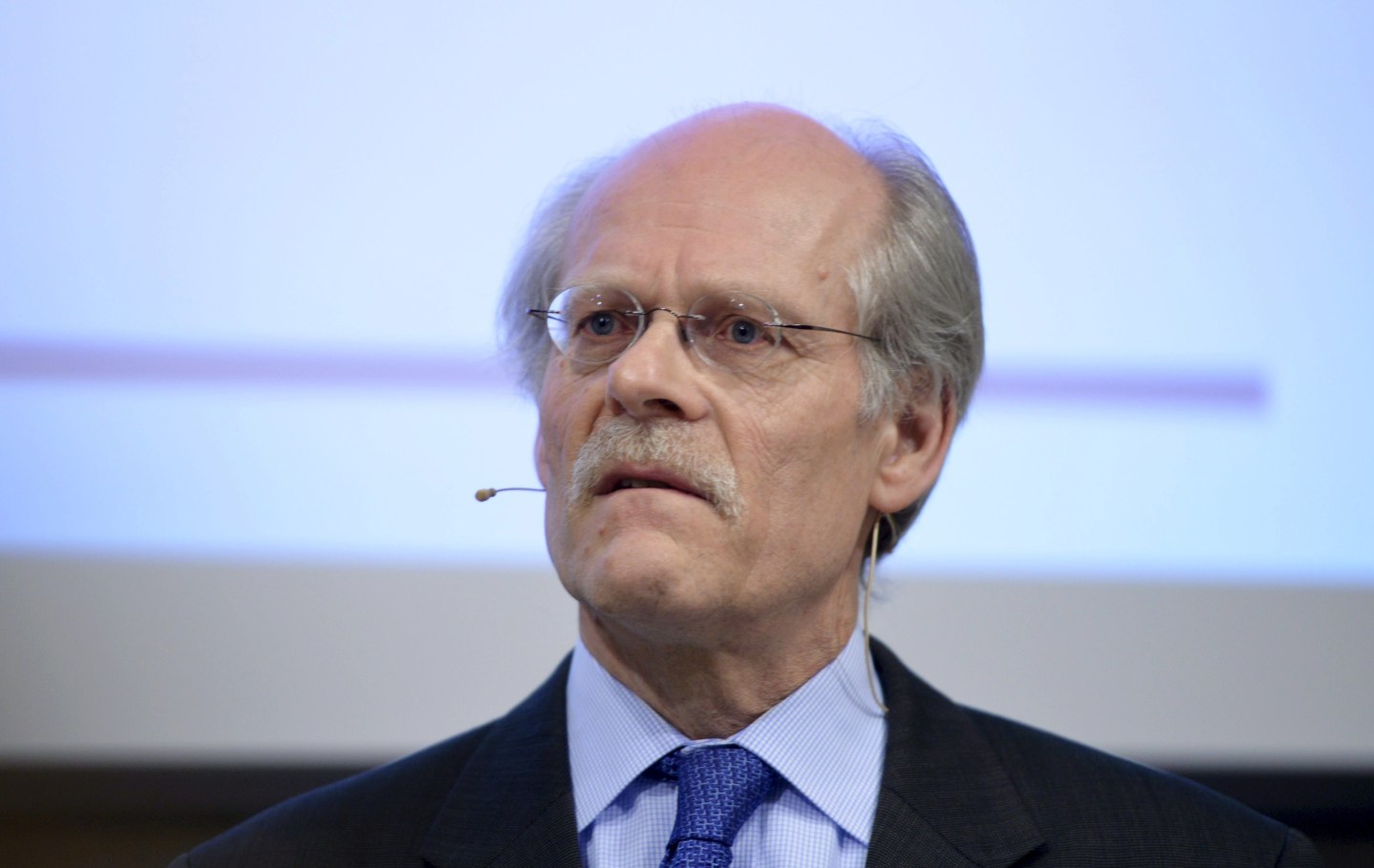 Central bankers across Europe seem to fall into one of two camps these days: those who are panicking now, and those who panicked six years ago and are trying to convince the world they don’t need to again.

Both types were on display in Europe Thursday.

The Bank of England signalled that it wouldn’t resort to the money-printing presses even if, as it expects, the rate of inflation falls below zero in the next few months.

Meanwhile, over in Sweden, the Riksbank joined the growing band of central banks with negative official interest rates, and announced an–albeit modest–10 billion kronor ($1.19 billion) quantitative easing program to ward off deflation. It also updated its guidance for the repo rate over the next two years, and now doesn’t expect it to be above zero until 2017. Just for good measure, it said it will cut rates further and print even more kronor to get inflation back to 2% if necessary.

The Riksbank is now the third central bank in Europe to cut its main rate below zero this year, following its Swiss and Danish counterparts. Like the Swiss and Danes, Sweden has seen inflation running at around or below zero for most of the last two years. Like the European Central Bank, which announced a much larger QE program last month, it’s afraid that the recent drop in oil prices will push the CPI down so far as to create doubts about the prospects for the economy overall.

By contrast, the Bank of England was pretty confident in its latest Inflation Report that the effect on inflation from the collapse in oil prices would be temporary. Governor Mark Carney said the 50% drop in oil prices was “unambiguously positive for the global economy,” and also pointed to the likely positive effects of the ECB’s QE on demand in the region.

As such, the BoE expects inflation to rebound to 2.1% by 2017. That’s partly because Brits are incurable spenders (consistently running a current account deficit while their continental rivals run large surpluses) so they’re more likely to spend the windfall from lower fuel prices than to save it, supporting the general price level. But it’s also because the recovery is more entrenched in the U.K. after eight straight quarters of growth (the B0E now expects GDP to grow 2.9% this year and next).

Although the causal link isn’t proven, the U.K., like the U.S., was an early and aggressive adopter of QE during the crisis. The U.K. jobless rate is now at a six-year low, although wage growth is as weak, if not weaker, than in the U.S..

Quite whether the BoE’s Carney is as happy with the market reaction as Riksbank governor Stefan Ingves is another matter. Both countries have the Eurozone as their biggest trading partner, and neither is entirely relaxed about the ECB’s attempts to revive the Eurozone economy through a lower exchange rate (albeit indirectly). While the Riksbank’s action managed to keep the krona on its long-term trend of depreciation against the euro (it fell to a five-year low Thursday), the pound rose to its highest level against the single currency since 2008.

That’s still not a currency war, in the classic sense, but Carney may be uncomfortably close to a currency sulk. The BoE’s upper lip may be stiff today, but the bottom one will be coming out if the pound rises much higher and starts killing the export sector.