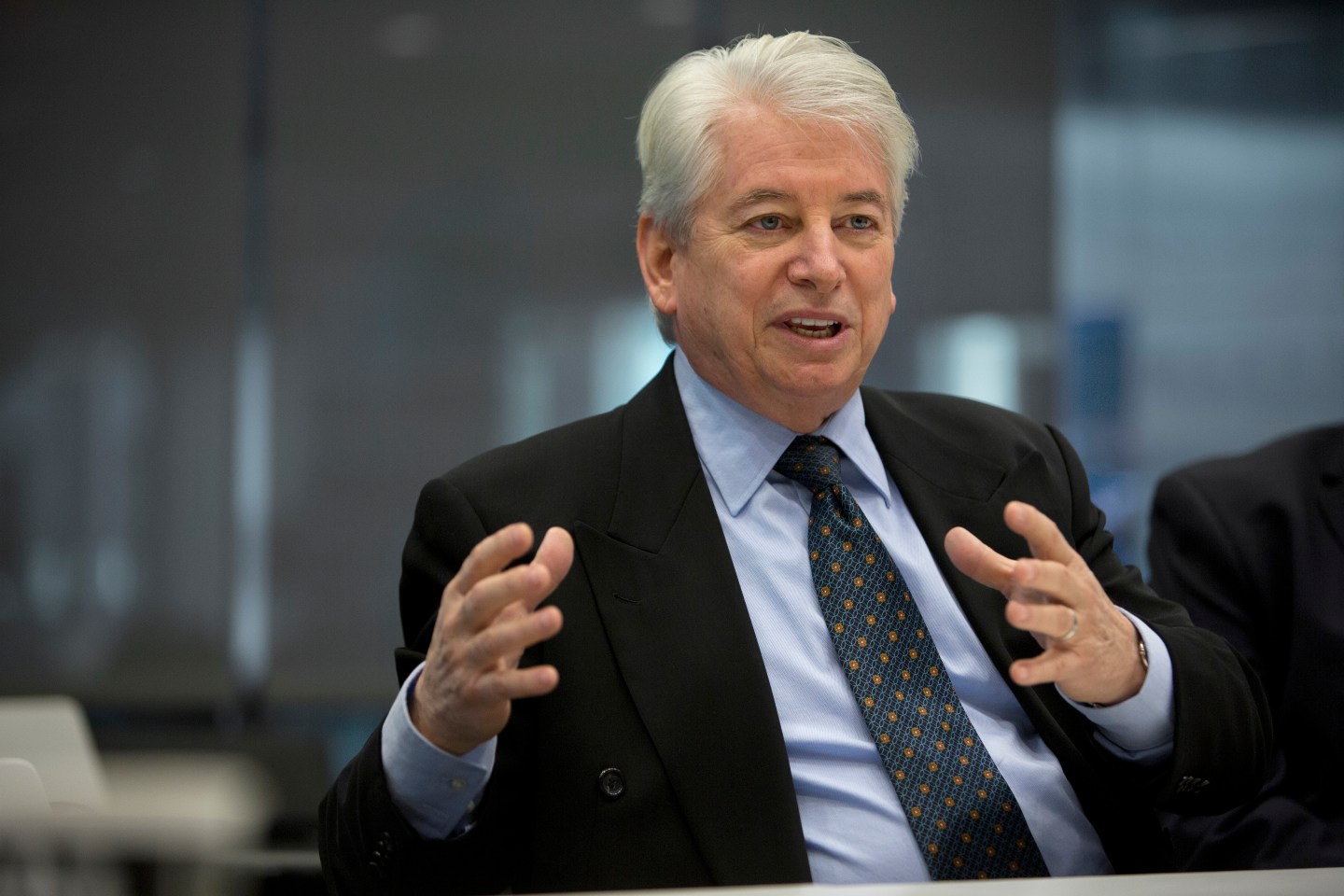 Jon Slangerup, chief executive of the Port of Long Beach, speaks during an interview in New York, U.S., on Wednesday, Feb. 11, 2015. Negotiations toward a five-year contract for dockworkers at 29 West Coast ports have stalemated over a single issue, the power to fire labor arbitrators, Slangerup said. Photographer: Victor J. Blue/Bloomberg via Getty Images
Photograph by Victor J. Blue — Bloomberg via Getty Images

(Reuters) – Shipping lines will partially shut down 29 U.S. West Coast ports for four of the next five days, the companies said on Wednesday, as they postponed the latest round of protracted labor talks with the dockworkers union amid mounting cargo backups at the harbors.

The loading and unloading of cargo freighters will be suspended, as operations were last weekend, on Thursday and again on Saturday, Sunday and Monday, the companies’ bargaining agent, the Pacific Maritime Association, said in a statement.

Citing chronic slowdowns in freight traffic they blamed the union for instigating, the companies said it made no sense to pay union workers higher holiday and weekend wages “for severely diminished productivity while the backlog of cargo at West Coast ports grows.”

Union shifts worked this Thursday and next Monday would command premium pay in observance of separate Presidents Day holidays that fall on Lincoln and Washington’s birthdays.

While vessel operations are suspended, work will continue at management’s discretion in the terminal yards, rail hubs and terminal gates during those days for the clearing of cargo containers stacked up at the ports.

The International Longshore and Warehouse Union, which represents 20,000 dockworkers, said the shippers were engaging in brinkmanship even as they called off what would have been the first contract bargaining session since last Friday.

“This is an effort by the employers to put economic pressure on our members and to gain leverage in contract talks,” union President Robert McEllrath said.

The two sides said federally mediated talks that were set to resume on Wednesday have now been moved to Thursday.

A spokesman for the shippers, Steve Getzug, denied suggestions that management was stonewalling. He said the PMA’s board of directors and its negotiating team had been huddling since Tuesday and “needed additional time to prepare for the next round of talks.”

The affected ports handle nearly half of all U.S. maritime trade and more than 70 percent of Asian imports.

Slowdowns at those harbors have rippled through the U.S. commercial supply chain for months, disrupting shipments of a wide range of goods affecting agriculture, manufacturing, transportation and retail.

The National Retail Federation, which estimates a full, extended shutdown of the ports could cost the U.S. economy $2 billion a day, urged the Obama administration to intervene to keep the two sides “at the negotiating table until a deal is done.”

The White House has said it was monitoring the situation and that it was up to the parties to resolve their own differences.

The companies have accused the union of orchestrating work slowdowns since October as a pressure tactic.

The union has faulted the carriers themselves for the worsening cargo congestion, pointing to changes in shipping practices cited by port authorities as contributing factors.

The freight backups have been most pronounced at the ports of Los Angeles and Long Beach, the nation’s two busiest cargo hubs.

The chief executive officer of the Long Beach port, Jon Slangerup, said on Wednesday he understood that the two sides could clinch a deal in “a matter of days,” and that the talks were stuck on one last point of contention – the issue of binding arbitration for settling contract disputes.

The companies say union negotiators are seeking the right to dismiss any arbitrator who rules against the union at the end of each contract period, a demand management says is aimed at removing arbitrators who have found the union guilty of more than 200 slowdowns or work stoppages. A union spokesman has characterized that assertion as “totally inaccurate.”

(Story was updated with additional information)