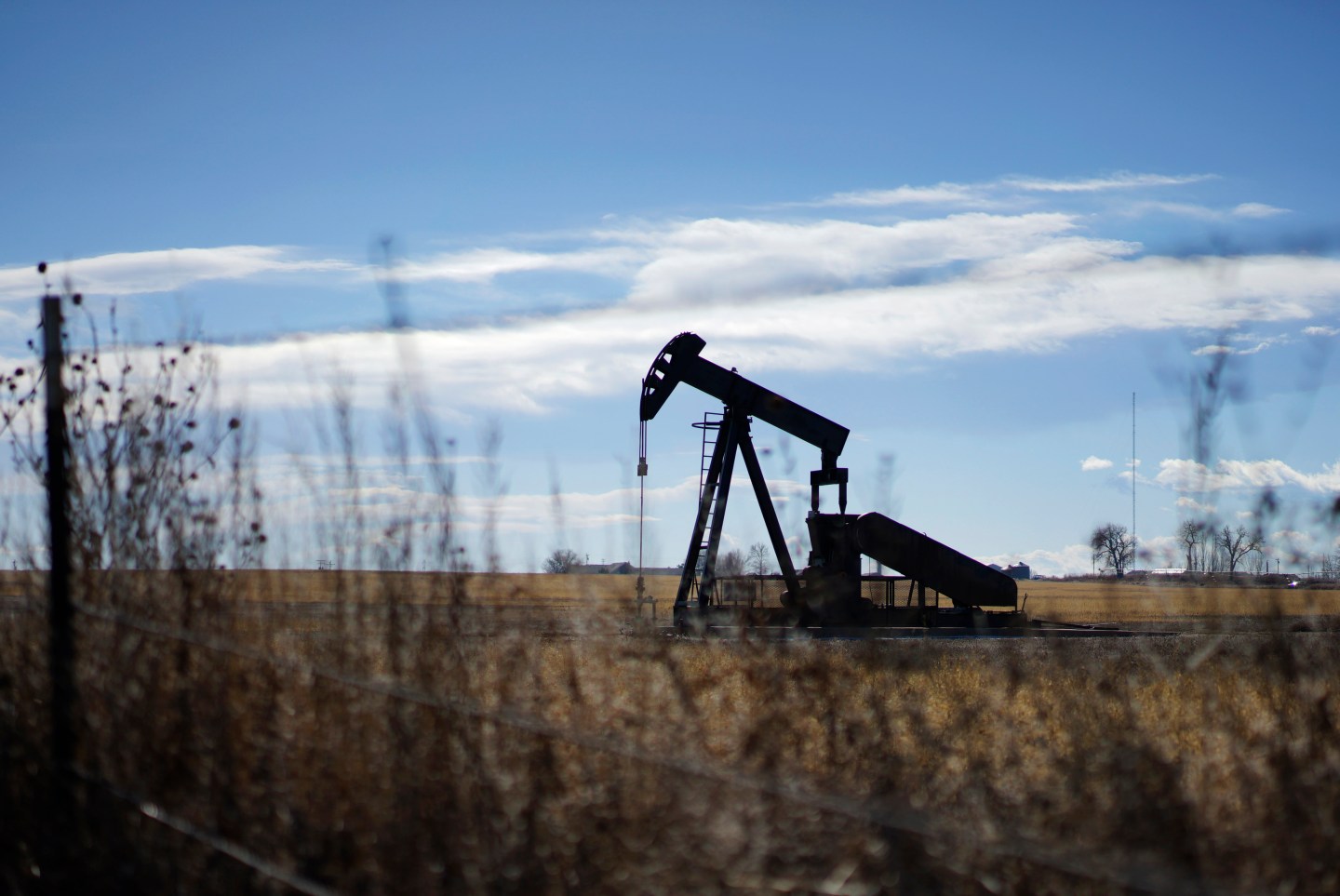 Domestic oil production has reached a new high of 9.2 million barrels daily, according to a new government report.

The total is the most since 1983, according to the Energy Information Administration, based on weekly data. It also matches the agency’s daily record set in Oct. 1973 that was calculated using monthly production levels.

The increased production follows a huge years-long drilling and fracking boom. Oil producers dramatically ramped up their operations to cash in on soaring energy prices.

But since the summer, the global crude market has collapsed because of a glut in production and lower-than-expected consumption in Europe and China. Since then, prices have fallen more than half, and ended the day Wednesday at below $50 per barrel.

In response to the glut, U.S. producers and oil services companies have slashed jobs and investment. Still, it has yet to fully impact production. On Tuesday, Halliburton said it would cut 6,400 positions, joining fellow oil and services firms Chevron, Baker Hughes and Weatherford International in implementing layoffs.

But the cuts have yet to completely curtail new production. In the latest week, daily U.S. production rose an average of 49,000 barrels to reach record levels.

At the same time, U.S. crude stockpiles also grew by nearly five million barrels to 417.9 million barrels for the week of Feb. 6, according to the government. That is well above analyst expectations.

Meanwhile, gasoline stockpiles rose by 2 million barrels, according to the Wall Street Journal. That gain went 200,000 barrels over analyst expectations, the newspaper said.