Wearable technology is redefining what it means to be disabled 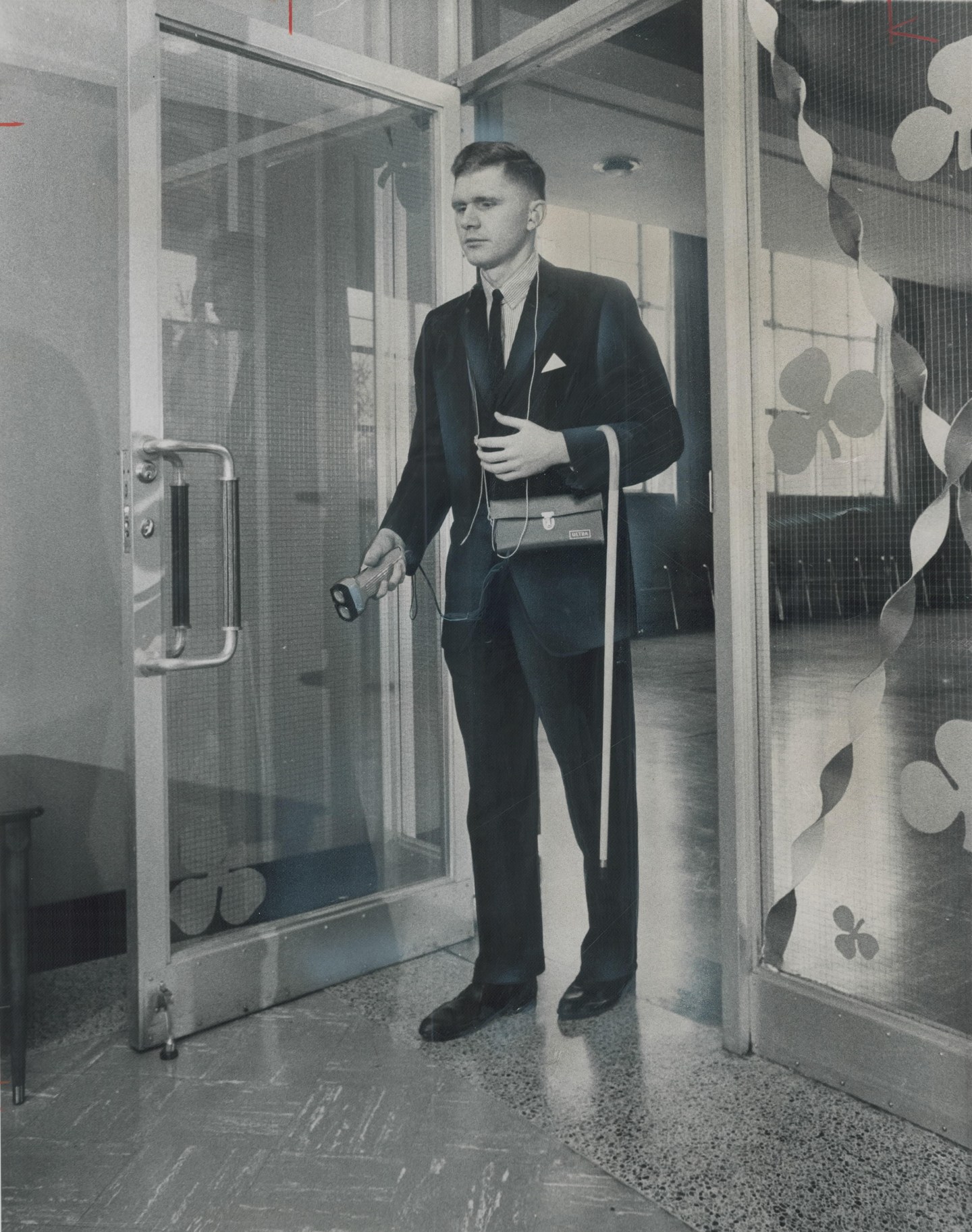 The visually impaired have used canes to navigate for most of recorded history, but the white version we’re familiar with was born in early 20th century Paris. Guilly d’Herbemont lived above a street frequented by blind pedestrians, regularly witnessing their peril in an era when automobiles were common but crosswalks a novelty. By 1931, she had come up with the idea of establishing a bold white cane as a protective symbol and navigational tool for the blind, and distributed more than 5,000 of them at her own expense. The idea had spread internationally within two years.

Tech developer Krispian Lawrence hopes to build on d’Herbemont’s legacy. Lawrence lives in India, which he says has “the unfortunate distinction of being the blind capital of the world,” and he sees both the strengths and drawbacks of the white cane. “The cane has social significance. At the same time, it has two major defects: it can’t [guide] you from one place to another, and it can’t orient you.” Lawrence is CEO of Ducere Technologies, which he co-founded with Anirudh Sharma in 2011. The company is about to release its first products under the brand Lechal (Hindi for “Take me there”): footwear that will supplement the white cane by providing navigation and safety information through vibrations in the wearer’s feet.

Since starting the company, Lawrence and his team have discovered that their product appeals to a variety of people. When the Lechal shoes and insoles become available later this year (for about $150), they will include features that will help runners monitor their pace, outdoorsmen map new trails, and tourists navigate unknown cities, all without burying their faces in a smartphone. This broader spectrum of users benefit from the haptic interface and motion commands that make Lechal intuitive for the blind.

Lechal is just one example of how wearable tech is eroding the boundaries between assistive technology and the consumer technology market. As interfaces get more creative and sensors get more powerful, people with all types of bodies will be drawn to technology that enhances senses, monitors health, and eases interactions with the environment. As they become more and more a part of everyday life, these devices may shift our views on bodies and their limitations.

The developers at Soundhawk have planted their flag on that blurring line. Soundhawk is an in-ear device to enhance hearing—but don’t call it a hearing aid. The company’s founders and executives include audiologists who have seen plenty of patients experience difficulty hearing in certain situations even though they display no measurable sign of hearing loss. Soundhawk is based on the same technology built into high-end hearing aids, but it’s targeted at this technically unimpaired group.

“We’re taking a product away from the idea of being a hearing assistive device for people who have a problem,” says Drew Dundas, the company’s chief science officer, “to being a performance enhancement for people to improve their quality of life.” To target these users, Soundhawk is trying to distance itself from the stigma of hearing aids as signs of aging and infirmity. In part, they’re doing this by marketing the device directly to consumers, rather than through doctors.

Soundhawk has also bucked the trend toward invisibility in hearing aids, instead releasing a device that resembles a hands-free headset—a design less likely to mark the user as impaired than even the most discreet in-ear hearing aid. Similarly, while Lechal offers invisible insoles, its shoe product is flashy, a bet that today’s users are unembarrassed about showing off their enhancements.

The assistive benefits of wearables aren’t limited to those with mobility and perceptual deficits. Jesse Slade Shantz, chief medical officer of the “smart” apparel company OMsignal, cites the power of biometric tracking for lung and heart disease patients, diabetics, and sleep apnea sufferers. As the sophisticated sensors once available only in clinics and labs find their way into shirts and watches, chronic disease patients will be able to optimize their behavior in real time, in ways very similar to how early-adopting fitness buffs already use wearables.

As wearable technology advances and spreads, information technology is becoming even more ubiquitous, with complex implications for those who use assistive devices. According to a report by Transparency Market Research, the assistive devices market is estimated to grow to $19.68 billion by 2019. But that measure only includes devices defined as assistive in the traditional way. Lechal, Soundhawk, OMsignal, and other consumer wearables that are useful for the disabled and able-bodied alike might constitute a new category.

They may also change how society as a whole understands disability. Will Seymour of the Future Foundation consulting group points out that wearable and mobile tech is already giving the disabled newfound freedom to communicate and navigate. “Allowing someone to do more with their body is certainly a redefinition of what it means to have a disability,” he says. “Performance boundaries are now seen as flexible; the body’s weaknesses as negotiable.”

Correction, March 2, 2014: An earlier version of this article misstated the name of Lawrence’s company. It is Ducere Technologies; Lechal is its footwear brand.