Spain’s big, flashy museum complex: Taking on more than it can afford? 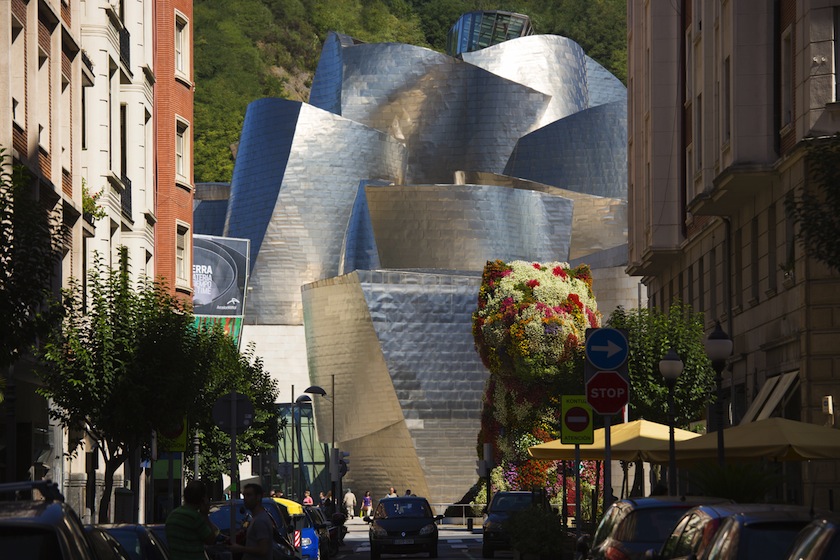 It was an impressive burst of optimism for the new museum, considering Spain’s spotty recent track record with cultural institutions. The country gave birth to the Guggenheim Museum Bilbao, an urban renewal gem that attracts a million visits a year. But it’s also home to white elephants like the unfinished Ciudad de Cultura in Santiago de Compostela (price tag: over €300 million), as well as fraught new institutions like Avilés’ €44 million Centro Niemeyer.

Now, with the new University of Navarra museum, designed by Pritzker prize- winning architect Rafael Moneo, and the upcoming openings of the €77 million Centro Botín, designed by fellow Pritzker winner Renzo Piano, and Málaga’s new “pop-up” branch of the Centre Pompidou, Spain is again building big cultural institutions. The question is, will the results be better this time?

The world’s obsession with building iconic museums began with the huge success of the 1997 opening of the Guggenheim in Bilbao. A city famous for its fetid river and terrorist bombings by the Basque separatist group ETA suddenly was known for Frank Gehry’s titanium-clad building and the art it held.

“Bilbao became the paradigm of a post-industrial city in economic hardship, where an emblematic building gave it an internationally recognized image. Dozens and dozens of cities tried to emulate it,” says Joseba Zulaika, a professor at the Center for Basque Studies at the University of Nevada in Reno.

According to the Global Cultural Districts Network, in the next 10 years some $250 billion will be spent on the development of new cultural districts around the globe. The problem is that, in a rush to recreate the “Guggenheim Effect” by building lavish cultural projects, many cities have failed to budget for the costs or to verify that they have the right attributes to become the next Bilbao.

A typical example of this failure is the National Centre for Popular Music, an £11 million museum in Sheffield, England that opened in 1999 and closed a little more than a year later after only 104,000 of an estimated 400,000 annual visitors came.

Beatriz Plaza, a professor of economics at Bilbao’s University of the Basque Country, has studied the economic impact and reasons for the Guggenheim Museum Bilbao’s success since shortly after it opened.

According to Plaza, cities that hope to ride a cultural institution to urban regeneration need to have a sufficient number of possible visitors in their catchment area, good transport connections, and a diverse local economy that provides enough wealthy locals and high-end services to support a museum and its visitors.

Avilés and Santiago de Compostela are smaller and much more peripheral locations to tourists, Plaza notes. And unlike Bilbao and Pamplona, their economies do not have the kind of industrial base that creates a local audience for cultural offerings and for the restaurants and services that spring up nearby. “Industry creates high-income people who appreciate culture,” Plaza says.

Perhaps more important, many cultural sites are built without honestly budgeting the costs to build and keep them open, says Adrian Ellis, the former executive director of Jazz at Lincoln Center who founded AEA Consulting, a cultural institution consulting firm. Ellis describes an institution’s cost structure as an iceberg, with the part above the water the capital expense and the larger part below the operating costs.

“I am daily stunned at how often people take to an advanced stage their thinking and planning and even building of a museum without thinking about the long-term operating costs,” he says. “The success of Bilbao is, in part, that some wise person in the Basque administration was thinking about that at the time of planning.”

Indeed, the Basque government promised to provide operating funds for the Guggenheim in Balbao, and it followed through, to the tune of €5.8 million last year. Meanwhile, the Niemeyer space in Avilés closed briefly over a budget squabble, while the Chillida Leku museum in the Basque city of San Sebastián shut to the public after the family of sculptor Eduardo Chillida, whose work it exhibits, could not keep up with ongoing costs.

In light of these issues, there’s reason to be optimistic about Spain’s new museums. The Pamplona and Santander projects were both built with private funds, which kept them from reaching the ‘Pharaonic’ size of projects built by politicians with public funds. “When it’s your money and you’re a philanthropist, you usually know what you’re getting into,” Ellis says.

These projects also have dedicated operating budgets, with the Fundación Botín, for example, promising €12.5 million annually to the Santander project.

There is another way, however: cultural institutions could move away from expensive buildings and big operating budgets altogether, and get more in step with the trend toward the light and virtual.

Consider Malaga’s modest Centre Pompidou franchise: although there have been fights over the capital budget to recondition a building for the “pop-up” museum, it is still a relatively low €6.7 million. The Málaga government has announced a €3 million commitment from sponsors for the museum, which has a €4.2 million projected annual operating budget. And even if its running costs prove to be too much for the local government, the upside is they won’t go on forever: the contract with the Pompidou is only set for five years.