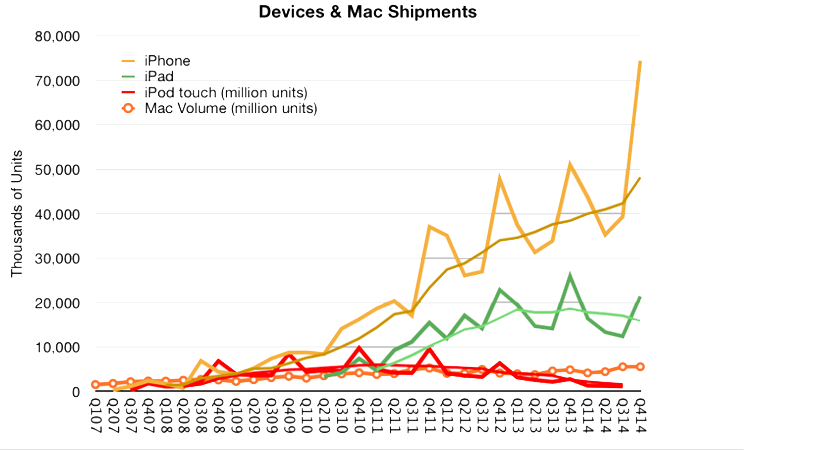 How did Apple, with 20% of the global smartphone market last quarter, manage to rake off 93% of the profit?

The math, as Canaccord’s T. Michael Walkley figured it in a note to clients Monday, is pretty simple:

Nobody else is making any money to speak of. Microsoft’s smartphones ended up with -2% of the profit, if you can imagine that. BlackBerry, Lenovo, Sony, LG and HTC were all lucky to break even.

“This is demoralizing,” wrote phoneArena’s Daniel P., speaking for everybody but Apple.

Below: The two columns in Walkley’s spreadsheet that had people scratching their heads Monday.