The Grammys, food earnings and Goldman Sachs — five things to watch for in the week ahead 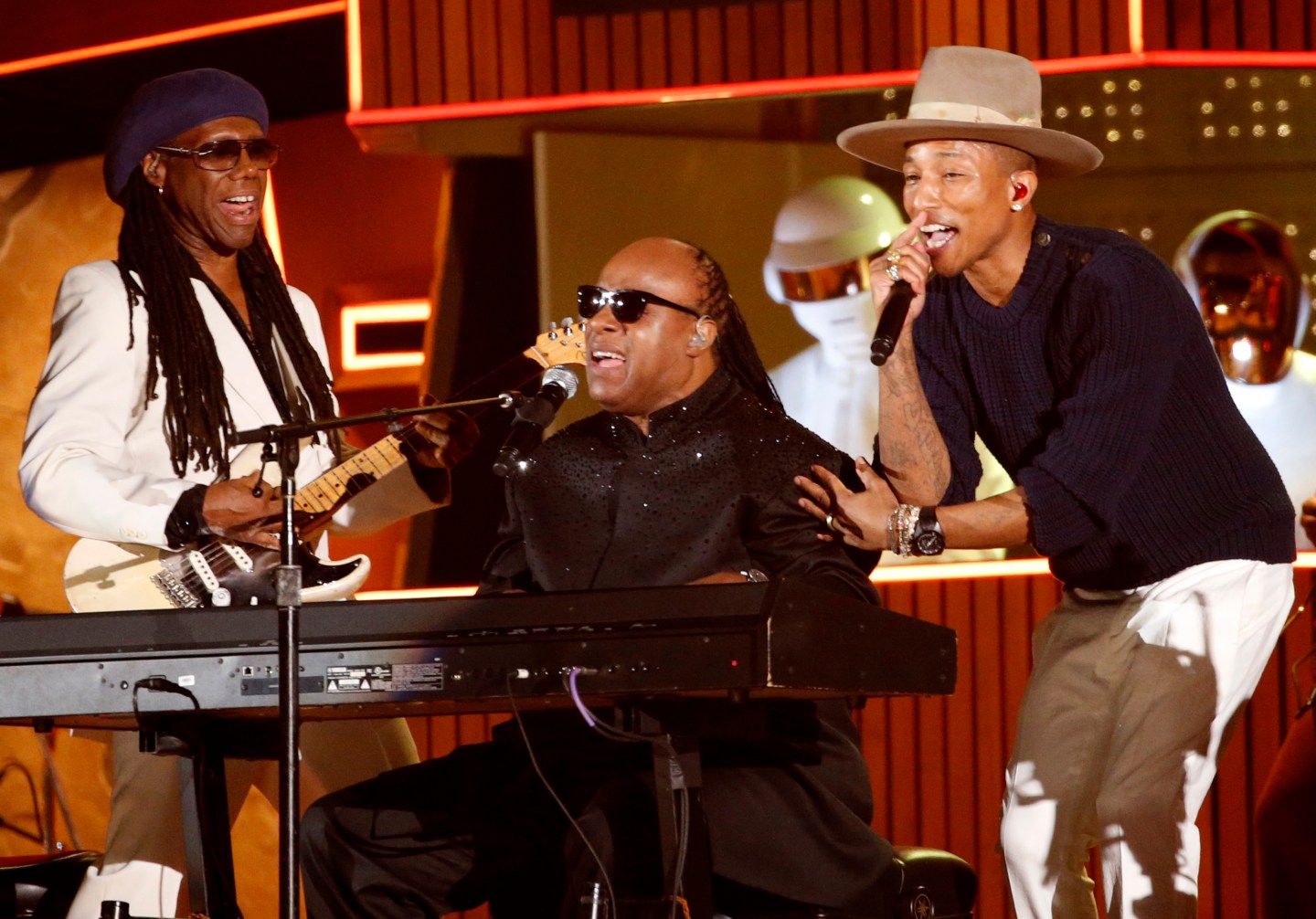 If you’re a lover of good music, good food and good tech, next week is a big one in business news. That’s because the Grammy Awards will kick off things off Sunday. Then there’s the Goldman Sachs Technology and Internet Conference in San Francisco, at which a number of top executives will speak, along with a smorgasbord of earnings from some big food and beverage companies.

Expect social media to be abuzz with for the 57th Annual Grammy Awards, which include a smattering of pop’s biggest stars including Iggy Azaela, Taylor Swift and Meghan Trainor. Music is, of course, a business. So the event is not just about glory, tasteless fashion and hit songs. Winners along with their music labels may get a lift in sales in the coming weeks from a good showing. Meanwhile, CBS (CBS), which is televising the extravaganza, will be on the hook for good ratings.

3. Food earnings take the head seat at the table

It’s going to be a super-sized plate of earnings from food, restaurant and grocery companies this week. Coca-Cola (KO) reports Tuesday morning. On Wednesday, Pepsi kicks off the day followed by Cheesecake Factory (CAKE) and Whole Foods (WFM) in the afternoon. On Thursday, watch out for Kellogg (K) to report in the morning and then Kraft (KRFT) late in the day.

Expect a long list of economic reports taking the pulse of consumers, small business owners. To start things off, the National Federation of Independent Business releases its survey showing the level of optimism among small business owners. The latest report in mid-January painted a rosy portrait — the index used by the organization increased 2.3 points to 100.4, the highest reading in nine years, according to Reuters. There’s also the University of Michigan Consumer Sentiment Survey slated for Friday. Its latest findings in January showed that consumer optimism had reached the highest level in the past decade.

And if all that wasn’t enough to keep and eye out for, there’s a long list of events to put on your calendar. New York’s Fashion Week, a gathering of the world’s top designers, kicks off Thursday. Chicago’s Auto Show revs up on Saturday as does New York’s Toy Fair, which brings the biggest in the industry like Mattel (MAT) and Hasbro (HAS) in one place to unveil their latest dolls, games and electronic-packed diversions. Of course, don’t forget Valentine’s Day, a huge event for your loved one (not to mention for florists and chocolatiers). Check Fortune.com for a range of features about must-use dating apps, cool gadgets for kids and the latest in the car industry.