Tapped in: Craft breweries usher in a beer can revival 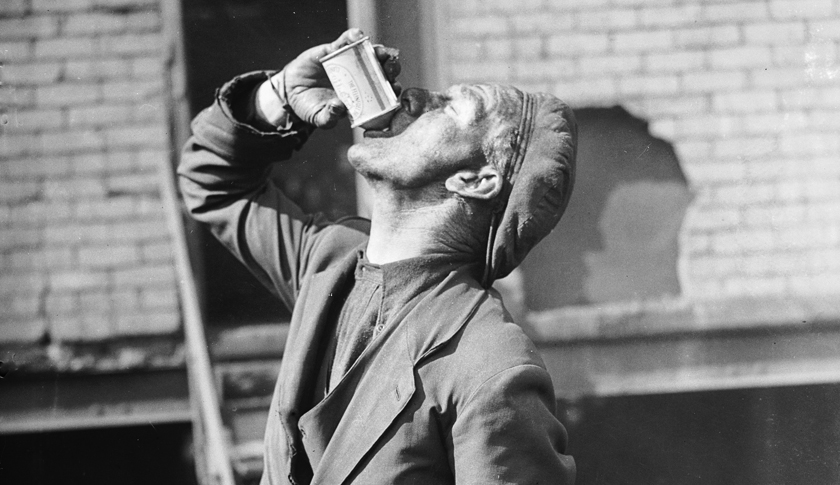 17th April 1936: A miner at Rose Heyworth colliery in South Wales drinking a can of beer to celebrate the wedding of R D Firth, the son of the mine owner, Sir William Firth. (Photo by Richards/Fox Photos/Getty Images)
Photograph by Richards/Fox/Getty Images

Eighty years ago, the beer industry had a breakthrough. The Gottfried Krueger brewery in Richmond, Va, working with the American Can Co., was the first beer maker to put beer in a can—and it was an immediate and overwhelming success.

These days, cans are less associated with fine beer—and generally thought of as the container of choice for brands like Bud Light (BUD) and Pabst Blue Ribbon. But as craft breweries expand their footprint and distribution boundaries, the can is making a comeback.

That’s largely thanks to one brewer: Colorado’s Oskar Blues, which began shipping its Dale’s Pale Ale in cans in 2002.

“We were less beer salesmen as we were educators of the can,” says Chad Melis, marketing director at Oskar Blues Brewery. “When we’d load up the van and drive to a music festival and try to educate beer drinkers, they’d kind of listen, but as soon as they cracked that can and smelled the hops, something would click with them. We had to go out and change people’s minds one beer at a time.”

Today, there are 1,854 beers available in cans, according to CraftCans.com, encompassing 96 styles of beer. And the number’s likely to continue to grow.

For one thing, it’s more economical. Breweries can ship 100 cases of canned beer per pallet, compared to 60 cases of bottles. They offer more room for art and messaging. And because they offer better seals and guard their contents from light, the beer won’t go skunky.

And because they’re lighter and don’t shatter, they’re a more practical choice for several situations.

“The can sometimes becomes a lifestyle choice,” says Julia Herz, craft beer program director for The Brewers Association. “It is more amenable to outdoor appreciation – like at a pool. It’s good for stadium environments. And if you’re backcountry camping, it’s lighter to carry.”

Looking for a few good canned choices? Here are a few of our favorites. (Know some other good ones? Sound off in the comments.)

One of the first canned craft beers is still one of the best. It veers a bit toward IPA with a thick, hop-forward taste and lingering bitterness. It's well balanced, though, and the flavors open up as it warms. Perfect for slow drinking. (ABV 6.5%)

Also available in bottles, this IPA is hop-heavy, but that's muted with hints of apricot, pineapple and peach. It's light-bodied, with a piney scent and just the right amount of bitterness (a slight, initial bite, but not overwhelming). It's one of the smoother IPAs on the market—and a go-to for IPA lovers. (ABV 7%)

Runner-up for best of show honors at Canfest 2014, this thick, rich stout has a chocolate/espresso aroma and taste (and maybe a hint of licorice), with a heavy emphasis on malt. The carbonation is light (and you immediately wonder how it would taste on a nitro tap), but it has a smooth, warm finish. Just beware the 8.25% ABV, which is high for a stout.

A wonderful blend of Saison with Farmhouse Ale, this is a light-tasting alternative that's not watered down. It has a zesty, yeasty taste with a citrus/apple finish and just enough spice. It's a dry, clean alternative that's good in the winter, but really shines on a hot summer day. (4.5% ABV)

The perfect beer for Asian cuisine, this Belgian witbier is blended with orange peel, coriander, lemongrass and ginger to create something unique. It has a nice spicy kick to it, but is ultimately a light-bodied beer that goes down incredibly smooth. (ABV 5%)