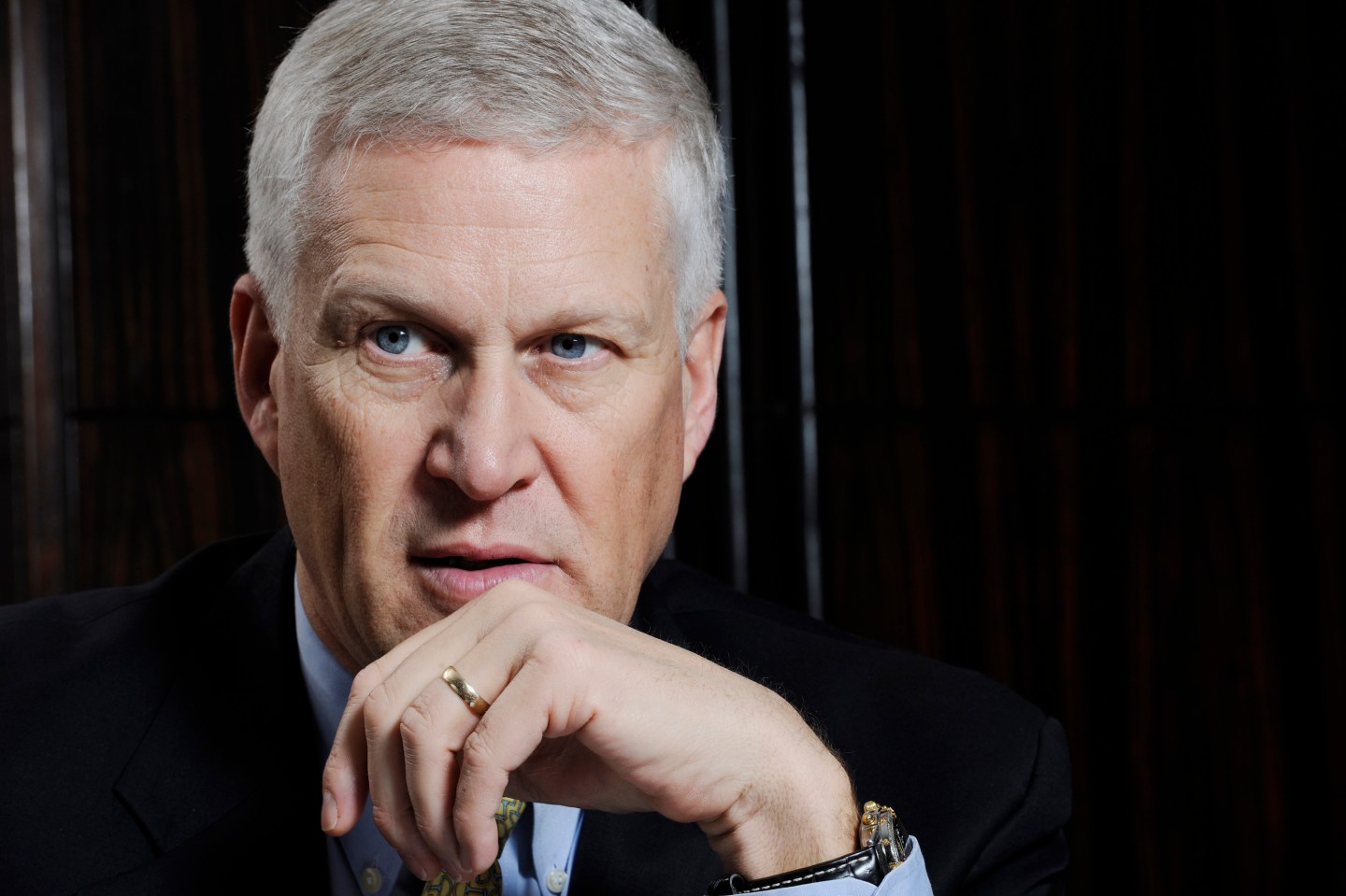 Louis Chenevert, chief executive officer of United Technologies Corp., speaks during an interview in Singapore, on Monday, Feb. 4, 2013. United Technologies expects Asian sales will increase about 7 percent to 8 percent in the next decade as construction of skyscrapers in China boosts demand for elevators and air conditioners. Photographer: Munshi Ahmed/Bloomberg via Getty Images
Photograph by Munshi Ahmed — Bloomberg via Getty Images

United Technologies CEO Louis Chenevert surprised nearly everyone by announcing his immediate retirement in November. But maybe the former tech exec was just eager to start spending his exit package.

Chenevert left United Technologies with more than $195 million in company stock and pension benefits, according to an analysis by ClearBridge Compensation Group. The consulting firm based its analysis on the his separation agreement, which United Technologies (UTX) filed with regulators Thursday.

Chenevert ended his 22-year tenure at the industrial conglomerate – six as CEO – by pocketing roughly $136.3 million in previously vested, unexercised stock options and another $30.9 million in pension benefits. He received another $27.9 million in stock tied to the company’s performance.

United Technologies’ board was reportedly unhappy with Chenevert after he took a side trip to Taiwan during a business trip to check on the construction of his yacht. The board confronted Chenevert about the trip and his priorities just prior to his retirement, according to a Wall Street Journal article in December that cited anonymous sources.

United Technologies’ shares are up more than 65% since the beginning of Chenevert’s tenure, including the more than two-month period since his abrupt departure. In 2012, Chenevert oversaw the $16.5 billion acquisition of aircraft equipment maker Goodrich. The deal was the largest-ever by United Technologies and added a substantial revenue stream to the company.