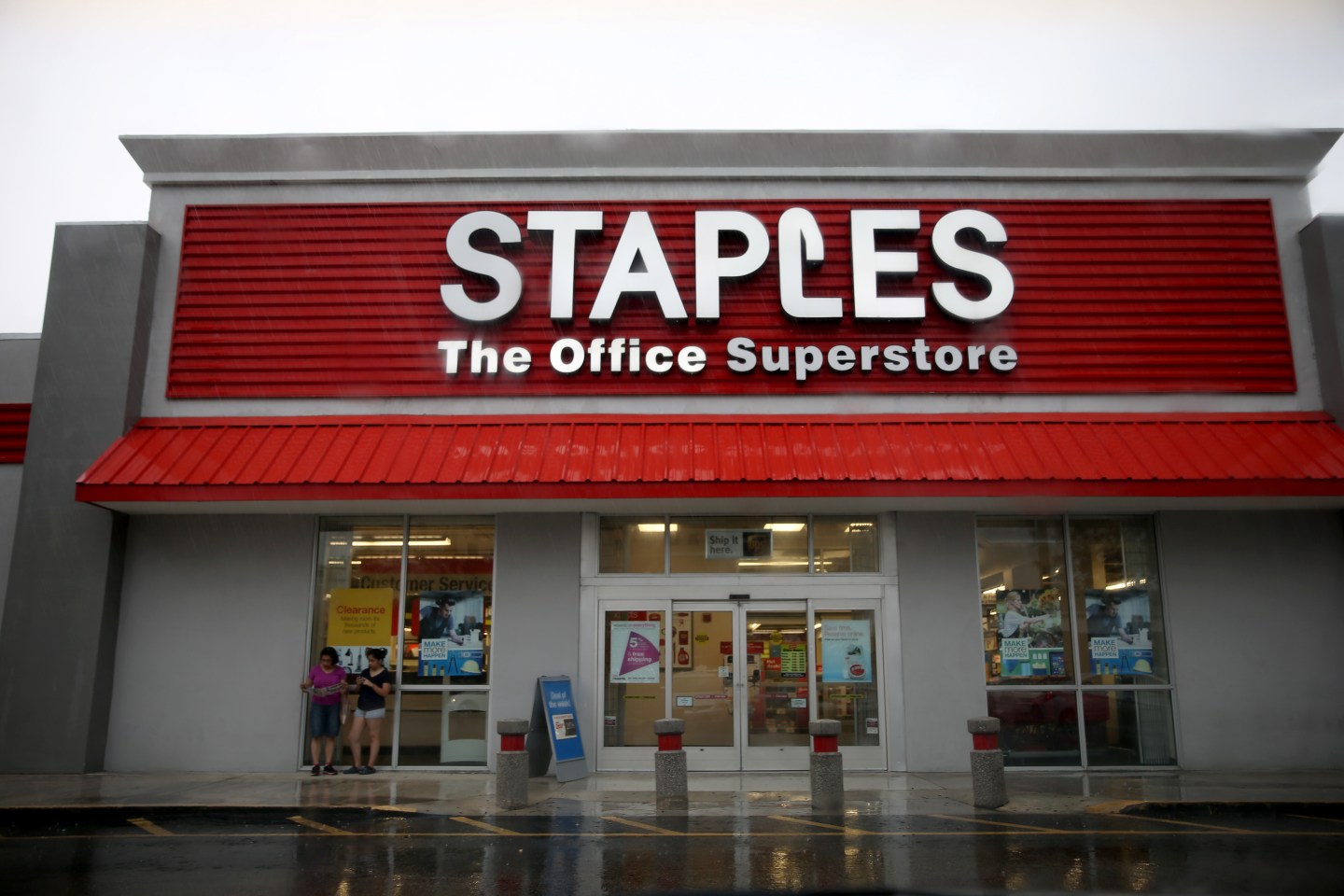 U.S. stock futures are having a rough start this morning. Index futures are down after the biggest two-day rally in almost a month. European shares are also falling, while Asian markets closed the day up.

Oil prices are lower early today, ending a four-day rise amid renewed demand fears. The price of a barrel of crude is up over 20% since late last week.

Staples (SPLS) is shelling out $6.3 billion in cash and stock to purchase rival Office Depot (ODP). The “transformational deal,” as Staples CEO Ronald L. Sargent calls it, will help the two chains better compete as retailers such as Walmart (WMT) and Amazon (AMZN) have entered the office supply market. The two companies previously considered a merger in 1997, but antitrust regulators nixed the plan. The deal is likely to receive regulators’ blessings this time around given the rising competition from other big-name companies.

3. The smartphone race comes to India.

Samsung fell to No. 2 in India as local firm Micromax took the lead. India is the world’s fastest growing smartphone market, according to research firm Canalys. New Delhi-based Micromax accounted for 22% of Indian smartphone sales in the fourth quarter, beating out Samsung’s 20% share for the first time. Overall, 21.6 million smartphones were sold in the country over the most recent quarter, a 90% gain year-over-year.

4. Greece is ready to negotiate.

Greece’s finance minister, Yanis Varoufakis, is headed to meet with the European Central Bank today in hopes of gaining access to some more cash. Varoufakis is asking for 10 billion euro in “bridge financing” to tide the country over for the next few months until it strikes a new bailout agreement. The ECB is unlikely to agree, leaving Greece without short-term emergency funding since its bailout began. Meanwhile, Greek’s prime minister is headed to Brussels and Paris to schmooze fellow eurozone leaders to gain support for renegotiating terms for the nation’s bailout.

Oil looked like it was bouncing back over the last four days as prices gained. By yesterday the price of crude had rebounded nearly 24% from a six-year low reached in January. Investors were speculating that as company’s curb investments, cuts in production may also follow. Analysts disagree, saying the current gains are temporary because spending declines won’t slow down production quickly. WTI crude oil prices are down over 3% this morning.