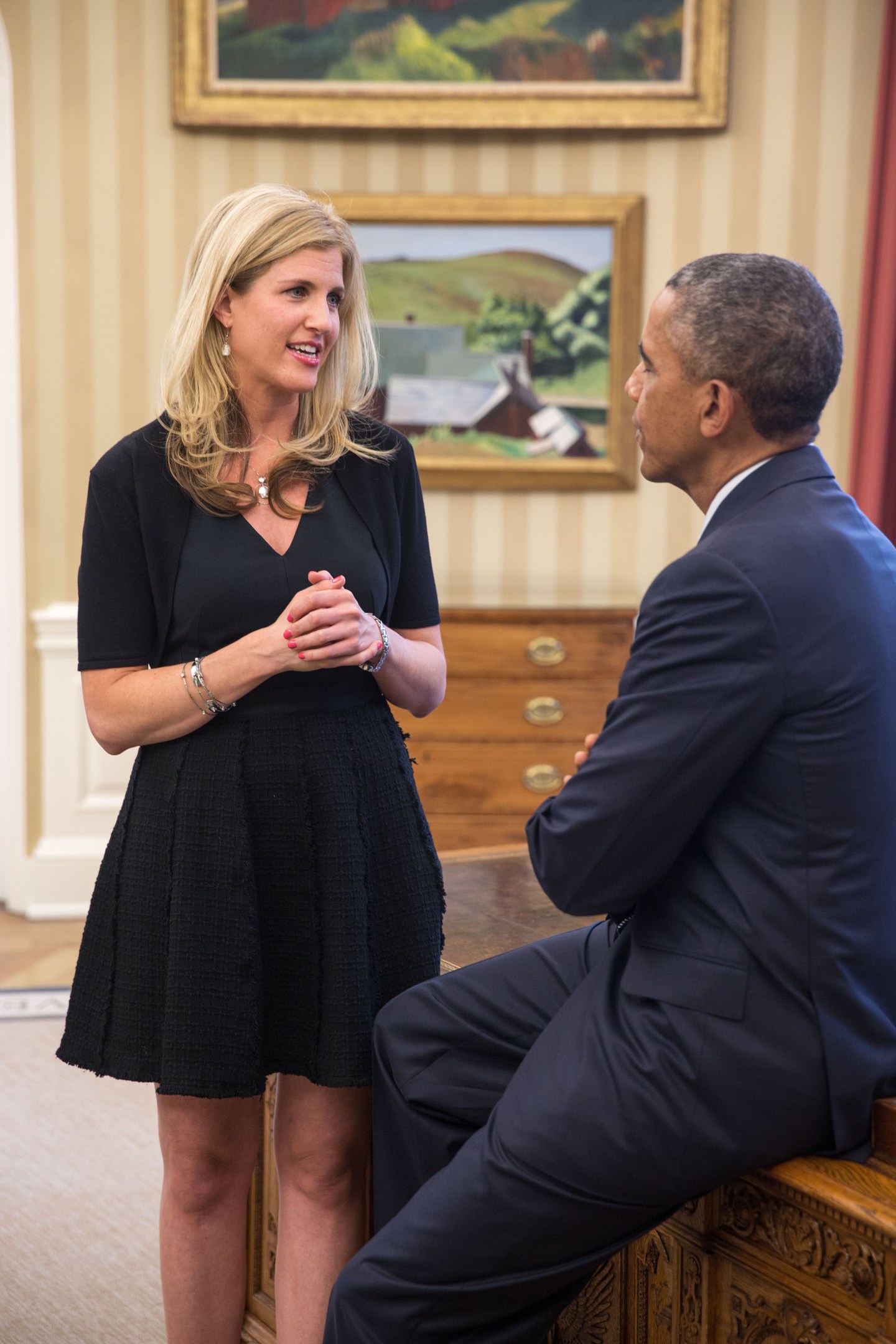 When Lisa Ellman was eight years old, she drafted a policy document for her family. She called it her Magna Carta—and it was primarily designed to keep her two annoying younger brothers in check. Ellman’s document levied a fine for saying mean words like “dummy” and for engaging in wild behavior like “pinching your older sister.”

“It was pretty effective,” Ellman says with a laugh. “My parents were responsible for implementing it and they did a great job.”

The Ellman household’s Magna Carta is no longer in effect, but its creator remains a policymaking junky. Now 36, Ellman has spent the past ten years working for Barack Obama. As a co-chair of Washington-based law firm McKenna Long & Aldridge’s Unmanned Aircraft Systems Practice Group, she’s currently working with the Obama Administration to encourage policymaking efforts that will allow commercial drones to be flown in U.S. airspace.

Ellman first met Obama when she was a student at the University of Chicago Law School. “Most people think of him as President Obama, but I got to know him first as Professor Obama,” Ellman says. He was teaching courses on constitutional law and, after Ellman was elected as the president of the Law School Democrats, the future U.S. president became her faculty advisor.

In their one-on-one meetings, Obama encouraged Ellman to get involved in local Chicago politics—including his own campaign for the Senate. She frequently quizzed him about his motivations for going into politics. “I was inspired by how strongly he believed that policy could change the world,” Ellman recalls. “That feeling was contagious.”

Obama also urged Ellman to help organize a 2004 Democratic National Committee event, which was held in Chicago. “At one event, the plan was for Senator Obama to present Senator [Hillary] Clinton with an award—but he went off-script and invited me up onstage to be the one to present the award to Senator Clinton,” she recalls. “He was always doing little things like that to encourage and inspire all of us.”

By 2007, Ellman was a newly-minted law school graduate with a joint degree in Public Policy and Law. Then a Senator, Obama began to set his sights on the presidency; he personally invited Ellman to join his presidential campaign as a senior policy associate.

She was tasked with translating Obama’s broad ideals into real world policies. “I handled all sorts of issues: open government, healthcare, education, the arts,” Ellman says. “For one nine-month period between 2007 and 2008, I lived out of a suitcases, traveling the country to meet the American people and learn how policy impacts them every day. I also met some amazing role models: Samantha Power stayed with me for a week in New Hampshire and I traveled the state of South Carolina with Susan Rice”

After Obama became president, Ellman had the opportunity to take on key positions at the White House. She was the Legal Director of the Office of Presidential Personnel and then the Chief Counselor for the Open Government Partnership.

“Whenever we’d run into each other at the White House, President Obama would enjoy talking about our time at University of Chicago,” she says. “I think he really enjoys reflecting on his days as a professor, especially now, when so few people know him from his life before elective office.”

One of her earliest tasks was to gather feedback from the American public to help shape policies. This was at a time was Twitter was new and her team was just learning how to use Facebook. “I truly saw the potential for integrating technology and policy—and I have never looked back,” she says. “This is the basis for what I’ve done in my career and what I hope to continue to do.” She helped design the “My Policy” online campaign to bring citizen’s ideas to the table and led the team that created We the People, a petitions website that allows citizens to express their views directly to the federal government on policy. She then headed the working group responsible for analyzing policies on drone use in the U.S.

Though she’s thoroughly enjoyed her time in government, Ellman continues to notice a huge gap in Washington: There is not enough collaboration between lawmakers and innovators. She says policymakers are often several steps behind the scientific community and outdated regulation often holds back the implementation of new ideas.

“A lot of innovators are frustrated with the policy process and this is understandable,” Ellman says. This is partly because policymakers are often caught up in the potential risk of a new technology, while innovators are keen to start working on applying it in exciting new ways.

Like drones. Scientists and entrepreneurs are excited about developing new commercial uses for drones—from filmmaking to improving agriculture to inspecting pipes to delivering packages. In other countries, drones have already become part of everyday life; in Japan, crop dusting has been carried out by drones for close to 20 years. Yet, it’s currently illegal to fly drones commercially in U.S. airspace. Ellman wants to to change this.

“This is a new industry where there’s so much creativity and potential, but there’s a lack of good policy,” Ellman says. “Many lawmakers assigned to this issue are not up to speed about what the technologies look like, what their use cases are and why anybody would be enthusiastic about drones.”

Over the last five years, Ellman’s become something of a drone expert. She’s been working with the Federal Aviation Authority and other executive branch policymakers to craft policy documents that will soon be released by the government. Her ultimate goal is to create policy that makes good use of drones, but also wins the public’s trust.

Her mission is not without its challenges. Drones may offer businesses and law enforcement extraordinary efficiency and life-saving benefits, but they also create uncharted territory regarding safety and privacy.

“There are lot complexities here,” Ellman says. “My approach to balancing the opportunities and challenges presented by drones has been to bring innovators and policymakers — communities that have very little in common — together. Policymakers need to learn about the capabilities and risks of the technology and only innovators can provide that knowledge.”

Should her strategy work, Ellman believes the sky is the limit when it comes to drone innovation. “The possible applications of drones are only limited by our imagination.”