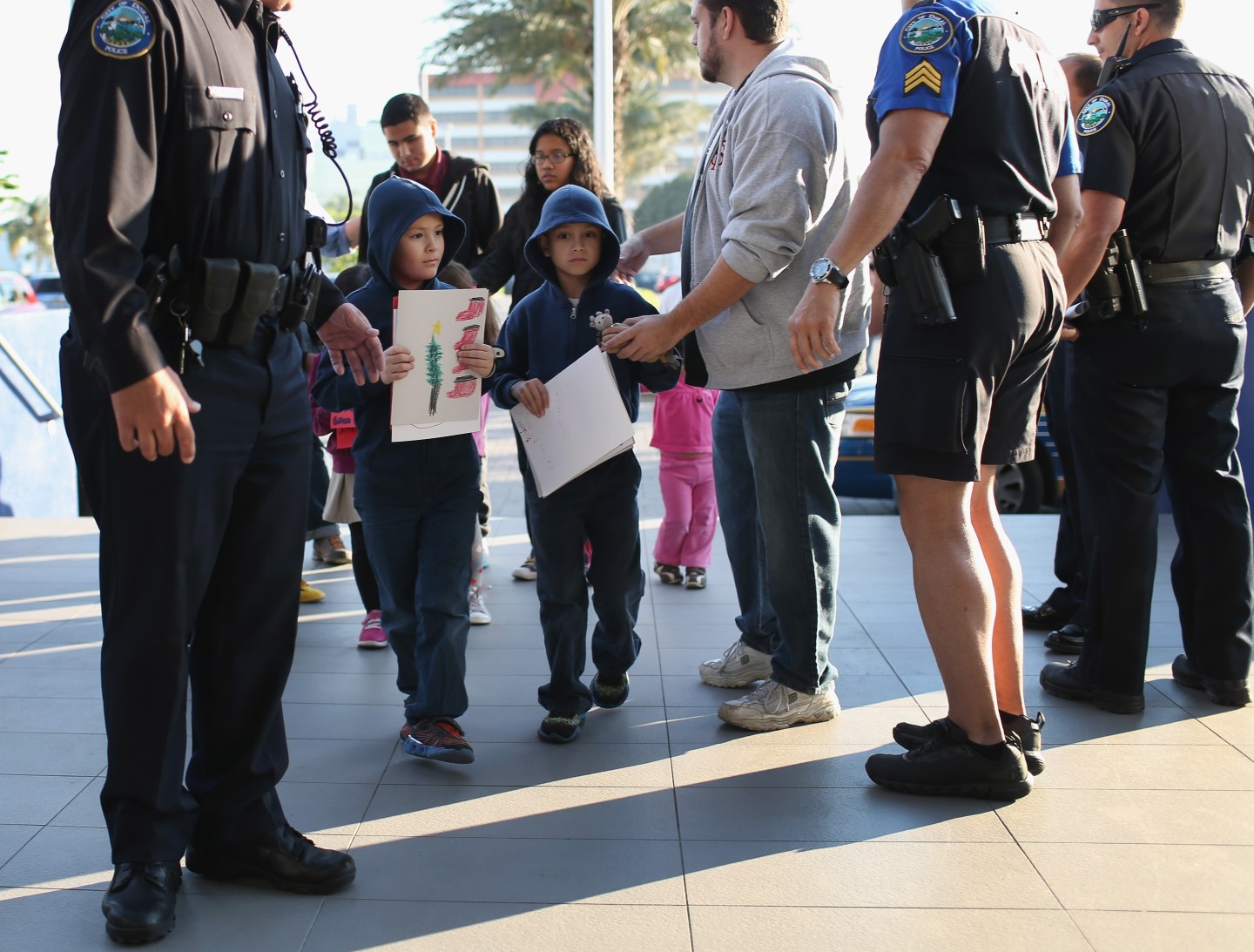 DORAL, FL - DECEMBER 10: Eli de Ulloa (L), 6, and his brother Jorge de Ulloa, carry a Christmas card at the office of U.S. Sen. Marco Rubio (R-FL) asking him to stand with immigrant families on December 10, 2014 in Doral, Florida. The demonstrators called on Rubio to support President Obama's immigration initiatives. (Photo by Joe Raedle/Getty Images)
Photograph by Joe Raedle — Getty Images
A showdown is expected today in the U.S. Senate on a Homeland Security spending bill that would derail President Obama’s recent actions on immigration.
What seems lost in this “inside-the-Beltway” political fight is what the immigration debate should really be about. America is a nation of immigrants, but many seem to have forgotten — or maybe just don’t understand – how critical a vibrant immigrant community and a working immigration system are to the economic health of the U.S.

Today, immigrants are more likely than native-born Americans to be entrepreneurs, according to data from the U.S. Small Business Administration. Additionally, in Silicon Valley, 44% of startups have at least one immigrant founder. And, 40% of all Fortune 500 companies were started by immigrants or children of immigrants.

Yet we continue to be stymied when it comes to taking steps necessary to modernize the national immigration system that is so important to our economic future.

The immigration debate continues to be driven by politics instead of putting fact-based analysis at the forefront of our policies. In Washington, policy makers should be focused on the critical question of whether or not steps toward reform will actually grow the American economy and create jobs and prosperity, both for legal immigrants and native-born job seekers.

A crucial catalyst for the spirit and aspiration that drives the U.S. economy is the fact that throughout our history immigrants have come to the U.S. in pursuit of the American Dream. And, in doing so, they’ve created opportunities for themselves and countless other Americans.

Today, though, our immigration system is broken. And, no one is crying out for a fix more than America’s business community—on Main Street, Wall Street and Silicon Valley. They have made their case many times over, even in the current politically-charged dialogue.

Delta Airlines (DAL) CEO Richard Henderson told “CBS This Morning” in November that his company supported President Obama’s recent initiatives on immigration, and immigration reform more broadly “because this problem needs to be solved,” pointing to the economic facts, his company’s competitive marketplace and the demand for a talented workforce.

And, Caterpillar (CAT) CEO Douglas Oberhelman in December on CNBC laid out the stark reality of how our current system is working against our economic interests, noting that “We bring (immigrants) in here, we educate them, give them internships, co-ops, we send them back home. …Five years later, we see these same folks across the table from us with our competitors. I’d like to keep them here.”

The business community gets it. After years of debate and fact-based reasons for progress, Washington needs to finally make the changes that will create a fair and just immigration system and spur economic growth for our country and help drive prosperity for all Americans.

Karen Mills is a senior fellow with the Harvard Business School and the Harvard Kennedy School focused on competitiveness, entrepreneurship and innovation, as well as vice chair of the board of the immigration services company VisaNow. She was a member of President Obama’s Cabinet, serving as Administrator of the U.S. Small Business Administration from 2009 to 2013.