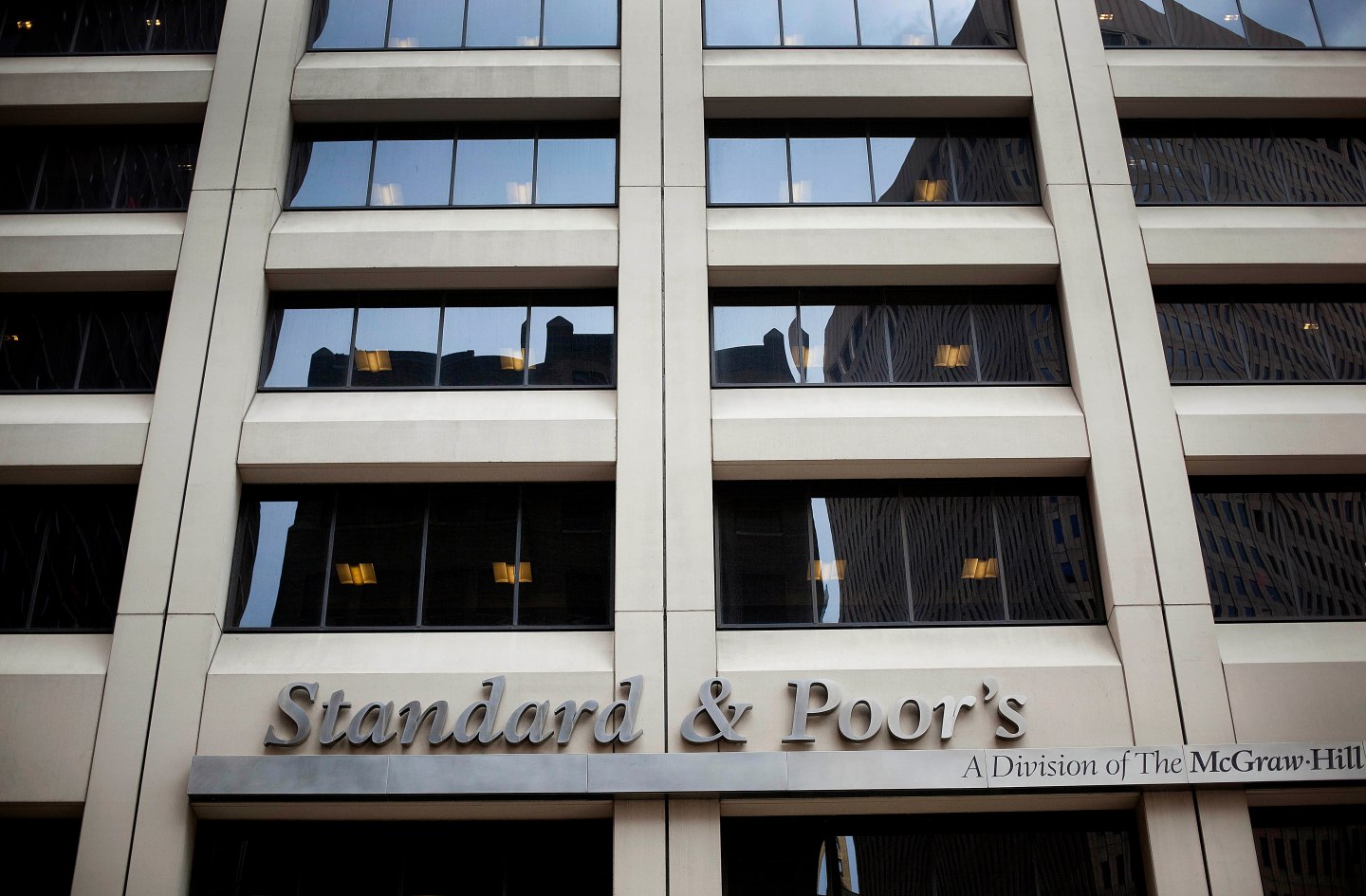 Standard & Poor’s Financial Services has agreed to pay $1.375 billion to settle a Justice Department-led lawsuit that alleges the ratings firm had defrauded investors by issuing inflated ratings in the years preceding the financial crisis.

Under the terms of the settlement, the company agreed to split the settlement, paying $687.5 million to the Justice Department with an equal amount paid to 19 states and the District of Columbia, which filed their lawsuits after the federal government. The settlement contains no findings of violations of law by the company, notes McGraw Hill Financial (MHFI), the parent company to ratings firm S&P.

The case, which stems from a 2013 lawsuit filed by the Justice Department, put the ratings firm at odds with the U.S. government over allegations that S&P had issued inflated ratings that misrepresented the true credit risks of the residential mortgage-backed securities and other ratings it weighed in on. Most media reports say that the feud was triggered by the ratings firm’s surprise downgrade of the U.S. government’s sovereign credit rating in 2011, a move that shocked observers. S&P still rates the U.S. at double-A-plus, which is one level below the prized triple-A rating held by Canada, Australia and a handful of wealthy European nations.

The complaint alleged that S&P falsely represented that its ratings were objective and uninfluenced by the firm’s relationship with investment banks. The Justice Department further contended that S&P was swayed by its desire to boost revenue and profits by winning business from those banking institutions.

S&P, along with Moody’s Investors Service and Fitch Ratings, hold a near monopoly on the credit ratings business, issuing ratings that can help investors determine if it is safe to buy bonds. The ratings are supposed to be objective, but banks pay for the business and that creates a conflict of interest according to some critics of the practice. The Justice Department, when it filed its suit in February 2013, said that it believed the S&P’s rosy ratings played “an important role in helping to bring our economy to the brink of collapse.”

McGraw Hill’s settlement is related to ratings issued between 2004 and 2007. The settlement will be reflected in McGraw Hill’s fourth-quarter results, which are due to be reported on Feb. 12. The company also reached a separate settlement with the California Public Employees’ Retirement System, or Calpers, to resolve some ratings claims. That settlement totaled $125 million.

S&P said it agreed to settle the matter to “avoid the delay, uncertainty, inconvenience, and expense of further litigation.” With that settlement now secured, the government is reportedly investigating Moody’s (MCO) for the favorable ratings it allegedly issued before the financial crisis.
[fortune-brightcove videoid=4012713894001]