After 70 years, why aren’t we better at developing flu vaccines? 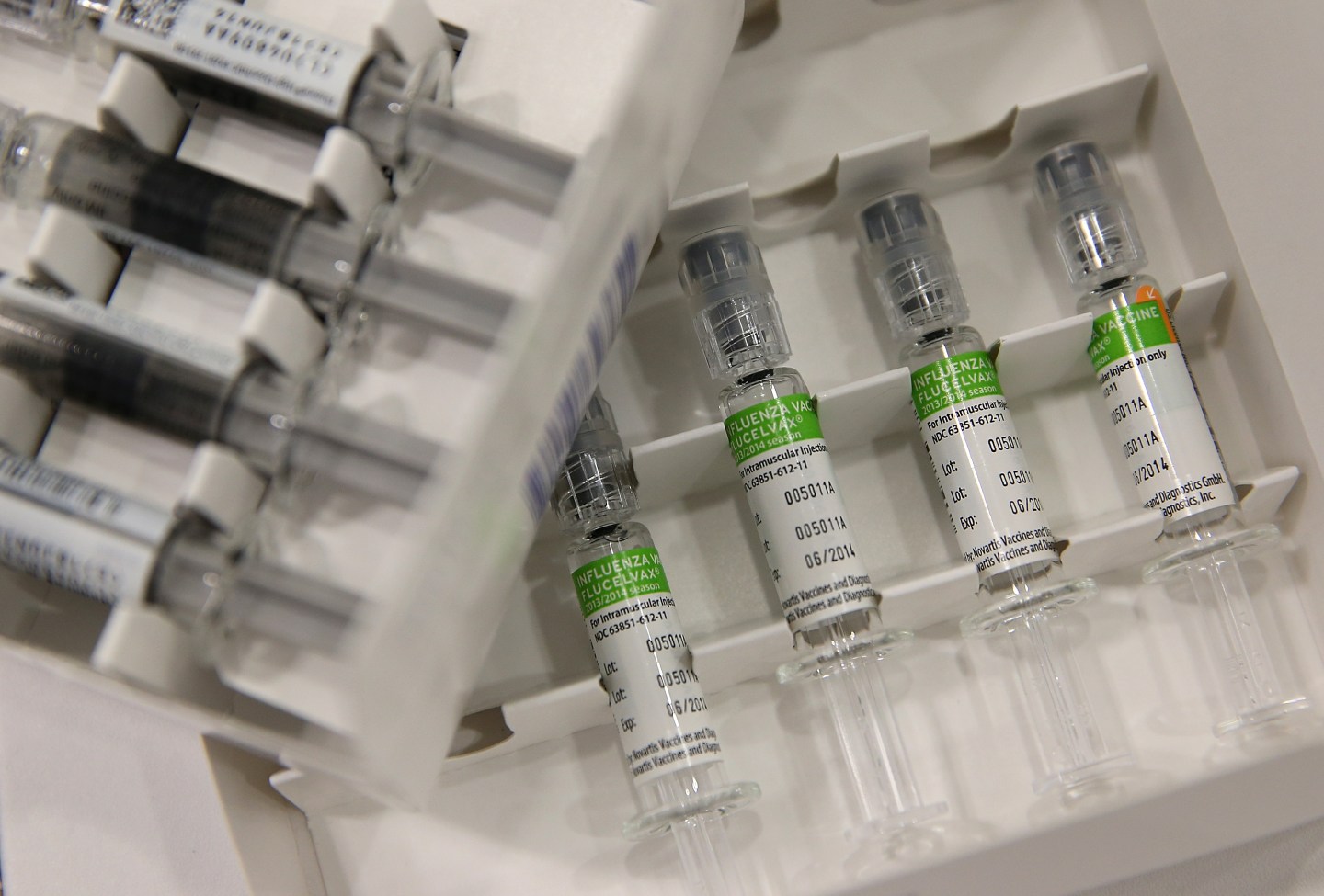 CONCORD, CA - JANUARY 14: Syringes filled with influenza vaccination are seen at a Walgreens Pharmacy on January 14, 2014 in Concord, California. Public health officials are encouraging residents to get flu shots as an aggressive strain of the H1N1 "swine flu" has killed 15 people in the San Francisco Bay Area. (Photo by Justin Sullivan/Getty Images)
Photograph by Justin Sullivan — Getty Images

This year’s influenza season is a serious one. Thousands of Americans — including 56 children — have died from the flu since last fall. The Centers for Disease Control and Prevention (CDC) has labeled the outbreak an epidemic, and we’re barely into February, the month that typically brings the peak of the season.

Part of the problem is this year’s flu shot has been one of the least effective in a decade, and it may account for why we are seeing the flu reach epidemic levels so early this season. The current flu vaccine is only 23% effective, compared to between 50% and 60% efficacy for a typical seasonal flu vaccine, according to the CDC.

The flu vaccine isn’t a newfangled technology. The first human influenza vaccines were tested as early as 1935, and extensive flu vaccine studies were started on U.S. army bases in 1942. So, after more than 70 years of research, why aren’t we better at creating a consistently effective seasonal flu vaccine?

Analyzing the strains
The answer to that question begins in February of every year, when global flu experts and the World Health Organization meet as part of an annual consortium to peg the influenza strains for the following season’s flu vaccine

Scientists and doctors from around the world work diligently to collect and analyze the flu strains currently in circulation, looking to pinpoint mutations that could become ground zero for a new epidemic.

“It’s a constant process,” said Jackie Katz, the head of the CDC’s WHO collaborating center. “One set of mutations will build on another. It’s a constant sort of linear evolution, but it’s one that is very hard to predict. One of the key features to get an accurate vaccine is having the viruses arrive in time, so we can characterize and analyze these viruses for the coming season.”

Once those strains are identified, the experts choose three to four to include in the next season’s vaccine. Those strains are then produced and handed off to manufacturers, such as GlaxoSmithKline, Novartis and Sanofi, to produce and distribute — a process that requires significant lead time to ensure the doses reach doctor offices by early October.

This same process happened in mid-February last year. Officials from the CDC, Food and Drug Administration, National Institute of Health, WHO, and other international bodies, met in Geneva, Switzerland, to pinpoint the strains that would be prevalent in the Northern Hemisphere then handed those off to manufacturers. (A separate but similar summit happens for the Southern Hemisphere in September.)

The problem came in March when a mutation showed up that scientists knew would wreak havoc, but it was too late. “Time is one of our biggest enemies for the flu vaccine,” said Katz.

How vaccines are made
The most common vaccine production method uses chicken eggs. This process takes about five months, according to GlaxoSmithKline. Millions of fertilized eggs are used as a culture to grow influenza viruses, which are then harvested, purified and packaged into vials. Manufacturers and the FDA then test for potency and safety before shipping the lot releases around the country.

This method has been in practice since the 1950s. It’s slow and tedious, especially given the challenges. Firstly, manufacturing relies on the availability of enough fertilized eggs. If egg supplies were ever compromised it would affect our ability to produce enough serum. Second, some flu strains don’t grow that well in chicken eggs and undergo undesirable mutations that affect the potency of a seasonal vaccine.
[fortune-brightcove videoid=3957338558001]

“The question is about changing the way these vaccines are made. It’s the real factor limiting the accuracy,” said Andrew Pekosz, a professor at Johns Hopkins University’s Bloomberg School of Public Health. “The speed at which we can identify these strains, especially given the level of detail, is very rapid.”

As of January 2013, a new vaccine production method hit the market. It’s faster, egg-free and potentially more effective. It’s called a recombinant protein vaccine and uses an influenza virus protein that’s made by genetically altering a virus that infects insect cells. The resulting protein is what triggers the immune response in humans to make protective antibodies.

“It takes only weeks versus months to produce,” said Rachel Felberbaum, a spokeswoman for Protein Sciences, the maker of FluBlok, the first and only FDA approved recombinant influenza vaccine. “It also has three times the antigens, which helps protect better. We can do that without a time lag because of the technology.”

The recombinant vaccine typically takes between six to 12 weeks to manufacture, and in the case of a pandemic Protein Sciences is ready to provide 50 million doses to the U.S. government in as quickly as three to six months. Egg-based vaccines would require at least six months for similar emergency output.

Vying for time
Recombinant technology — which uses genetic modification to incubate the flu proteins in faster-growing insect cells — could help carve out the vital time that scientists need to more accurately target influenza strains that will circulate during the upcoming season. It certainly would have helped scientists better target this year’s vaccine.

“All we need is to buy four to five weeks to have a high level confidence of catching the long tail of emerging variants,” said Pekosz.

The technology has potential to buy that extra time, but it’s still new. For this year’s flu season, GlaxoSmithKline produced about 24 million vaccine doses using the egg-based method, and it is one of five companies producing traditional egg-based flu vaccines in the U.S. In comparison, Protein Sciences released 300,000 FluBlok doses this season.

The industry as a whole is investing in this recombinant technology, including GlaxoSmithKline (GSK). However, most manufacturers are still about 10 to 15 years behind, said Felberbaum. Protein Sciences plans to scale up to 1.2 million FluBlok doses for the next flu season, though that’s still a small portion of the overall vaccine quantity needed for the U.S.

Ultimately, scientists hope for a universal vaccine — one shot that would cure all influenza strains. Fortune’s Erika Fry delved into how scientists are working toward that end goal, which remains nearly 10 years off.

Until then, scientists around the world are working diligently to be prepared for this February’s influenza summit when they hope to accurately pinpoint next season’s strains — potentially saving tens of thousands of lives.

“In most years, we have a pretty good match,” said Pekosz. “It’s one of those situations where we could improve, but it takes a really concerted effort. It’s not just science, but manufacturing and regulations.”