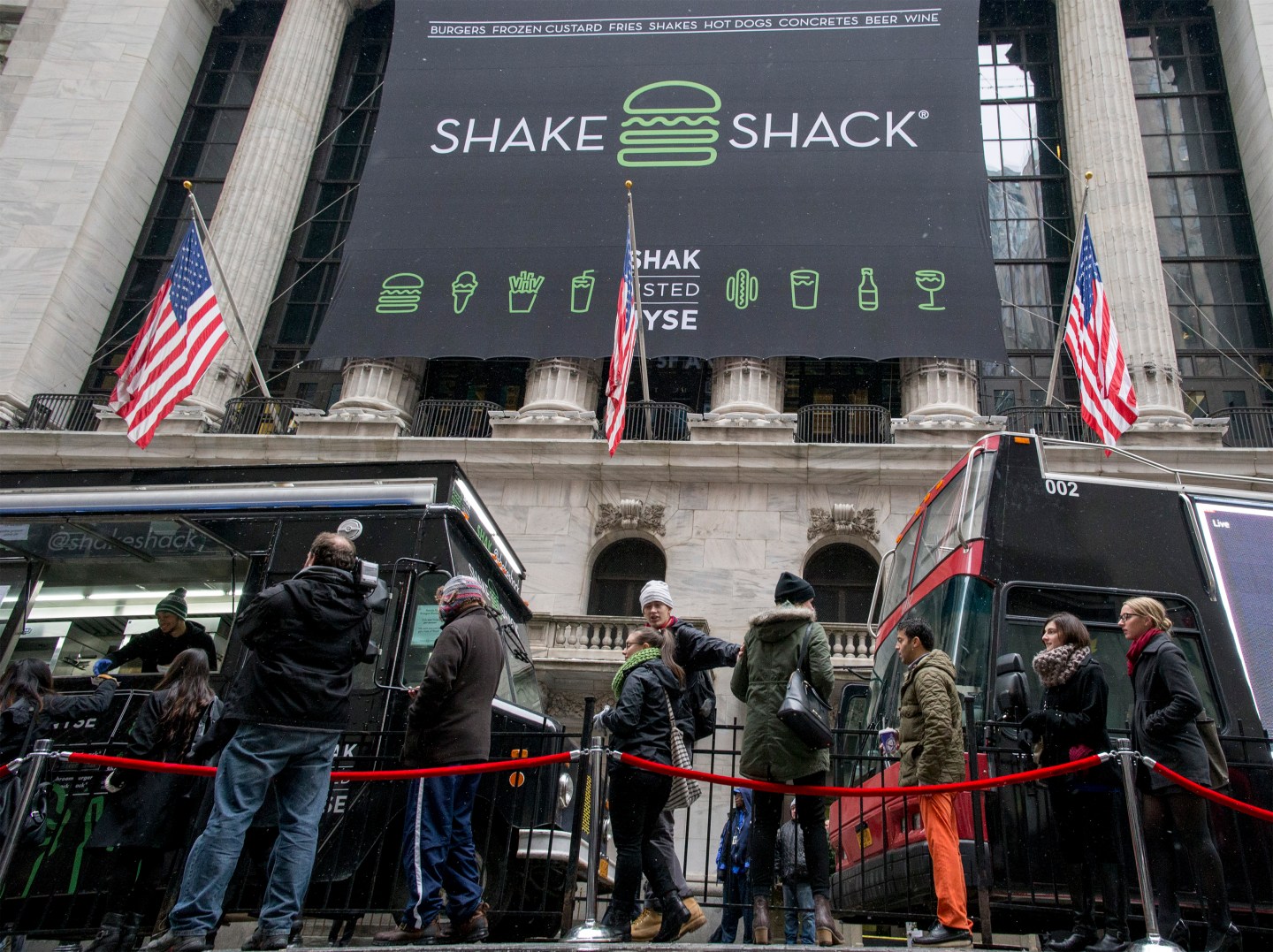 Guess which one garnered a lion’s share of the media attention (both social and traditional)?

If you guessed the life-saving one, I admire your logical delusion. But you couldn’t be more wrong if you were dipping your french fries into mayonnaise.

Today’s popular IPO was for Shake Shack (SHAK), the New York City park-borne chain that raised $105 million by pricing 5 million shares at $21 per share (above its $17-$19 range). The stock has gone nuts in the aftermarket, giving Shake Shack a current market cap of around $1.6 billion. Pretty heady for a cash-generating company whose most recent annual financial results (extrapolated) show less than $5 million in profit on just over $105 million in revenue. Not saying it’s something to sneeze at, but it looks like investors might be putting the fancy ketchup before the grass-fed cow here.

Today’s widely-ignored IPO was for Spark Therapeutics (ONCE), a Philadelphia-based developer of one-time gene therapy products for those suffering from debilitating orphan diseases . Like Shake Shack, it raised its IPO expectations leading into pricing. And, like Shake Shack, Spark Therapeutics busted through its upwardly-revised range, raising $161 million by pricing 7 million shares at $23 each. Its stock also is going strong in the aftermarket, giving Spark Therapeutics a current market cap of more than $1.1 billion. Not too shabby given that Spark is a pre-revenue company focused on uncommon (and horrible) conditions like inherited retinal dystrophies and hemophilia B (the latter of which is being developed in a collaboration with Pfizer).

So here we have two companies: Spark raised 53% more money than did Shake Shack in its IPO, and currently is valued around 28% lower (both easily surpassing the billion-dollar mark). Spark is in the midst of Phase 3 clinical trials on something that could cure blindness for thousands of people. Blindness! Shake Shack has mastered all-beef hot hog toppings.

To be clear, I’m not arguing one is a better investment than the other. Nor do I mean to denigrate Shake Shack, which isn’t pretending to be anything beyond what it is (and, yes, I’ve eaten there and it is delicious).

But I do wish that those of us who’s job it is to cover business could sometimes see beyond our appetites (or apps), and pay more attention to the businesses that could be fundamentally transformative. Particularly in biotech, which admittedly doesn’t generate as many clicks as does retail/restaurants or technology (perhaps because many of its practitioners are in the lab all day, rather than surfing the Internet).

Spark Therapeutics went public today, and is now a $1 billion+ company that could help save and improve lives. Figured you might want to know.

Sign up for Term Sheet, Fortune’s daily newsletter on deals and dealmakers.