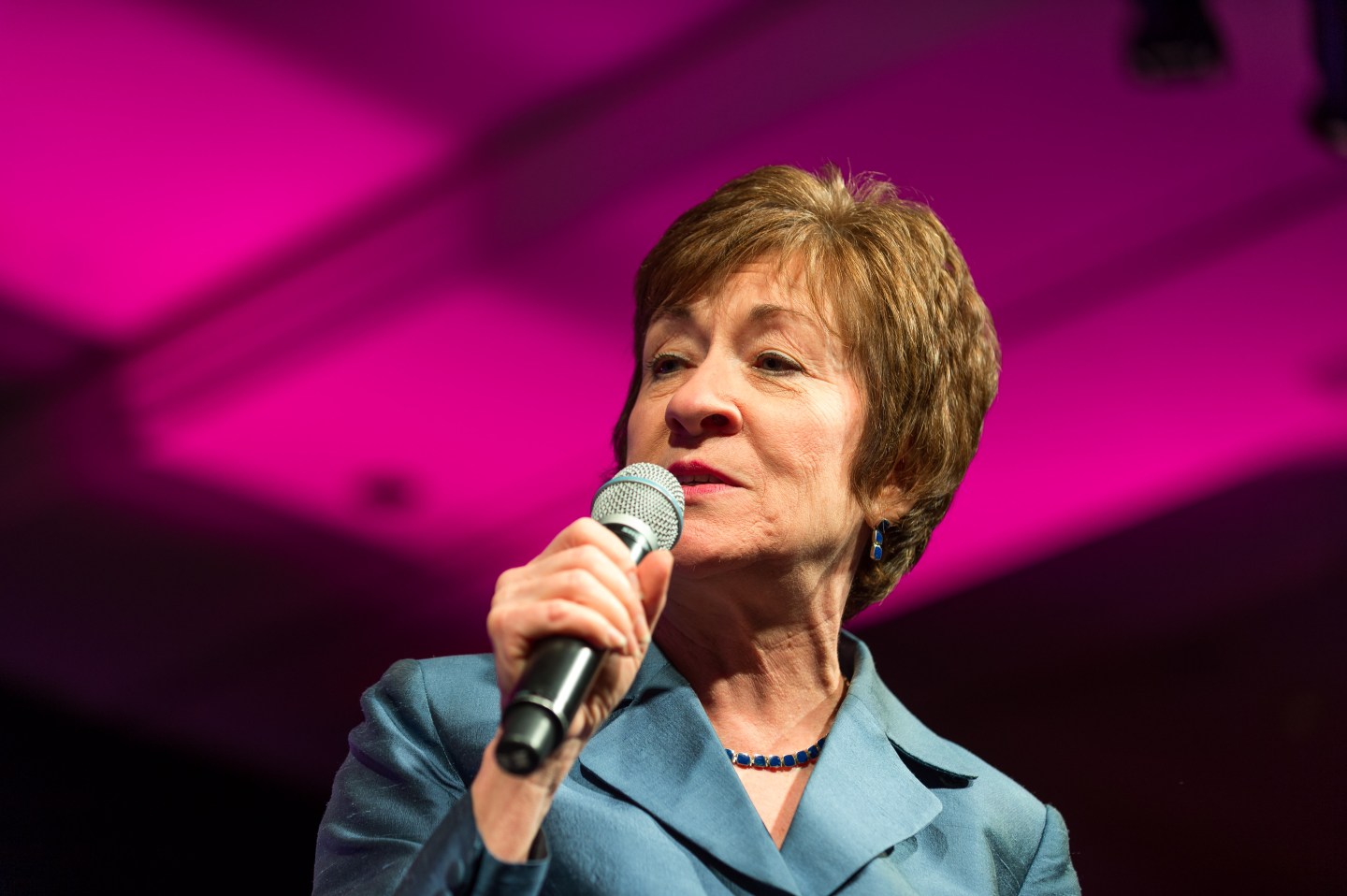 As a member of the Senate Intelligence Committee, and a woman privy to state secrets, Susan Collins is in a prime position to assess today’s terror threat. And what she has to say borders on alarming: American intelligence and law enforcement agencies are not equipped to keep us safe.

“We have never faced so many threats coming from so many different directions,” Collins told me. “I think the threat has grown in such magnitude that we need to devote more resources.” Collins was my guest on this week’s iTunes podcast Smart Women, Smart Power, sponsored by the Center for Strategic and International Studies in partnership with Fortune. You can find the full podcast here.

Collins’ greatest concern is the threat posed by homegrown terrorists—Islamists radicalized online, like 2009 Ft. Hood shooter and U.S. Army Major Nidal Hasan, as well as jihadists with American passports who have travelled to Syria and Iraq to train with terror groups there.

“It is one of the biggest threats that our nation faces,” Collins says. “We know Americans have traveled abroad but it’s difficult to track them—to determine whether they have traveled to Iraq and Syria because they have family members they are trying to help, or whether they have been pulled into the Islamic extremist world of ISIS, Al Qaeda and other terrorist groups.”

Tracking is further complicated because Turkey has provided an entry point into the conflict. And once these trained jihadists return to U.S. soil, keeping tabs on them “becomes very labor intensive very fast,” says Collins, who declined to say precisely how many individuals are being tracked by authorities.

As America faces this growing terror threat, Collins offered thoughts on how to think outside a box that has confined the U.S. war on terror strategy since 9/11. Here’s what she proposed:

Investigate the spread of Islamic extremism inside U.S. prisons. Two of the terrorists in the January Paris attacks met in prison, and Collins recalls earlier Senate hearings she sponsored that raised alarms about the prison culture here in the U.S. “The Bureau of Prisons wasn’t doing a good job of countering self-styled radicalized imams in our prison system,” she says, “nor screening clerics who were bringing materials in to radicalize prisoners.” She plans to call for new hearings on the issue during the current Senate session.

Look for ways to counter online radical messages. There is, for example, the Google Ideas’ “Against Violent Extremism,” that includes former jihadists who can talk potential jihadists off their course. “We need more effective narratives to erode support,” she says.

Call on Muslims to step up their counter-messaging. Says Collins: “I met recently with the King of Jordan, and he summed it up so well: This not a fight between the West and Islam. It’s a battle between peace-loving Muslims and those that have hijacked Islam to create a violent radical narrative that underpins the aims of ISIS and Al Qaeda to create a global caliphate.”

Call on Arab leaders to do more to combat the spread of ISIS and Al Qaeda in the Middle East and North Africa. “The involvement of Arab countries is critical,” she says. The Saudis need to stop funding madrassas that are teaching hatred….There should be more Arab troops on the ground; the Jordanians are doing their part, but not Turkey, which is allowing a flow of [terrorist] fighters across the border. Turkey has the resources and the Army to do more.”