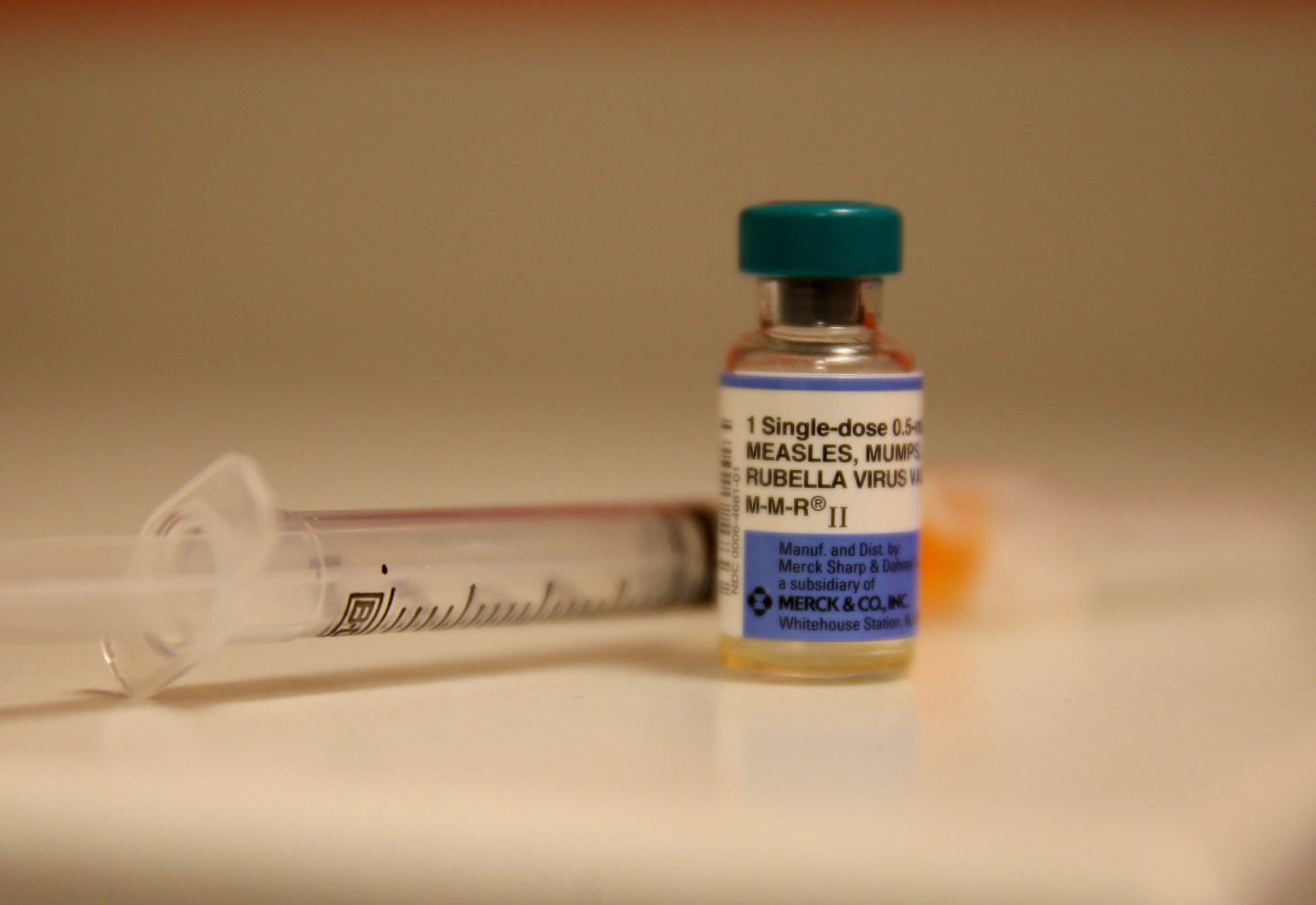 A measles outbreak spreading across the country has sickened 86 people in 14 states, raising fears of an epidemic. But what’s different this time is the high number of adults falling ill –including some who have been vaccinated.

“We’re seeing more adults than we have seen in a typical outbreak,” says Anne Schuchat, director of the Center for Disease Control’s National Center for Immunization and Respiratory Diseases.

The outbreak originated in Disneyland in December, sickening 11 people last month and another 56 people in January. The others most likely contracted the disease while traveling internationally in areas like Indonesia, India and Dubai.

The median age of infected patients is over 20, and not all of those were part of the anti-vaccination movement, whose adherents deliberately forego vaccines out of fear that they will cause more harm than good. At least six people diagnosed with measles got their measles-mumps-rubella vaccine, and all but two of them got the standard two-shot sequence.

This isn’t about measles vaccine effectiveness, which is actually one of the most effective in the world. Two doses provide 97% protection against infection and has been proven safe, says Schuchat. This is about the effect an outbreak has on the wider population when a select group of people remain unvaccinated.

The vast majority of both adults and children infected were unvaccinated–whether for health-related issues, lack of awareness or as part of the anti-vaccination movement. Medical professionals say the ongoing measles outbreak is the inevitable consequence.

Measles is a wildly contagious disease and is still common globally, sickening nearly 20 million people annually. The virus spreads through the air when an infected person breathes, sneezes or coughs. It’s so contagious that if one infected person coughs in a crowded area, 90% of the non-immune people in the vicinity will catch it.

Even with the safest and most effective vaccines, there’s still a “long tail,” meaning that a certain number of people won’t build up the needed antibodies to protect them from the measles.

“If you have really high coverage…you will get some people who are two-dose failures,” Schuchat said.

No one knows the exact reason why. The measles vaccine is a two-shot series. After the first dose, 5% to 7% of people still don’t have sufficient immunity, so a second round helps ensure that enough people reach that protective threshold.

“Then there’s the issue that because of biological variability even people who were vaccinated and clearly protected for one, two, three, four decades, immunity wanes or decreases to the point where they become susceptible,” says Anthony Fauci, director of the National Institute of Allergy and Infections Disease.

That leaves an even higher number of people vulnerable to the airborne infection.

If the vaccination rates were high enough to prevent an outbreak, the two-shot failures or those with waning immunity wouldn’t be at much of a risk. It’s what experts refer to as the “herd immunity.” But the moment vaccination rate falls below 90% or 95%, the disease can find enough hosts to spread.

That appears to be what happened at Disneyland, where measles took hold in even vaccinated adults. While vaccinations may not fully protect everyone because of a mixed antibody response, they still contribute to increased overall public immunity and help prevent these outbreaks before they even start.