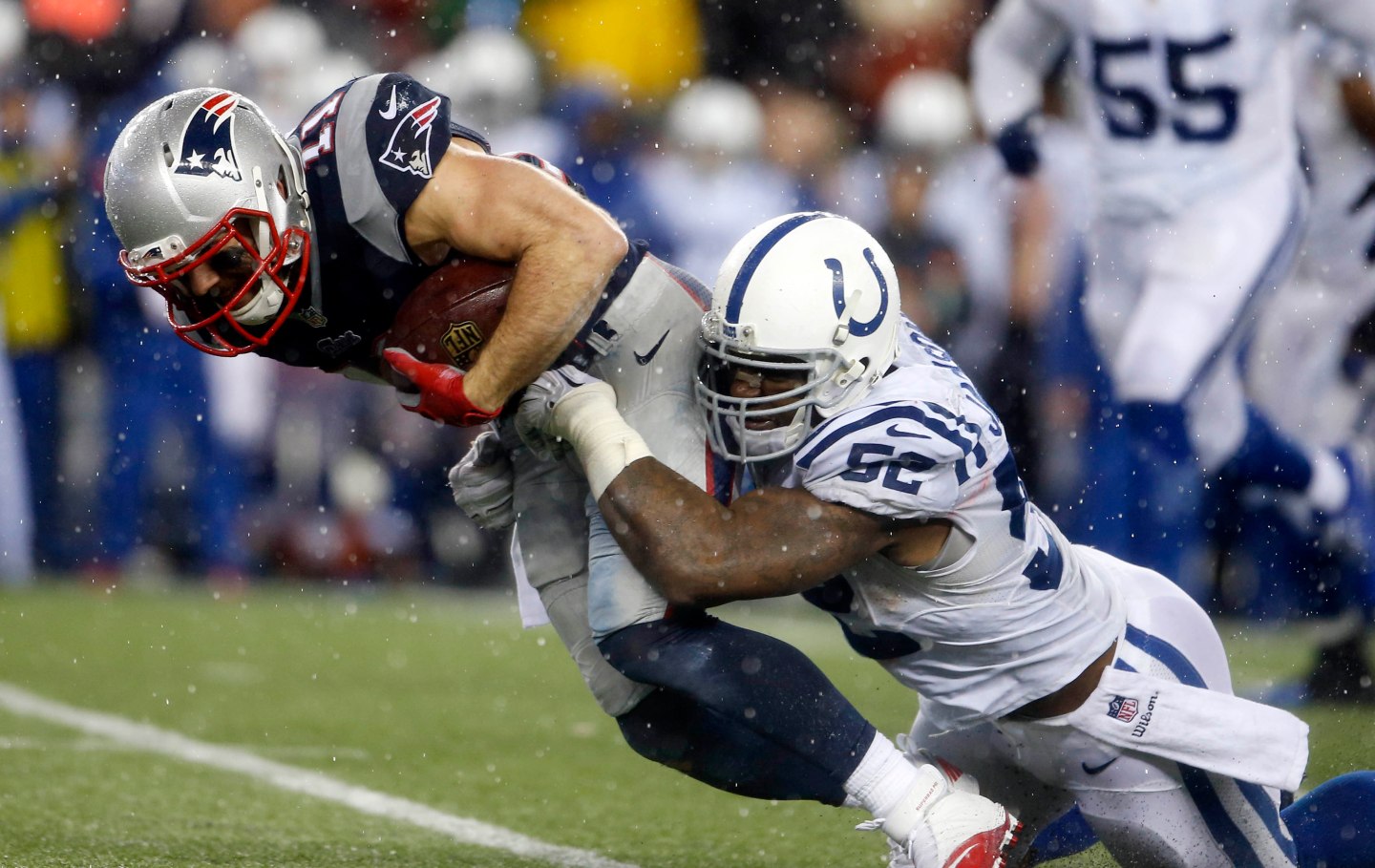 In my former job as an NFL linebacker, my closest (non-football playing) friends would roll their eyes when I referred to ‘work.’ I was an easy target:

“You play a game for a living.”

“You get months off of work every year.”

Both true, but I also worked in a job where almost half the employees got fired every year (80+ down to 53) and you got fined thousands of dollars for being even one minute late to a meeting.

I was fined twice in my eight-year NFL career. One fine was for being late to an 8:00 a.m. special teams meeting. I awoke that morning to a car that wouldn’t start. I tried to reach at least four people in the building, including (then head coach) Lovie Smith, to explain my dilemma. Finally, my linebacker coach drove to my house, picked me up, and did his best Fast and the Furious imitation to get me there by…8:01.

So what does all this have to do with my current job?

Well, a lot actually. I co-founded Overdog over two years ago. My first foray as a startup founder has made me realize that the jump from NFL player to startup entrepreneur isn’t so bizarre.

Of the 100,000 high school football seniors every year, about 215, or 0.2% will ever make an NFL roster. Starting a business is also highly selective as the odds of failure continue to rise each year. While cost to launch your BIG idea has fallen to almost nothing, the chances of a new business becoming the next Microsoft, Facebook or – ahem –Overdog are as fleeting as the chances your nephew will one day suit up for the Dallas Cowboys.

In a start-up, the pressures are the same. Unless your startup is making money, or you can convince an investor that it will make money soon, then your days are numbered. I can’t think of two better examples of a career where success is so crucial to job security. Sink or swim. Produce or perish.

Related: The Kickoff: Three Startups Born from the NFL

Everything you do as an NFL player targets one goal — winning on Sunday. Perform, and reap the rewards. Such a singular focus is rare.

Similarly, startups have a huge advantage over their larger counterparts when it comes to focus. In a startup, its all about outputs. What did you accomplish today that makes your company better? With a few notable exceptions, larger companies tend to focus more on inputs, like hours logged or meetings attended. Real-world companies would be so much more efficient if they had the tools to evaluate talent like the world of sports.

That’s what startups have right. There’s nowhere to hide in our team of nine at Overdog. If you can’t add value, you won’t be around long.

I’d argue that the entrepreneur convincing his parents he’s not unemployed and the pro athlete trying to justify his deep tissue massage as “work” actually aren’t so different. In both worlds, you live and die with each triumph and every failure. Passion is prerequisite. If you aren’t passionate about your work, you won’t be good at it, at least not for very long. Lastly, in both cases, you get a chance to make a living doing what you love.

Watch more about startups and the Super Bowl from Fortune’s video team: