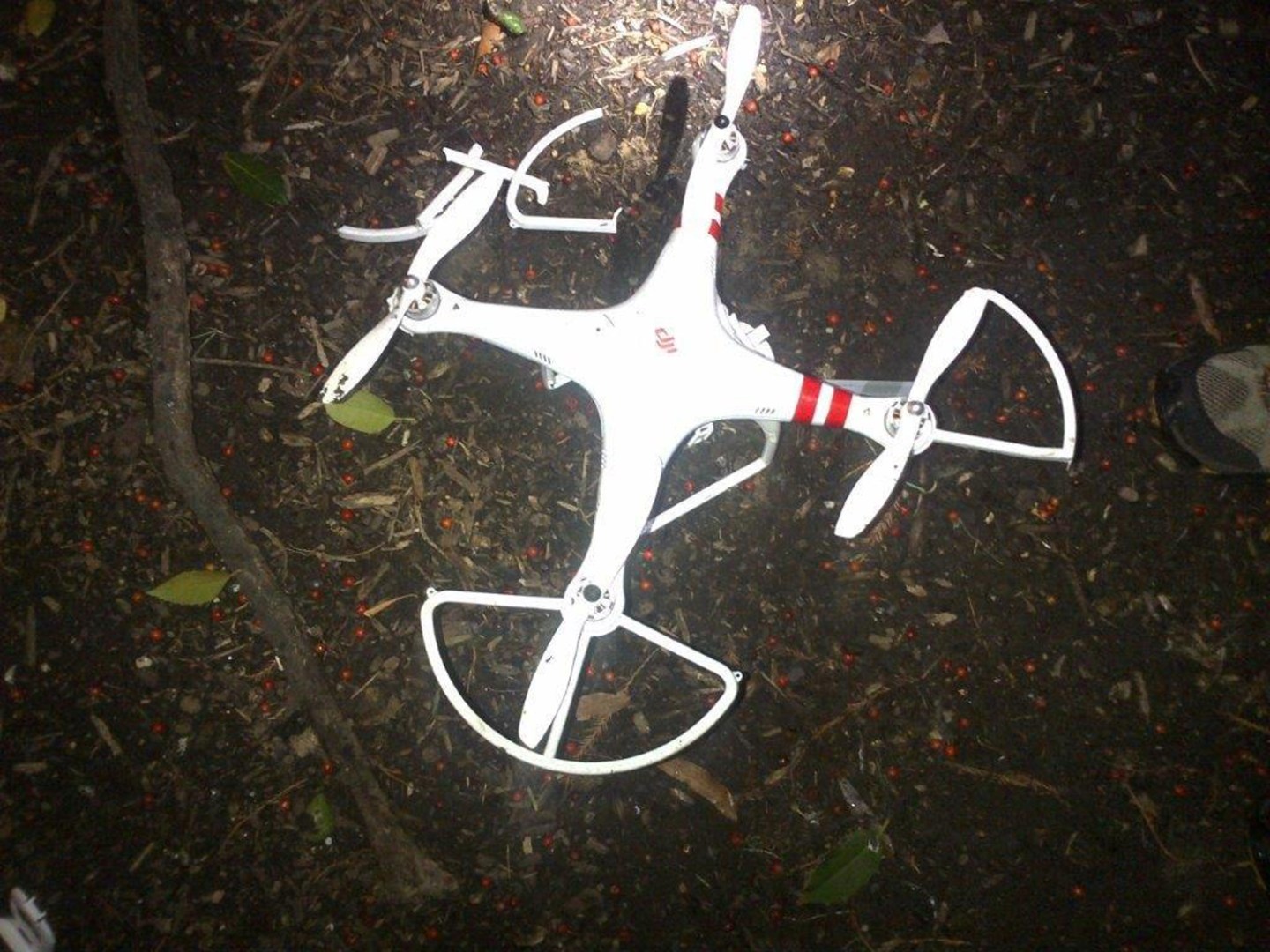 A recreational drone that landed on the White House South Lawn is seen in this U.S. Secret Service handout image taken and released on January 26, 2015. An individual has come forward to claim responsibility for flying the small drone that crashed on the South Lawn of the White House early on Monday morning, a Secret Service spokeswoman said. The individual claimed the drone was being used for recreational purposes. REUTERS/U.S. Secret Service//Handout via Reuters (UNITED STATES - Tags: POLITICS FOR EDITORIAL USE ONLY. NOT FOR SALE FOR MARKETING OR ADVERTISING CAMPAIGNS. THIS IMAGE HAS BEEN SUPPLIED BY A THIRD PARTY. IT IS DISTRIBUTED, EXACTLY AS RECEIVED BY REUTERS, AS A SERVICE TO CLIENTS - RTR4N132
Photograph by Reuters

President Barack Obama has used the crash-landing of a drone at the White House Monday as an opportunity to reemphasize the importance of regulating unmanned aircraft.

In an interview with CNN, Obama said the remote-controlled quadcopter that caused a brief security scare on Monday was the kind “you buy in Radio Shack,” calling for a regulatory framework for drones that will “get the good and minimize the bad.”

“There are incredibly useful functions that these drones can play in terms of farmers who are managing crops and conservationists who want to take stock of wildlife,” Obama said. “But we don’t really have any kind of regulatory structure at all for it.”

Drones are currently restricted from most airspace, except at low heights and at designated testing sites. The capital has stricter regulations than most on flying unmanned aerial vehicles.

The Federal Aviation Administration is currently drafting regulations that will allow for wider use of the devices. However, the process has been fraught with delays.