U.S. retail workers are No. 1…in employee theft 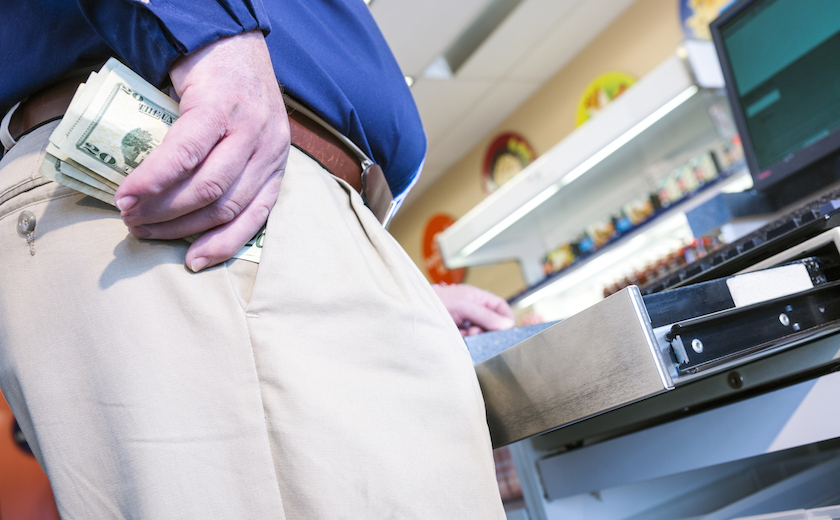 It’s almost Groundhog Day, but for retailers, the holiday season is finally winding down.

“The four months from October through January are when stores see not just their biggest sales volume of the year, but also the most returns and exchanges,” says Ernie Deyle, a 30-year veteran of the retail loss-prevention wars who leads the business consulting practice at London-based data analytics firm Sysrepublic. “Unfortunately, the same four months account for about half of all annual shrinkage.”

That shrinkage, made up of missing goods from shoplifting and other causes, costs U.S. retailers about $42 billion a year, according to the latest Global Retail Theft Barometer, an annual industry study led by Deyle and inventory management firm Checkpoint Systems.

Shoppers pay the price for such theft. The cost of mysteriously vanishing merchandise comes to $403 annually per U.S. household.

Of course, retailers everywhere deal with shrinkage, but there is one big difference between the U.S. and the rest of the world: Globally, dishonest employees are behind about 28% of inventory losses, while shoplifters account for a markedly higher 39%. Not so stateside, the study says, where employee theft accounts for 43% of lost revenue. That’s about $18 billion, or $2.3 billion more than the cost of five-finger discounts taken by customers.

Some stores get ripped off more than others. Discounters, for example, experience higher rates of employee theft than home improvement stores or supermarkets do. Moreover, rather than simply walk off with merchandise or pocket cash, most workers who steal do so in subtler ways.

“Usually it happens during checkout, when an associate manipulates a transaction to benefit themselves or someone else,” says Deyle. Employees might, for instance, enter refunds, discounts, or voided transactions into a cash register. They can also “cancel transactions, modify prices, or say someone used a coupon when they didn’t.”

The interesting question, of course, is not so much how as why. “Key reasons … include ineffective pre-employment screening, less employee supervision, and easy sale of stolen merchandise,” the report says.

Deyle sees cultural differences at work too. “Internationally, there’s more of an unwritten code that says it’s not honorable to do something dishonest toward an employer,” he says. “Here, it’s a different mindset. There’s so much turnover in retailing, and very little loyalty.”