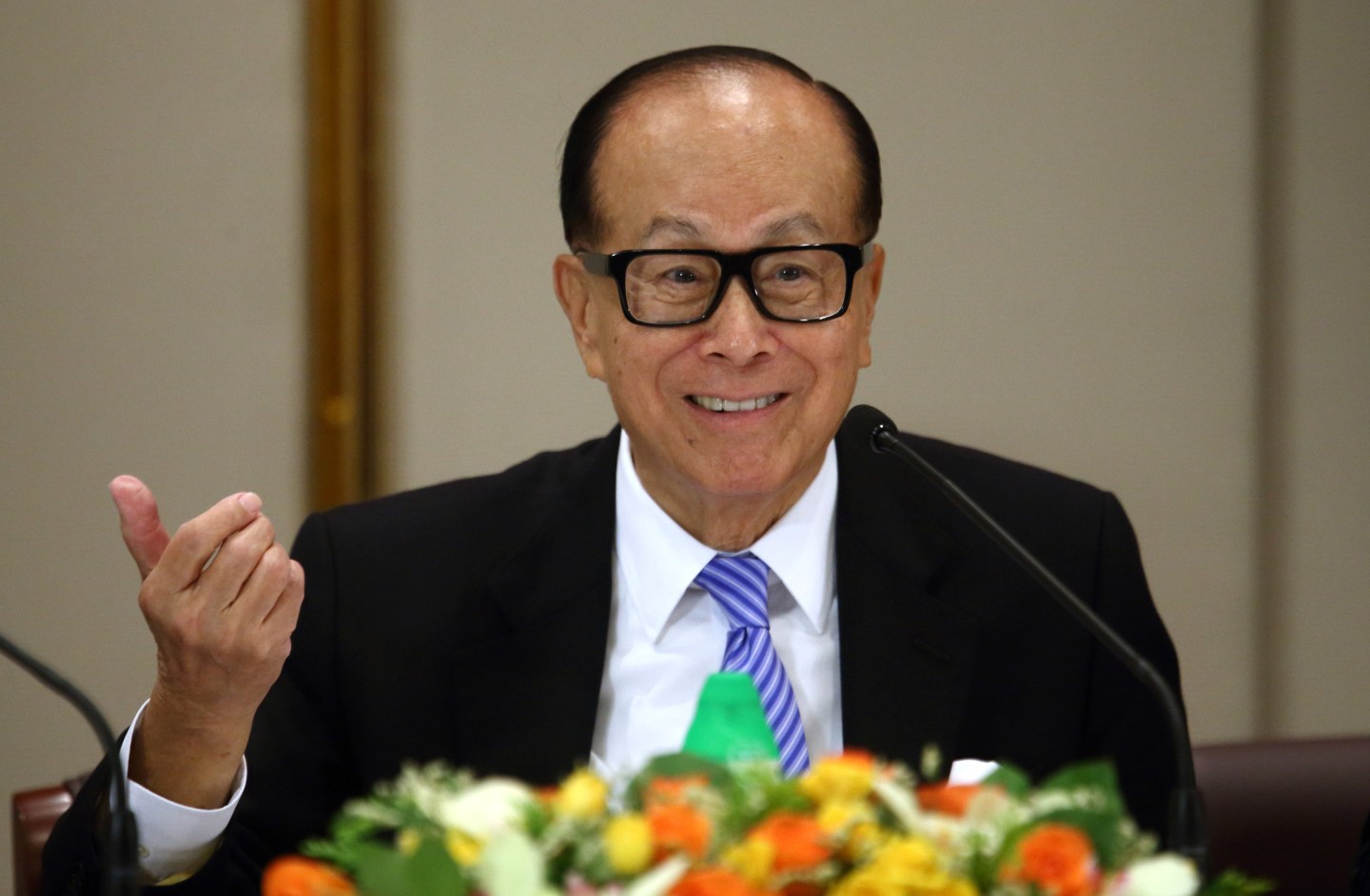 Hong Kong-based conglomerate Hutchison Whampoa said it’s in exclusive talks to buy mobile network provider 02 for up to 10.25 billion pounds ($15.75 billion), in a move that advances the consolidation of the U.K. telecom sector and further stokes speculation over the intentions of Asia’s richest man.

The move is the latest in a dealmaking frenzy for the 86-year old Li Ka-Shing, Hutchison’s owner. Li has already spent over $30 billion by some estimates on buying assets outside China and Hong Kong, prompting speculation that he is preparing to abandon the former British colony. He has denied that speculation.

Earlier this month, Li carved out the Hong Kong property assets that have been the foundation of his fortune from the rest of his Cheung Kong conglomerate, which is more internationally focused.

In the last week alone, Li has agreed to buy Eversholt Rail Group Plc., a U.K.-based maker of railcars for $1.5 billion, and Dirx, a chain of Dutch drug stores, for an undisclosed price. He has also promised more telecoms acquisitions across Europe as the sector consolidates.

The spree of foreign acquisitions comes against a backdrop of speculation that Li, long regarded as a kind of capitalist ‘Superman’ by the Communist authorities in Beijing, has fallen out of favor with them.

In recent weeks, bloggers in government-backed mainland publications have started to refer to Li as a ‘big tiger’, a term also applied to some of the highest-profile victims of Xi Jinping’s anti-corruption campaign such as security boss Zhou Yongkang.

Through Hutchison, Li Ka already operates the mobile and broadband provider ‘3’, and would become the biggest mobile network operator in the U.K. with over 30 million subscribers if it completes what would be its biggest overseas acquisition to date.

Telefonica SA, 02’s Spanish parent, has been looking to sell the business for some time, as its strategic position in the U.K. market comes under threat from the spread of ‘quad play’ strategies offering TV, broadband internet and fixed and mobile telephony. It also wants to free up cash for investing in markets which it considers more strategically important such as Brazil and Mexico.

The two largest players in voice telephony in the British market, BT Plc (BT) and Vodafone PLC (VOD), are both moving in the direction of being multi-service providers. BT said last year it will buy EE, the operator of the U.K.’s first 4G network, from its French and German owners, and beefed up its TV offering substantially with a big-money bet on English soccer rights.