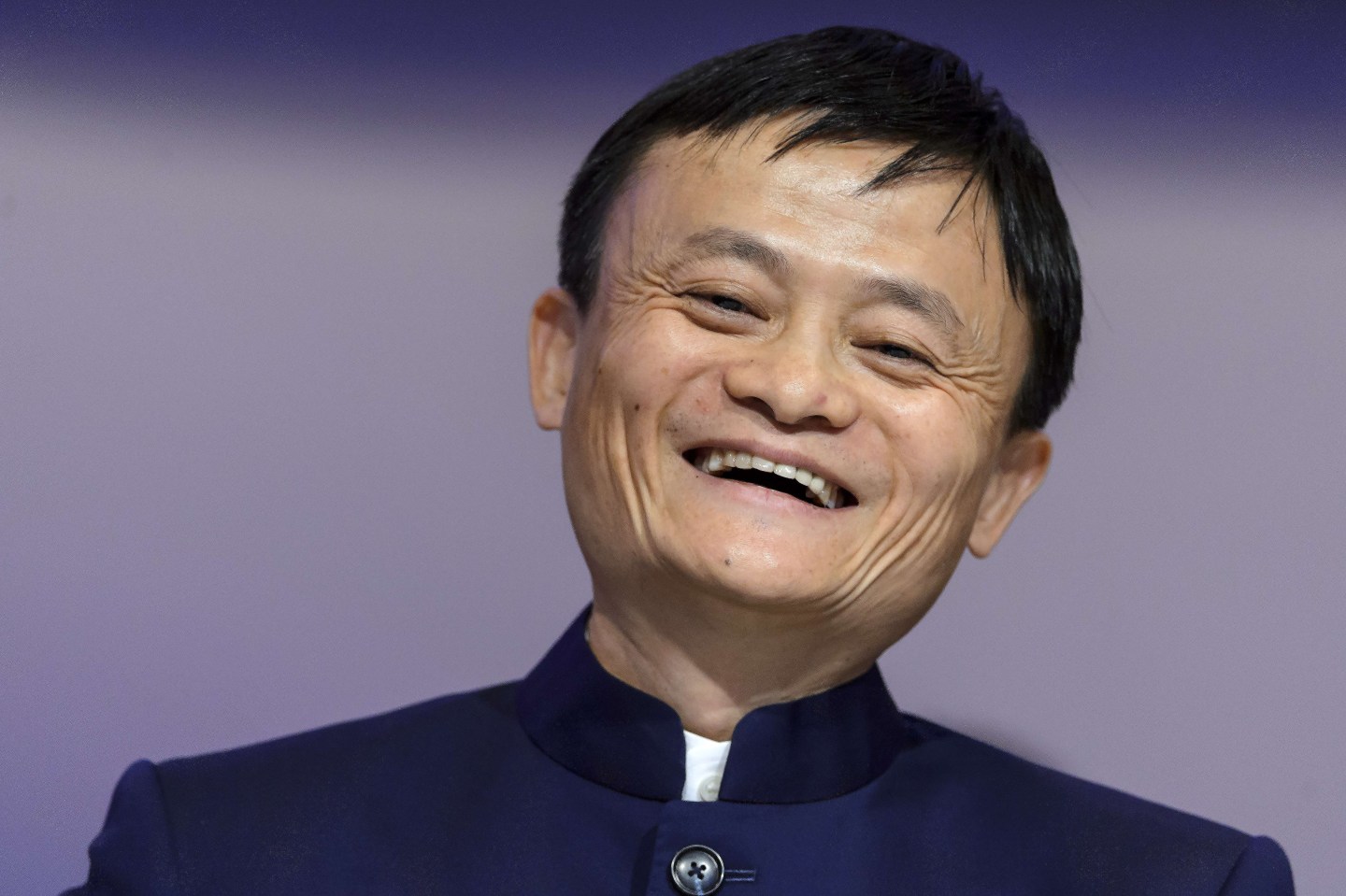 Slower growth will be good for China.

That’s what Jack Ma, the CEO of Alibaba, told a crowd of business leaders and other attendants at the World Economic Forum in Davos, Switzerland, on Friday. He also offered some business advice.

Ma said that he thinks slightly slower growth for China will be a whole lot better, than if the country’s leaders tried to continue to grow the economy at 9%.

“We are already the second largest economy in the world,” said Ma. “We are not going to be able to continue to grow that fast.”

It was Ma’s first time speaking at Davos, after staying away from the global confab, which once ranked him as a global leader, for six years. Ma said he had skipped Davos because he didn’t think talk was going to change the world. But he said he was back to share what he and his company had learned. The corridor outside the 90-seat conference room Ma was scheduled to speak in was jammed for a half hour before Ma arrived. Many who wanted to hear Ma speak were turned away.

Ma said China’s challenge was to stay interested in quality, not quantity. “Grow your value and grow your vision. That’s what China needs to do,” said Ma. “I don’t worry about the Chinese economy.”

China’s economy grew at its slowest rate in 24 years last year–slightly missing the government’s target of 7.5%. The International Monetary Fund expects it to slow to 6.8% this year and only 6.3% in 2016, in a step change after two decades of breakneck expansion.

Earlier in the week, at the conference, the China’s Premier Li Keqiang said that his country’s economy was slowing, but would not have a “hard landing.”

Ma said Alibaba has very little relationship with the Chinese government. He said he has never taken money from the government (though he wanted to when Alibaba was getting started), or from Chinese banks. Ma said that the government sometimes comes to Alibaba to take on projects, but he says he mostly declines. Alibaba has taken on a government project to make it easier for people who have moved to cities from farms to buy train tickets to get home for holidays.

Ma said his vision for Alibaba is to make it like a “World Trade Organization for small businesses,” bringing down barriers to sell goods in other countries. He said the company has a good business in Russia and has taken delivery times down from four months when Alibaba started there to one week. Ma said Alibaba can do that around the world, helping small businesses connect with consumers in developing nations.

On succeeding in business in general, Ma said his best advice is to “calm down.” Other droplets of wisdom included ‘there is always a way out’, and ‘rejection comes before success’. Ma also said it’s good to realize business is not a zero-sum game. It might even be worse than that. “Business is not about I win, you lose,” said Ma. “Even if your company dies, I don’t win.”

And, like in the past, Ma said one of his biggest role models in business is the fictional Forest Gump. “People think he’s stupid, but he keeps coming back,” said Ma. No word on whether Ma will come back to Davos next year.

Learn more of the latest news about Alibaba from Fortune’s video team: