Losing to win, in pro basketball and business 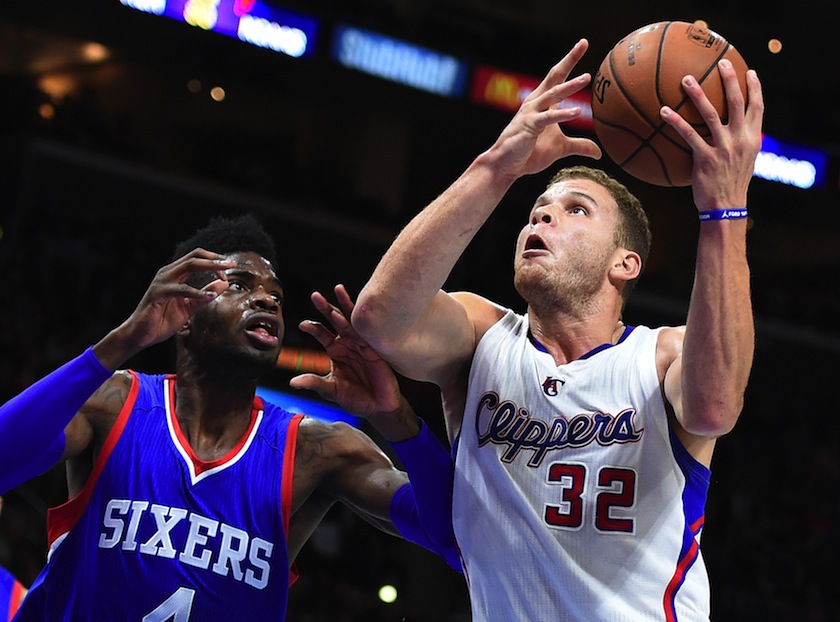 Nerlens Noel of the Philadelphia 76ers (L) tries to block Blake Griffin of the Los Angeles Clippers during their NBA game at the Staples Center in Los Angeles, California on January 3, 2015. The Clippers went on to win 127-91. AFP PHOTO/MARK RALSTON (Photo credit should read MARK RALSTON/AFP/Getty Images)
Photograph by Mark Ralston—AFP/Getty Images

In business, just like sports, we are taught to win. Gain profits today. Get larger now. Beat the competition every time.

That’s why it’s so rare to see a sports team so obviously try to not win a championship, or even get to the playoffs. But that’s precisely what basketball fans are seeing when they watch the woefully bad Philadelphia 76ers.

The team has made it clear that they will gladly give up wins today to get an early draft pick this summer. They’ve used this tactic for two years now. In the National Basketball Association, there’s a draft to select college players. For two years in a row, the 76ers have used their top picks for injured players that they believe will be good in the future, but couldn’t play at the start of the season. They traded their best players away. And the organization has picked up very little veteran leadership or free agents. This has left them with almost as many rookies as wins.

This tactic, which basketball circles call “tanking,” may seem uncompetitive. As football season nears its end and NBA fans tune in to see their team begin to position for playoffs, it’s unusual for an organization to willingly take on bad press. With few wins and a lackluster product, NBA teams face the possibility that fans will avoid games, which could translate into fewer box office sales and less revenue from concessions. Yet, win-wise, they’re still doing better than the New York Knicks.

Remember, the Philadelphia 76ers is a business. And the idea of losing a little—or, in this case, a lot—now for estimated long-term gains is nothing new in business. In fact, entire industries operate this way. Here are three ways companies have put off success today to position for future glory.

In 2013, the 76ers had several talented players, including all-star Jrue Holiday, as well as Thaddeus Young, now starting forward for the Minnesota Timberwolves. But they traded them away, looking for new assets in the draft. For Jrue Holiday, they received a No. 1 pick. For Thaddeus Young, in 2014, they received players with small contracts—keeping costs low—and another first-round pick. All of this was aimed at shedding expenses, while building assets for the future.

Shedding talent like this happens all the time in the business world, especially when companies prepare for a spin-off. As a parent company looks to position one of its businesses to function on its own as a stand-alone public company, they often announce layoffs. For example, Time Inc. (TIME) (publisher of Fortune) cut about 6% of its workforce a few months before it spun off from its parent company, Time Warner (TWX), in June 2014. There are reports that eBay (EBAY) is planning to cut around 10% of its workforce, in preparation for the spinoff of online payment processor PayPal in 2015. Hewlett-Packard (HPQ) announced it would shed an additional 5,000 jobs on top of an already planned 45,000-to-50,000 employee cut, as it prepares to split its business into two public companies, one for enterprise systems and another targeting personal computing.

These moves are made to cut costs and to appear more streamlined so that the soon-to-be-public companies can entice investors. Layoffs also free up funds for acquisitions, which might be required for the new spun off firm. It can be a great way to build assets elsewhere, which is exactly what the 76ers did. With only $16 million in contracts guaranteed for next year, the team has the lowest amount of such funds committed in the NBA, with the second closest nearly double that amount. This means they will have capital to acquire big names in free agency in the summers of 2015 or 2016, if they wish.

To evaluate biotechnology companies, you have to know what’s in the firm’s pipeline. It’s all about the next big hit in drugs, which means companies are willing to sacrifice all of their profits, at times, to fund trials for the next big breakthrough. Consider BioMarin (BMRN). It had revenues last year of $538 million and could “easily become a profitable company right now,” says Morningstar analyst Karen Andersen. But it invested $348 million, 65% of revenues, into research and development. Its stock price rose by 35% in the past year, as there’s belief that BioMarin’s pipeline, which includes drugs to combat rare childhood diseases, could prove more than worth it.

Gilead Sciences (GILD) bought hepatitis-C drug developer Pharmasset for $11 billion in 2011. This year, one of the drugs from the purchase, Sovaldi, was made available and has already created $8.5 billion of new revenue by the third quarter of 2014, which Andersen says could surpass the original purchase price by the end of the fiscal year. It’s the best selling first-year drug of all time.

Losing a lot of money at the outset and getting a number of high-profile, first-round draft picks is a similar strategy. Despite all the analysis performed on young basketball players, biotech might have a better understanding of what will make a superstar drug than the NBA has on who will be a franchise talent. But with two nearly seven-foot tall centers drafted, Nerlen Noels and Joel Embiid, plus a highly touted Croatian forward, Dario Saric, in the last two years, the 76ers is betting that its R&D tactic will pay off on the court. Of course, like many pharmaceutical firms, a player’s hype can often overshadow its ultimate value.

In its more than 17 years as a public company, Amazon (AMZN) has yet to show meaningful profits in its annual earnings reports. And this has always been fine because investors wanted a piece of Amazon’s growth as it built its supply chain, increased the number of vendors that sold on its online platform, and grew its customer base. Yet, even as the company’s share of the U.S. retail market continues to grow, investors have begun to express concern about the lack of profits. Amazon’s stock price has dropped 27% over the past 12 months after reaching an all-time peak of $402 in December 2013.

Amazon CEO Jeff Bezos doesn’t seem to mind because it’s not taking him away from his strategy of acquiring new businesses and positioning his service as the lowest priced option, undercutting competition.

In the NBA, acquiring assets is different. You need big-time, All-Star players to win. Think Lebron James, Tim Duncan, or Kobe Bryant. A bunch of above-average players can go far, but they rarely, if ever, win a championship. The only way to acquire such star players is through free agency, trades, or the draft. The 76ers have been growing where they can, which is in draft picks and cash, setting them up for a chance to further improve their asset base, like Amazon, when they’re ready to spend.

Of course, 76ers isn’t like Amazon in this way. If the team waits 17 years to show winnings, fans will have long turned their back on the franchise. But if it pays off, just like the business examples above, others will surely consider adopting the 76ers’ game plan.