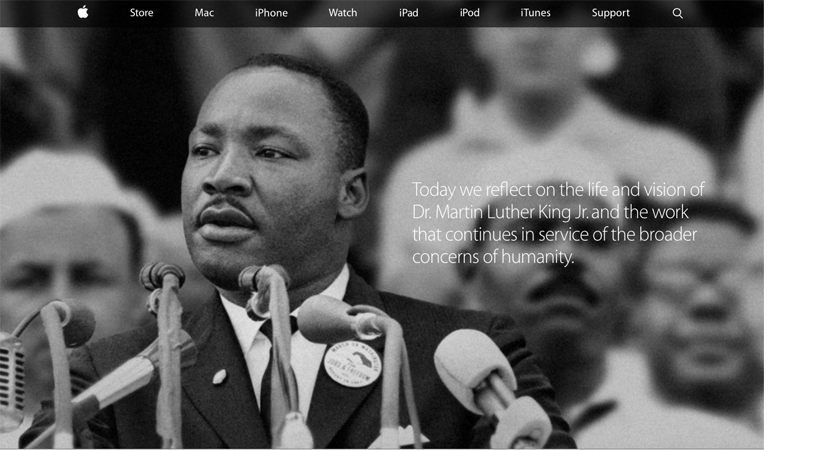 Cook told Charlie Rose in an interview last September that he looks every day at photos in his office of Robert Kennedy and Rev. King, his personal heroes.

“They sacrificed everything, including their lives, as champions of human rights and human dignity,” he said in a 2013 speech at the United Nations.

Cook quoted King high up in the essay in which he acknowledged his sexual orientation.

Unlike other tech firms in Silicon Valley, however, Apple did not give its crew the day off. Instead, according to 9to5Mac’s Benjamin Mayo, the company is donating an extra $50 in gift matching for every hour of voluntary work Apple employees put in helping people less fortunate than they.