Xiaomi’s big win: being in the same conversation as Apple 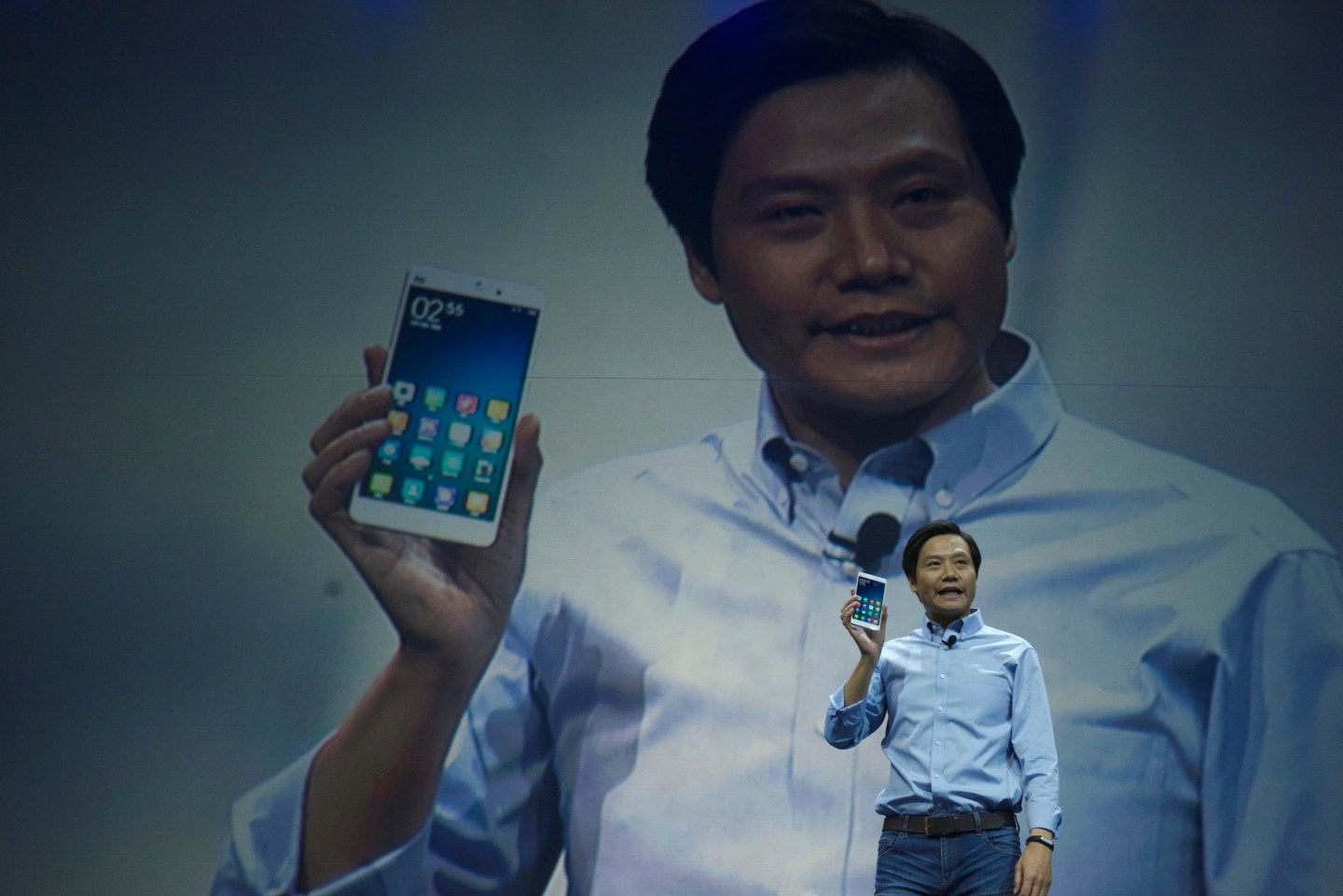 Yesterday the smartphone startup announced two new phones at a Beijing event it surely hoped would change the conversation about the company—and did.

Xiaomi rocketed up the sales charts last year to become the third largest smartphone maker in the world and recently raised money at a $45 billion valuation. It’s had superfans in China for a while, but only recently have global media turned their attention to what’s being called the fastest growing startup in the world. Reporters descended on Beijing from India, the Philippines, Indonesia, and the West for the event that attracted close to 3,000 people.

For all its success, no one has said its smartphones match up to an iPhone. Xiaomi’s may sell for one-third the price of Apple’s phones in China, but critics say you get what you pay for—an Android-based phone with nice, not great, features.

What Xiaomi needed was a phone to take on Apple—and a global tech press to believe it. That’s what it got yesterday.

Xiaomi’s founder and chairman Lei Jun didn’t hold back on stage comparing the new Mi Note to the iPhone 6 Plus.

He said the new Mi Note was 11 grams lighter than an iPhone 6 Plus. “The Mi Note is shorter, thinner and lighter than the iPhone,” Lei added. Oh, and Mi Note’s back camera sits flush in the phone body unlike the iPhone’s protruding one.

Lei showed slides of the iPhone 6’s camera at least three times in short succession. His message was clear: Xiaomi saw the iPhone 6, and believes they upped it.

That’s the message Xiaomi wanted to convey, but it’s not the whole truth. Xiaomi isn’t trying to convince Apple fans they need to switch. Apple and Xiaomi buyers in China are very different right now. iPhones carry steep markups because of China’s 17% value-added tax and other factors (which helps to explain why some people go to extreme lengths to smuggle them in). The iPhone 6 Plus, for instance, runs around $1,000. The Mi Note, meanwhile, will sell for $370 and a faster version for $540. In China, an iPhone means at least as much as a status symbol as a great smartphone. Even with the Mi Note, Xiaomi will be attracting different buyers.

The headlines about it taking on Apple enhance Xiaomi’s own reputation because they make the companies seem like bona fide competitors, which they aren’t yet.

As Xiaomi readily acknowledges, it’s still learning its way. Lei sounded defensive yesterday when he talked about Xiaomi’s lack of a patent portfolio. He said the startup was acquiring key intellectual property and “in 10 years we will have tens of thousands of patents.” The company only started selling phones in 2011, so talk about a big patent portfolio—or comparisons with Apple—aren’t quite fair.

Xiaomi’s overnight success has attracted critics, most notably Apple’s chief designer Jony Ive, who said its designs copy Apple’s; in India the company faced an injunction when Swedish telecom giant Ericsson said it wasn’t paying royalties for key wireless technology used in its phones; and analysts question whether it can ever succeed outside China’s borders where IP laws are more strictly enforced.

At the Beijing unveiling, the crowd roared when Xiaomi played a video of the Mi Note surviving a screen-breaking test. Two twenty-something guys seated behind me led the crowd’s wails. The hoots and hollers yesterday could have as easily been for Xiaomi’s other test—positioning itself in the same conversation with Apple—which it passed quite easily.

Watch more about the latest in smartphone news from Fortune’s video team: