Hong Kong man arrested with 94 iPhones taped to his body 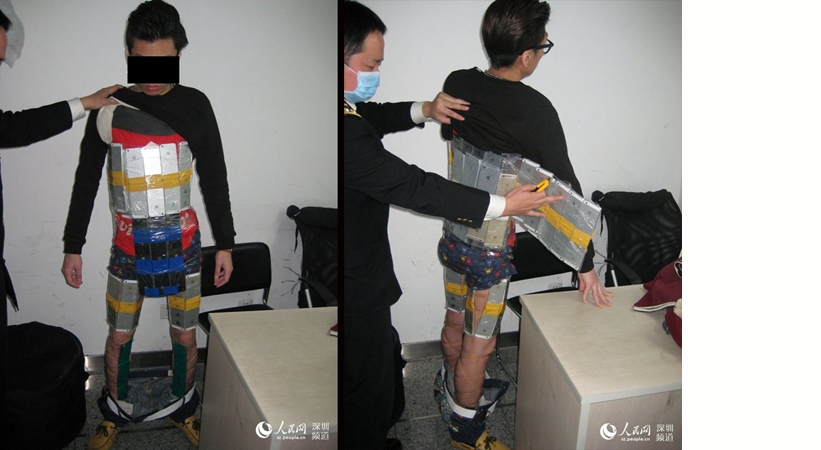 Whatever plans this man had for the 94 iPhones hidden under his clothes, they came undone at Futian Port, an immigration port of entry on the border between mainland China and Hong Kong. Security guards noticed him walking stiffly. A metal detector did the rest.

The phones were seized by customs. The fate of the man is unknown. Under Hong Kong law, smuggling can carry a seven-year prison sentence and a fine as high as $2 million.

Source: Sina News. Thanks to the Sydney Daily Telegraph for the tip.