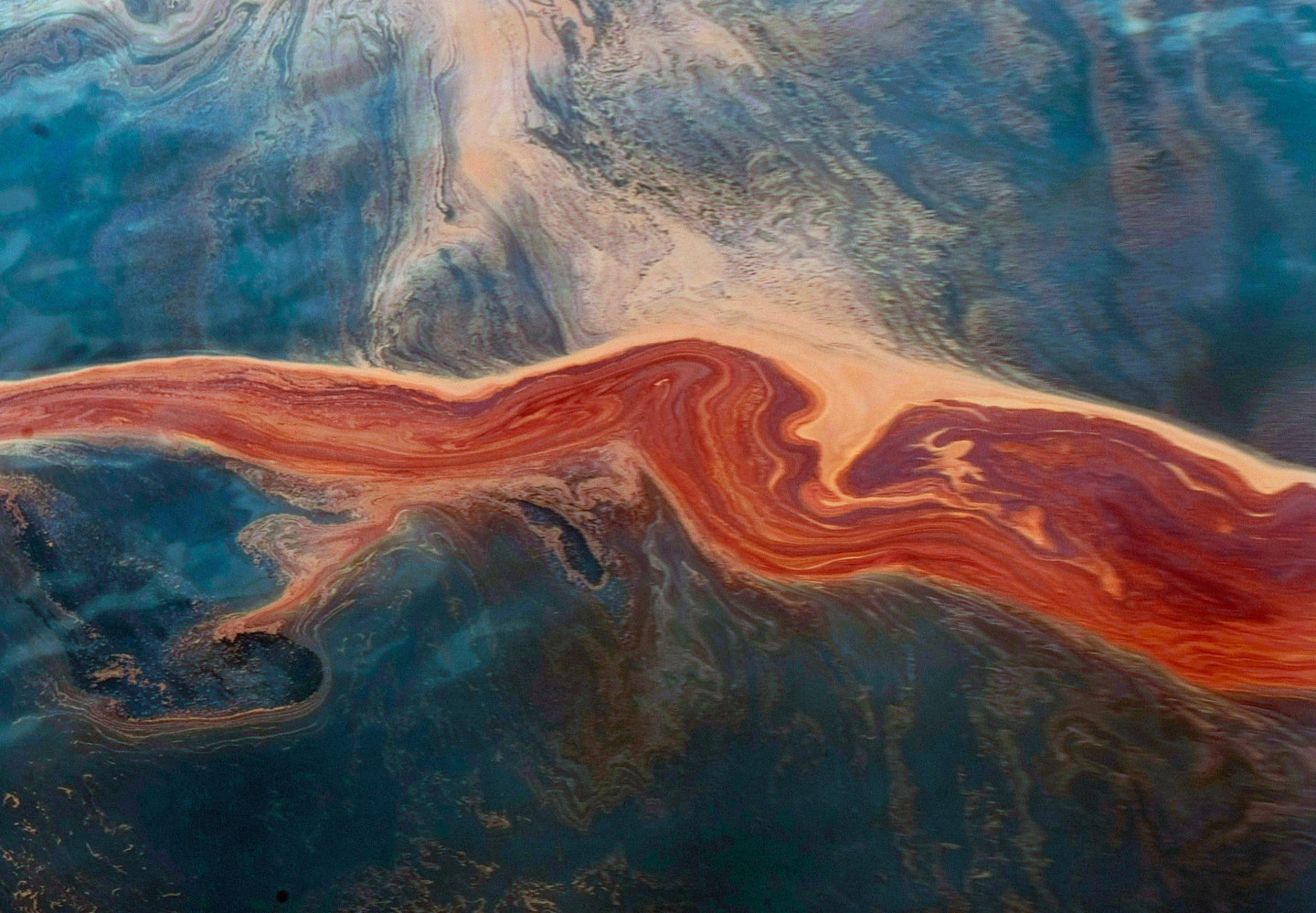 Oil from the leaking Deep Horizon oil rig is seen swirling through the currents in the Gulf of Mexico Thursday, May 6, 2010. BP will attempt to drop a containment dome on the main leak this week in an effort to staunch the flow of crude oil. (AP Photo/Dave Martin)
Photograph by Dave Martin — AP

BP Plc (”BP”) will face a maximum fine of $13.7 billion under the Clean Water Act for its Gulf of Mexico oil spill, several billion less than feared, after a judge found on Thursday the size of the spill was smaller than the U.S. government claimed.

The ruling by federal magistrate Carl Barbier put the size of the worst offshore spill in U.S. history in 2010 at 3.19 million barrels.

That was well below the government’s estimate of 4.09 million barrels, which could have led to penalties of up to $17.6 billion.

BP’s shares rose 2.3% in early trading Friday in London, as investors worried about the size of potential penalties breathed a sigh of relief. The shares were also helped by a rebound in crude oil prices after the International Energy Agency put out a moderately encouraging forecast for the oil market this year.

A brown pelican covered in oil sits on the beach at East Grand Terre Island along the Louisiana coast on June 3, 2010.Photograph by Charlie Riedel — AP

Under a “gross negligence” ruling Barbier issued in September, BP could be fined a statutory limit of up to $4,300 for each barrel spilled, though he has authority to assign lower penalties.

A simple “negligence” ruling, which BP sought, caps the maximum fine at $1,100 per barrel.

In his ruling on Thursday, Barbier said BP’s response to the disaster was not grossly negligent, but stuck to his earlier opinion that it was grossly negligent leading up to the Macondo well blowout.

Penalties will be assigned after the third and final phase of the company’s non-jury trial, which starts on Tuesday in New Orleans. BP lawyers are expected to argue for a small fine per barrel.

“BP believes that considering all the statutory penalty factors together weighs in favor of a penalty at the lower end of the statutory range,” a BP spokesman said.

The first two phases of the trial, over the degree of negligence and the size of the spill, have concluded.

The Clean Water Act penalties would come on top of more than $42 billion the oil major has set aside or spent for clean-up, compensation and fines. About 810,000 barrels were collected during clean-up.

Even after the Clean Water Act fines are set, BP may face other bills from a lengthy Natural Resources Damage Assessment – which could require BP to carry out or fund environmental restoration work in the Gulf – as well as other claims.